BMW's newest sub compact family gets a brand new set of technology and performance features fresh for the 2018 model year. 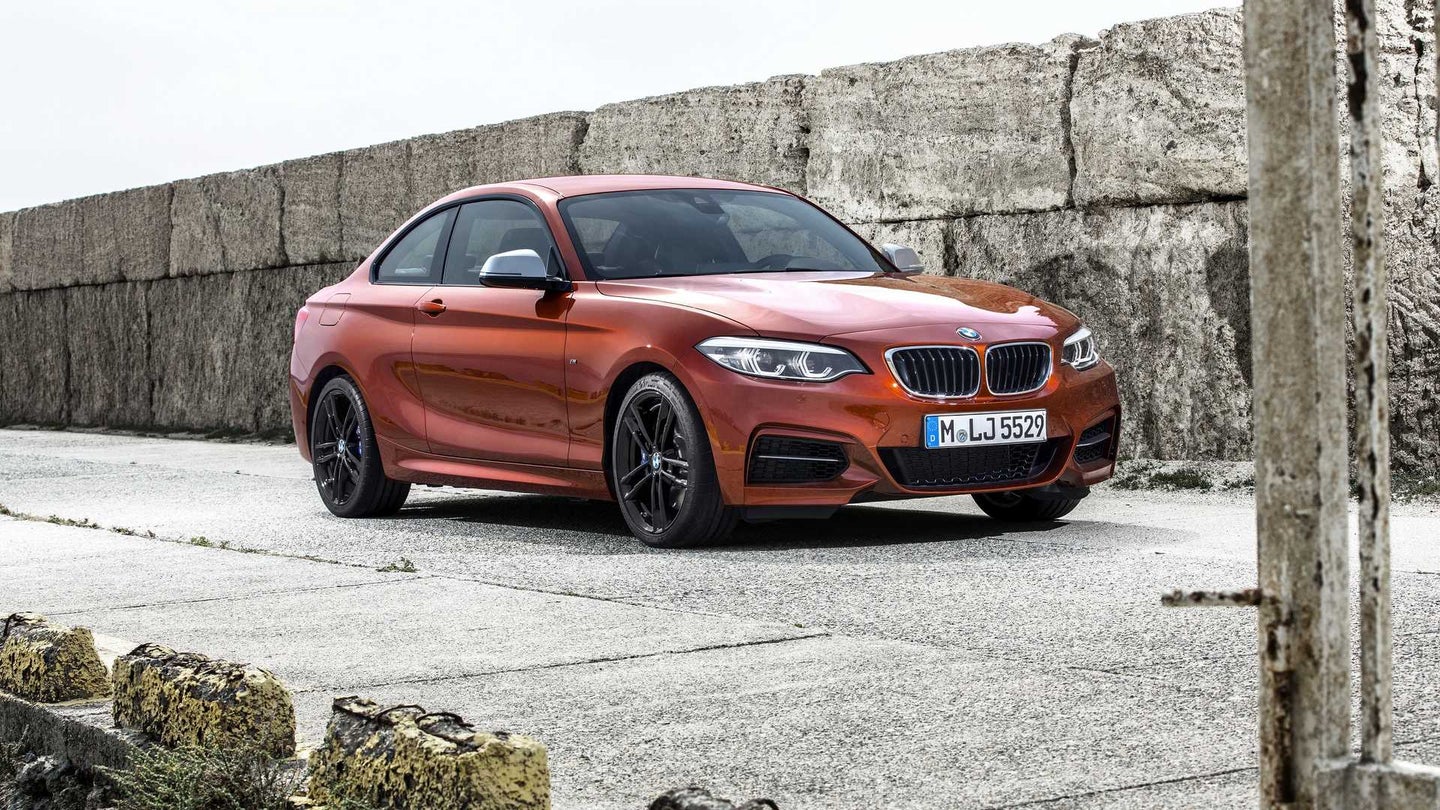 BMW's latest series has just been upgraded with lots of new features, giving the award-winning luxury coupe a fresh personality for 2018.  First debuting in 2014, the compact car series has been intriguing car enthusiasts from day one. Now the 2 series gets a new look and more tech for people to play with, and BMW promises that the plucky little luxury car will have even more character this time around. BMWs have always been optimized for the driving experience, and the Germans say these cars will offer that and more. This year they've updated everything from the instrument panel to the drivetrain; the list of new features goes on and on.

The exterior of the two models have been given a sportier look in general, and they now come stock with BMW's LED headlights. BMW has also come out with three new exterior paints for the cars: two shades of metallic blue and a darker orange. The 230i sisters get new 17" wheels, while the M240i models get larger 18" performance wheels and tires; both variants have options for M Performance packages with even more serious wheels.

The interior of the 2 Series has been redesigned for improved cabin space; BMW is quite proud of their new instrument panel that allows for more space than the previous models.  Owners will also get an updated infotainment system with better smartphone integration.

The variants will of course feature turbocharged motors, a 4 cylinder for the 230i and a 6 for the M240i respectively. All models will come with BMW's advanced AWD xDrive system for better handling no matter what car you pick.

BMW's newest M2 also gets some upgrades, getting the same tech the regular 2 Series gets plus a power boost, dedicated launch control, and an optional dual-clutch transmission.

The compact series has already established itself as a great option for people interested in Beemers, and their newest batch of tech will give prospective buyers lots to think about.