The latest casualty for enthusiasts as we speed towards an electrified future. 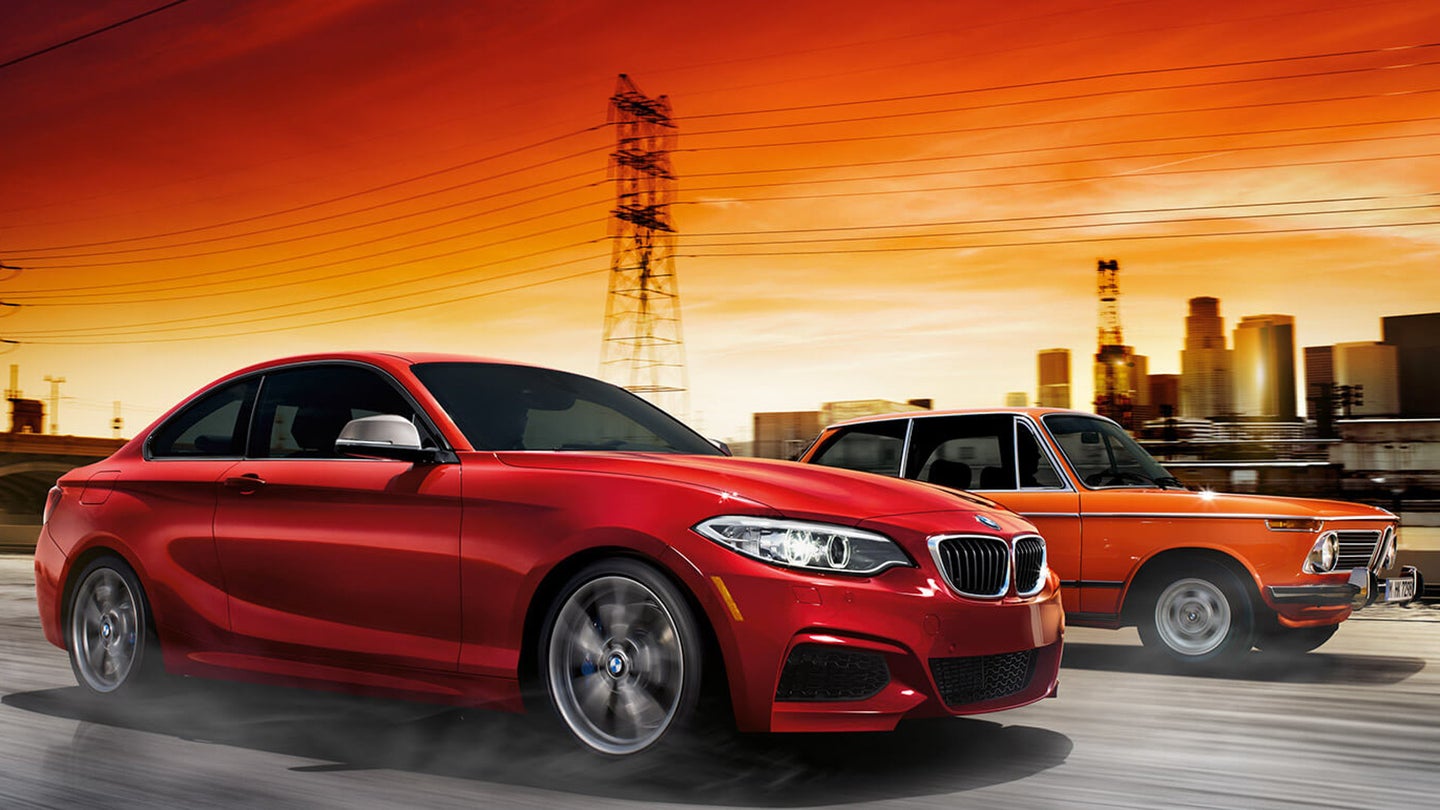 As automakers worldwide struggle to chart the best course leading to the electric promised land, reality is starting to set in—this shit is expensive. Switching over entire manufacturing processes was never going to be cheap, but the research and development needed to develop practical batteries and electric cars is eating away at profit margins at an alarming rate. It's inevitable that companies like BMW would have to cut back on expenses elsewhere to make up for that, and now it's hitting us where it hurts.

According to Reuters, BMW Chief Financial Officer Nicolas Peter told reporters today that the purveyors of Ultimate Driving Machines would no longer offer a manual transmission option on the 2 Series Coupe in the United States. Long seen as the spiritual successor to the legendary BMW 2002 (and even the E46 M3), the 2 Series was the three-pedal, rear-wheel-drive small sports coupe that they just don't make anymore. Except, now that's literally the case.

Given the minuscule take rate on stick shift Beemers—or anything, really—these days, BMW decided the money needed to certify the manual transmission option in the U.S. was better spent on electric car research and development. Worldwide, the company will reportedly also cut down on a range of little-used engine and interior options, including a range of diesel engines on the 5 Series sedan and the over 100 different steering wheel setups available across the company's model range.

"Our biggest lever is to reduce complexity and lower the amount of choices there are," Peter said, according to Bloomberg. "Profitability on electric cars is definitely challenging."

That's a slight understatement. Since 2008, BMW's research and development spending has doubled to $5.9 billion, much of that poured into electric powertrains. Even though the company has shifted away from building pure electric models under its "i" brand in favor of adding battery packs to existing cars, that number only figures to rise in the next few years. Only time will tell where the next ax will drop.