The first generation 3-Series demonstrates the connection between modern BMWs and the classic 2002. 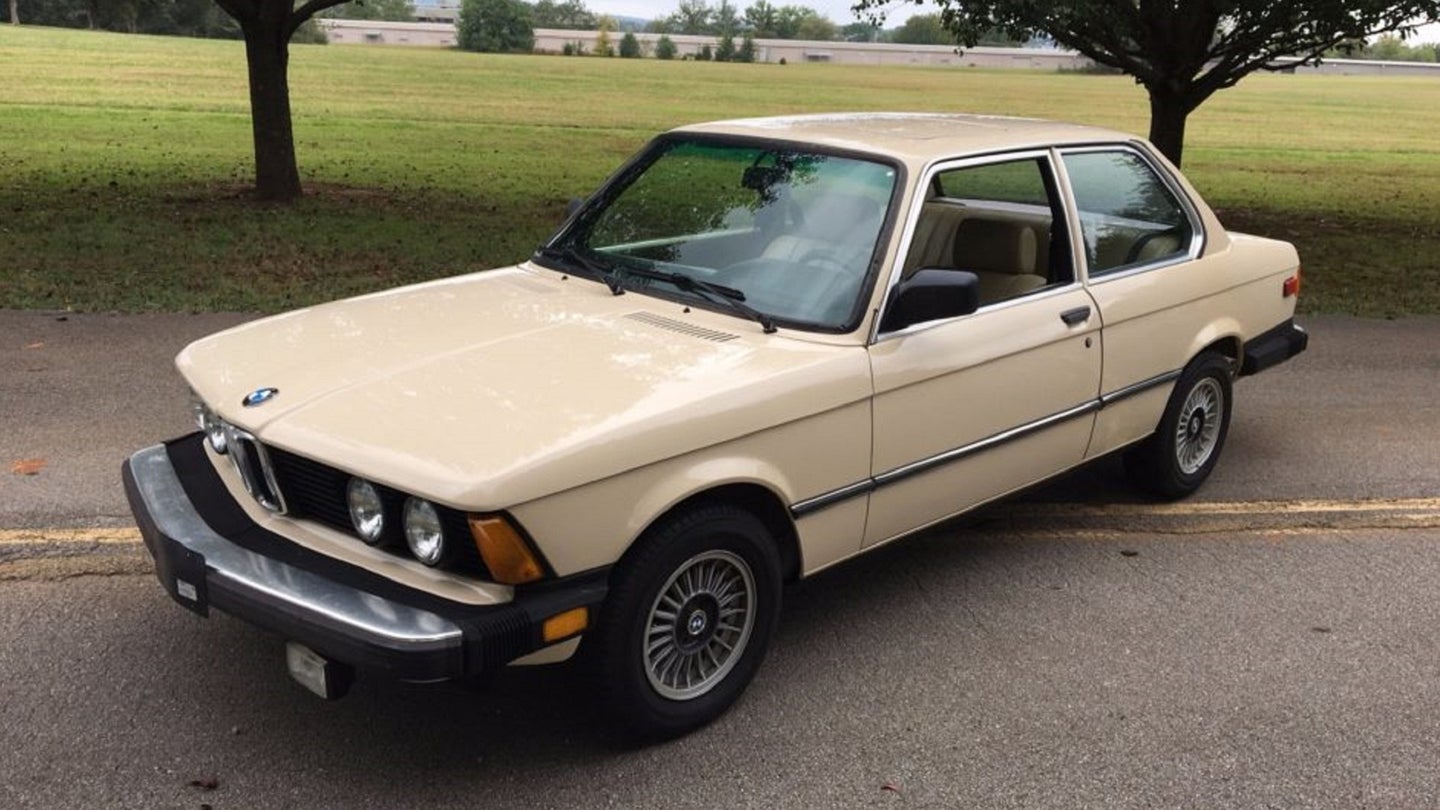 The 3-Series is one of BMW's most iconic models, and certainly the brand's bread and butter since its introduction in 1977. The original E21 chassis, which was built from 1977 through 1983, is often overshadowed by the faster and better performing models that came after it. But the E21 is the "missing link" in the model's history that connects it directly back to the classic BMW 2002. This E21 320i is a beautiful example of the car's metamorphosis from a bare-bones sports sedan into the "Ultimate Driving Machine" it came to be.

In the 1970s BMW was moving upscale. Models like the 5-Series and the swoopy coupes like the 3.0CSi were putting BMW on the map as a true competitor to Mercedes in the luxury market. But the 2002, despite a facelift in 1974, was showing its age compared to the company's latest offerings. BMW decided to introduce the 3-Series as an entry-level sports sedan.

The E21 chassis was strongly based on the 2002. It actually has more in common with the older car than any 3-Series that followed it. The hood swung forward to open like the 2002. Early models used the same 2.0-liter four-cylinder engine as the 2002 with the addition of Bosch electronic fuel injection. Later models like this one were reduced to 1.8-liters, but improved gearing made it just as quick as earlier models and featured a fifth gear for improved fuel economy.

The unusual vertically-mounted stereo in front of the shifter provided enough room under the dashboard for air conditioning to be added. The new dashboard reflected the more modern look introduced in the 5-Series. This basic design spread to all BMWs and has stayed with them ever since. The standard vinyl seats were unremarkable but the optional Recaros were excellent—a popular upgrade for both the 320i and the 2002, which they bolt right into.

The suspension was also similar to the 2002, with MacPherson struts up front and semi-trailing arms in back. This, plus greater suspension travel and a softer ride, allowed a great deal of weight transfer, making the 320i a bit of a handful to drive at the limits.

The original BMW 3-Series was a decent car, but it was this car's successor, the E30 platform, that became an extremely popular status symbol in the 1980s, as well as a budget enthusiast's car today. But the progression from the 2002 to the E30 is clear to see in the E21, and BMW perfected the formula in the later car. Even the drivetrain of this 320i lived on in the E30 318i through the mid-1980s.

This particular 320i on Bring a Trailer is in excellent condition, especially considering its age and 199,282 miles. 1983 was the final year of the E21 platform, and this car is a fine example of the last of the original 3-Series. Bidding is open, with no bids as of the time of this post.

Can we take a clapped-out classic sports sedan from the 1980s and make it rally, race, and climb a mountain?