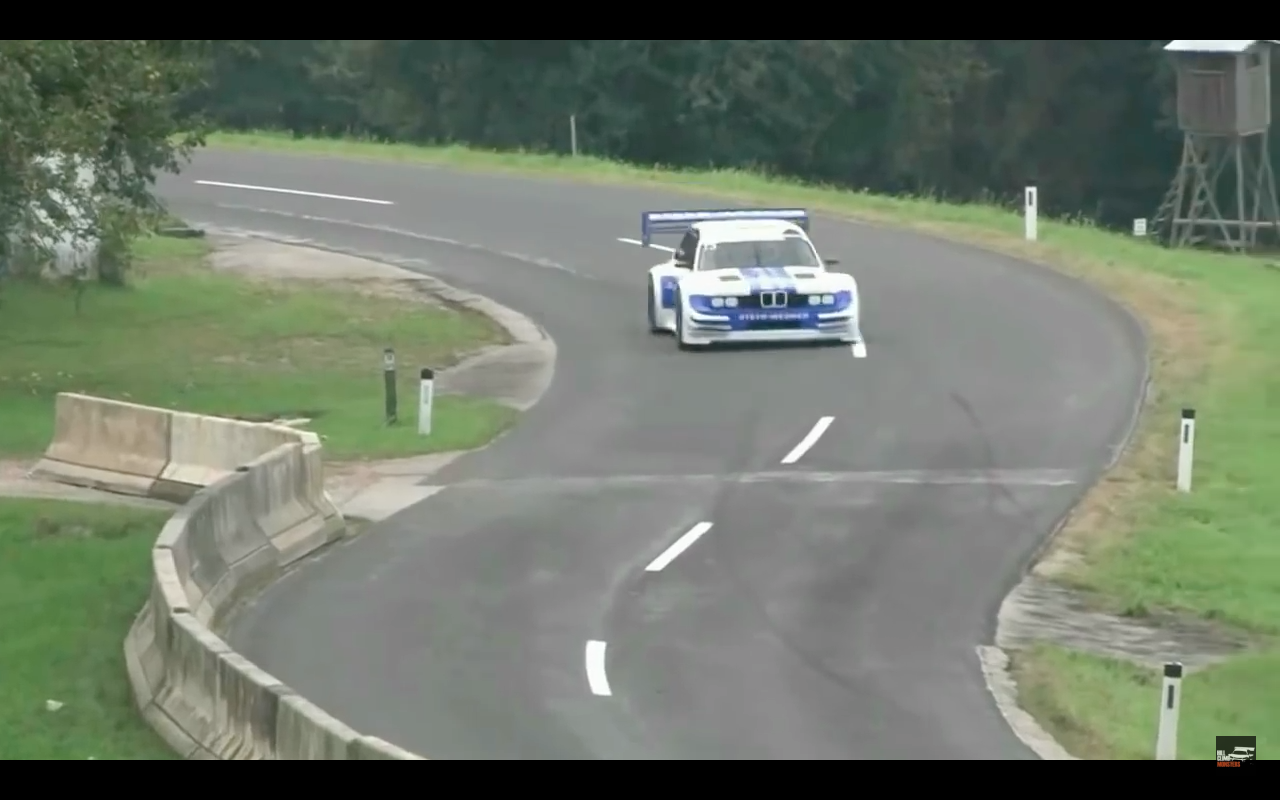 Engines sourced from open-wheel racing series make for excellent pairings with other types of race cars. Most of us have seen the old video of eclectic millionaire Georg Plasa's BMW 134 Judd hill climb car, which was powered by a Judd-built V8 with roots in Formula One. Sadly, Plasa's famous BMW has been silent since it crashed. Fortunately, someone with a BMW E30 and a big lump of cash has seen fit to turn their car into an analog for its famous predecessor.

This magnificent creation is the property of Erich Edlinger, for whom Team Edlinger is named. The team's signature car is based off of the frame of a car that was once a BMW 320i, and is now called the 320 IRL. The engine itself is a former Chevy IndyCar power plant displacing 3.5 liters, which will spin as high as 11,500 RPM and makes its peak power of 570 horsepower at 11,300 RPM. According to the team's website, the engine was meant to use methanol but has been reworked, as methanol is banned in the racing division that Team Edlinger aims to compete in.

The transmission is another piece of top-tier equipment. It is a dual-clutch unit from the now-defunct Prost Formula One Team, named for F1 legend and world champion Alain Prost. It was used up until 2000, according to the team. The hydraulic circuit and electronic systems used to control the transmission are specially made for this car. Other performance enhancing features include traction control, carbon ceramic brake rotors, and antilock brakes.

None of us will ever get to drive this car—but considering what a unicorn this BMW is, we should consider ourselves fortunate we get to see it at all.

The track day-ready coupe will reportedly debut in March 2019.