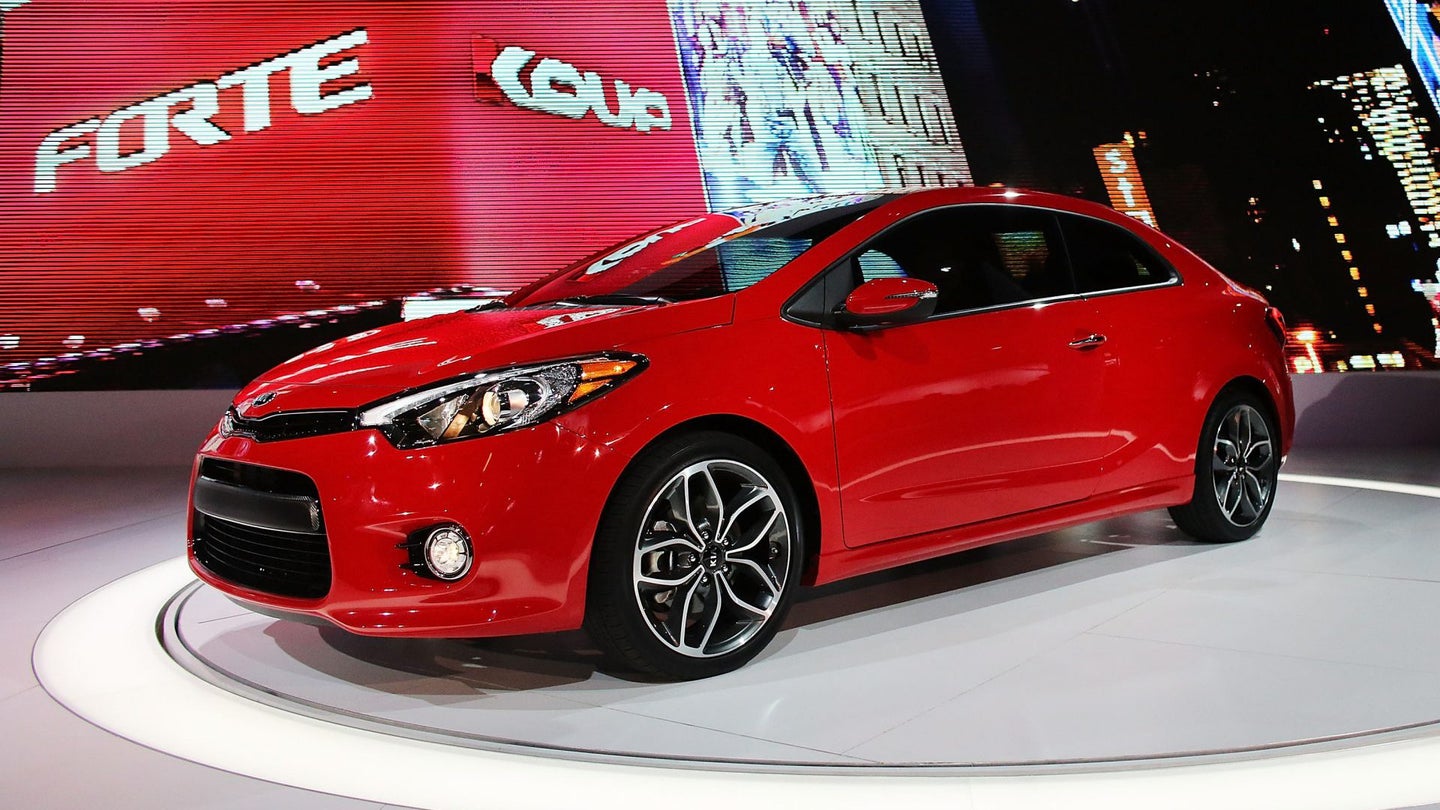 It is with a heavy heart that we report the passing today of an icon in compact Korean motoring and sensational spelling: the Kia Forte Koup. In a statement to CarsDirect, Kia spokesman James Hope announced the discontinuation of the Korean automaker's budget two-door. "To better align with our customers’ purchasing trends, KMA will discontinue the two-door Koup following the sell-down of remaining 2016 model year inventory."

As the price of gas fell and crossover sales rose, sales of cheap and compact cars such as the Kia Forte Koop took a turn for the worse, unsurprisingly resulting in its demise. Given the quality of its chief remaining competitor, the correctly-spelt Honda Civic Coupe, this car's death becomes even less surprising. However, Kia is not giving up on other members of the Forte line just yet, as "Kia Motors America (KMA) is committed to maintaining competitiveness and leadership in the compact car segment as evidenced by recent enhancements to the Forte sedan and Forte5 for the 2017 model year."

A brand new Kia Forte2 starts at $19,890, but we suspect the Korean Coop can be had for significantly less than that taking rebates and dealer discounts into consideration. Those of you looking for a deep discount on this purported Fiesta ST-killer, however, might want to act sooner rather than later given today's news.