Apparently, Kia’s photographer took the day off, so here’s the next best thing. 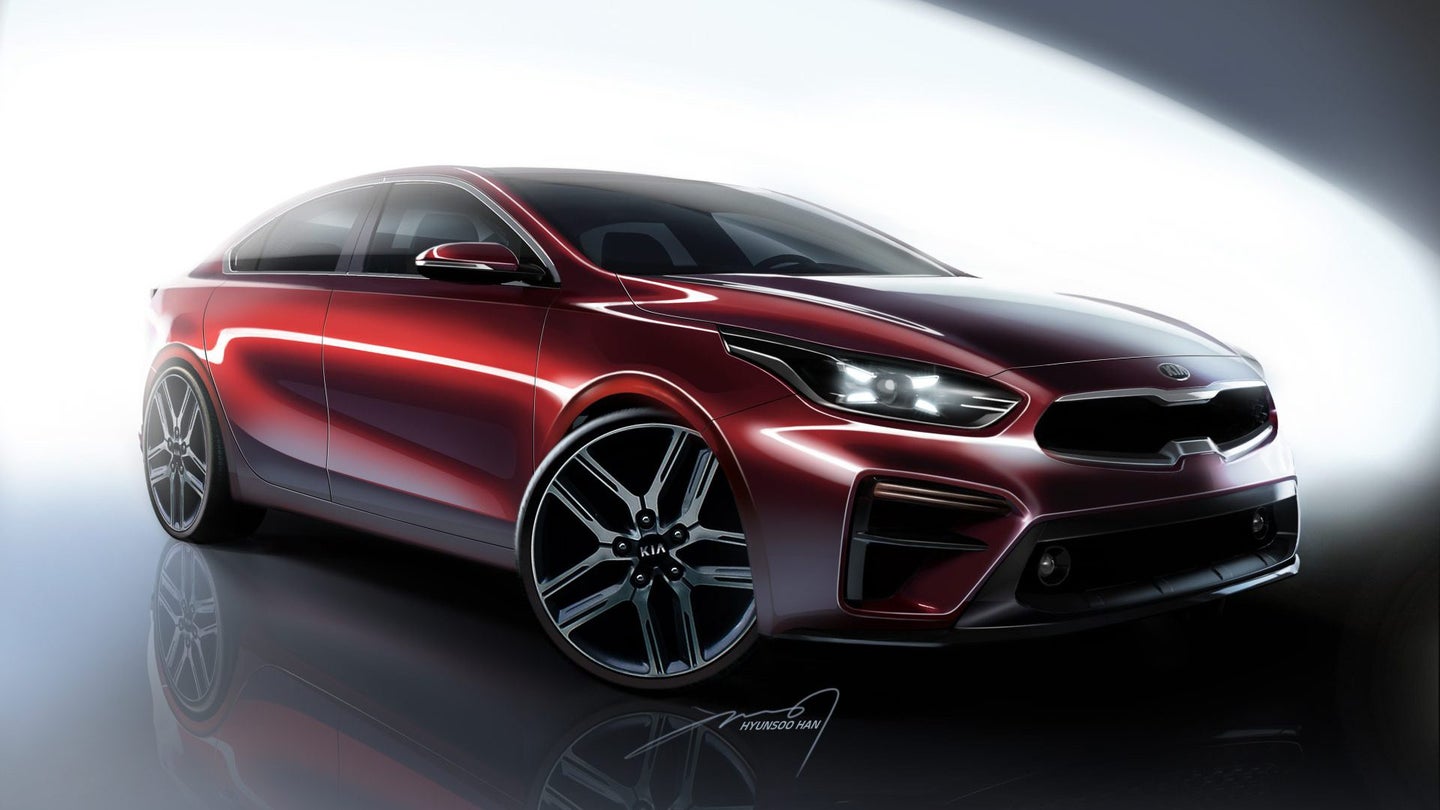 Ahead of its debut in Detroit next week, Kia is teasing the newly-redesigned 2019 Forte sedan not with strategically lit-and-framed photographs but with a set of sketches that look like they were done by a caricature artist found on the streets of Seoul.

Bar the oversize wheels and lack of door handles, this burgundy Kia looks production-ready and decidedly less frumpy than the car it replaces. With a more sculpted hood, interesting headlight design, and fully-committed "Tiger Nose" grille, the third-gen Forte sports a front fascia slightly reminiscent of the luxury car-baiting Stinger.

Moving to the rear, the car looks more upscale than before with a set of snazzily-designed LED taillamps paired with reverse lights and turn signals that are apparently separate, located on the corners of the bumper.

On the inside, the Stinger influence continues, borrowing design elements from the best of Germany. Note the door panels by Audi and the turbine-shaped air vents that mimic something out of the Mercedes-Benz parts bin. While nobody should reasonably expect the new compact Kia to match those marques in terms of luxury or material quality, it's not bad at all for a compact car expected to start at well under $20,000.