If you want a serious luxury sedan and you’re not a badge snob, the new K900 is one of your best options. 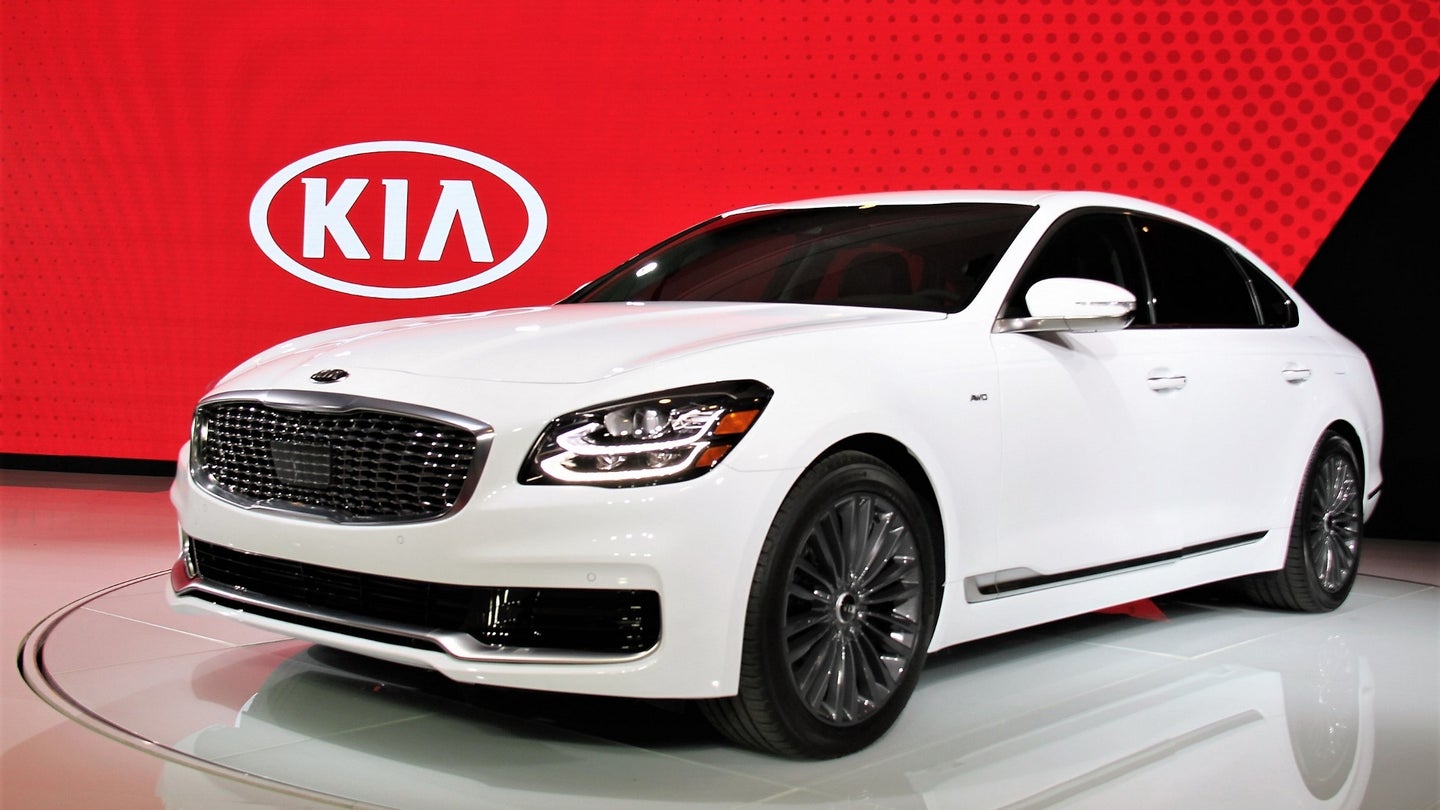 You know the Kia K900? The rear-wheel-drive, full-size luxury sedan from Kia? Oh, you’ve never heard of it? That’s understandable. Well, it exists, and the second-generation model just debuted at the New York Auto Show.

The Kia K900 has been quietly serving as the Korean brand’s flagship sedan since 2013. It’s based on the Genesis platform shared by both the G80 and stretched G90 sedans. The obvious difference is that the K900 is a Kia and has less brand panache than a Genesis, which means a lower price tag. If you’re in the market for a full-size rear-wheel-drive luxury sedan and you’re not a snob about which brand you drive, the Kia K900 is actually a pretty solid choice.

It’s an even better choice now that the second generation is out. With an updated look inside and out, high-end interior materials and technology, and standard all-wheel drive, Kia’s flagship luxury sedan is more competitive than ever.

Although the Kia K900 is a budget-friendly luxury car, its look is anything but low-budget. It has a refined, understated look that calls back to a simpler time when luxury sedans weren’t so showy, but it still looks distinctly modern. It has that bucktooth Kia corporate grille, but it’s a classy interpretation of the look.

The inside of the K900 is where the action is. If you ignore the “Kia” badge on the steering wheel, it would be easy to forget you’re in a Kia. It has highly customizable leather seats in front and back allowing all occupants to put them at just the right settings to maximize comfort. Heating and ventilation are available on all four seats and the back seat gets a lot of control over the rear climate and the audio.

One of the coolest things about the first-gen K900 is that you could get it with the fantastic Hyundai 5.0-liter Tau V8 engine under the hood which made over 400 horsepower. It looks like the new one won’t have a V8 option, but it’s hard to complain considering it’s getting the 3.3-liter twin-turbo V6 found in the Kia Stinger GT that makes 365 horsepower and 376 pount-feet of torque.

Pricing hasn’t been announced yet for the 2019 Kia K900, but we’re expecting it to remain an excellent value like the outgoing model was. If you want a Kia Stinger that goes a step further in luxury, the all-new Kia K900 will be a great option.

In a world where sedans are dying off, the budget Genesis will carry on with a second generation.