In a world where sedans are dying off, the budget Genesis will carry on with a second generation. 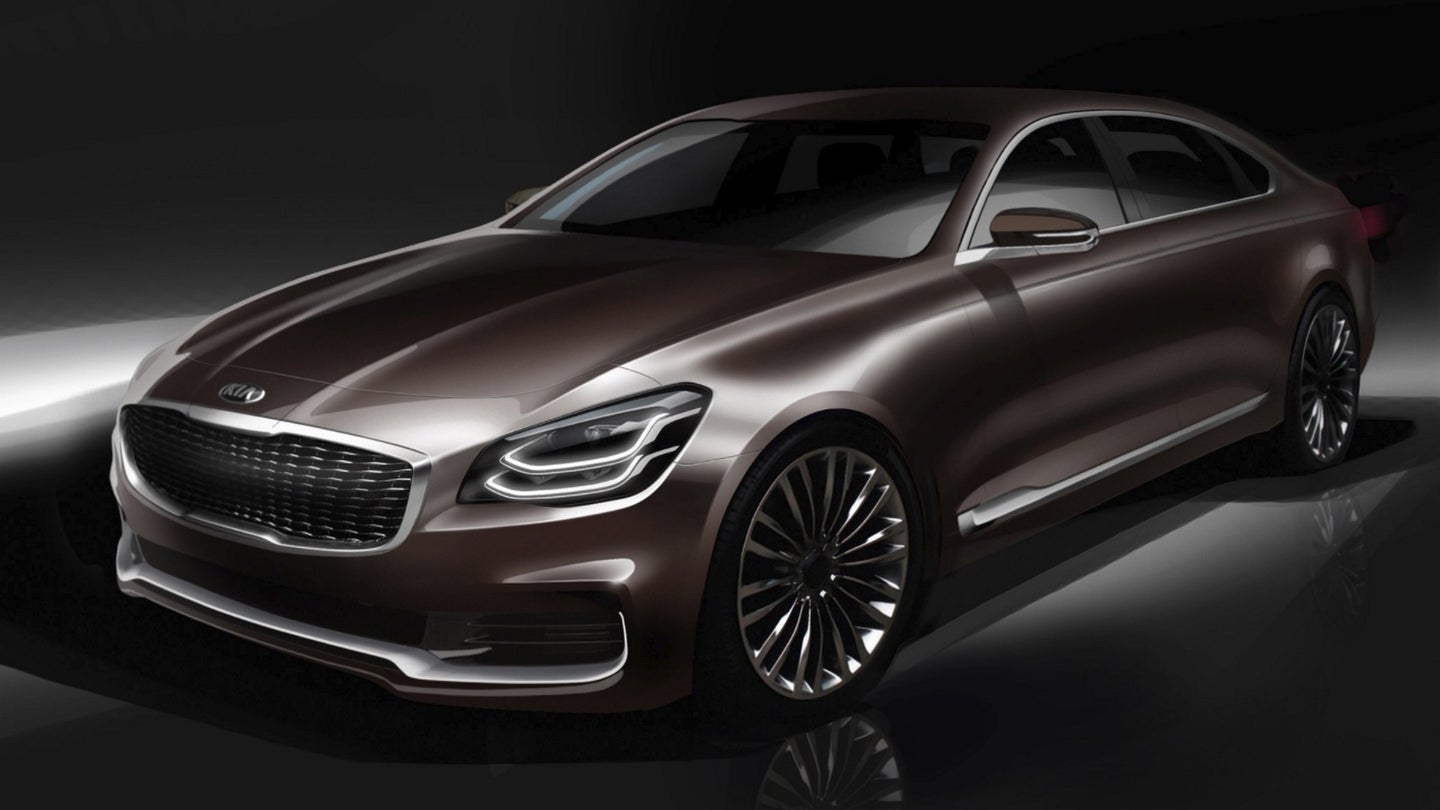 You may have forgotten that the Kia K900 exists, or maybe you've never even heard of it, but Kia’s big luxury sedan is getting an update. Kia tweeted some concept drawings of the new car on Monday and dropped some very official-looking images of the actual car on Tuesday on the brand’s global media site.

To recap, the Kia K900 (called the K9 in South Korea) is a full-size, rear-wheel-drive luxury sedan. No, it’s not a Genesis, which is under the same corporate umbrella as Kia, but it is a derivative of the BH-L platform shared with the Genesis G80 and G90. Basically, the K900 is a budget Genesis, but it’s actually very luxurious and you can even get one with Hyundai’s 420-horsepower 5.0-liter Tau V8 engine.

The car’s existence has been a bit of a mystery ever since it was introduced for the 2013 model year, but the K900 is getting a second generation that will make its live debut at the New York International Auto Show next week. The new K900’s look is a bit more sophisticated than the outgoing model that looks, well, a little too much like a Kia. It isn’t a bad looking car, but it also doesn’t look like a $50,000 luxury sedan.

In an automotive market that’s rapidly transitioning from sedans to crossovers, Kia is making a pretty strong commitment to traditional three-box sedans. The brand has six sedans in its lineup, two of which are rear-wheel drive, and since the K900 is getting refreshed, it looks like it’s not going away for a while. The idea of spending $50k on a Kia might sound weird, but if you want a Genesis without spending Genesis money, the K900 is a solid, budget-friendly alternative. The second-gen K900 will be available starting in the second quarter of this year.