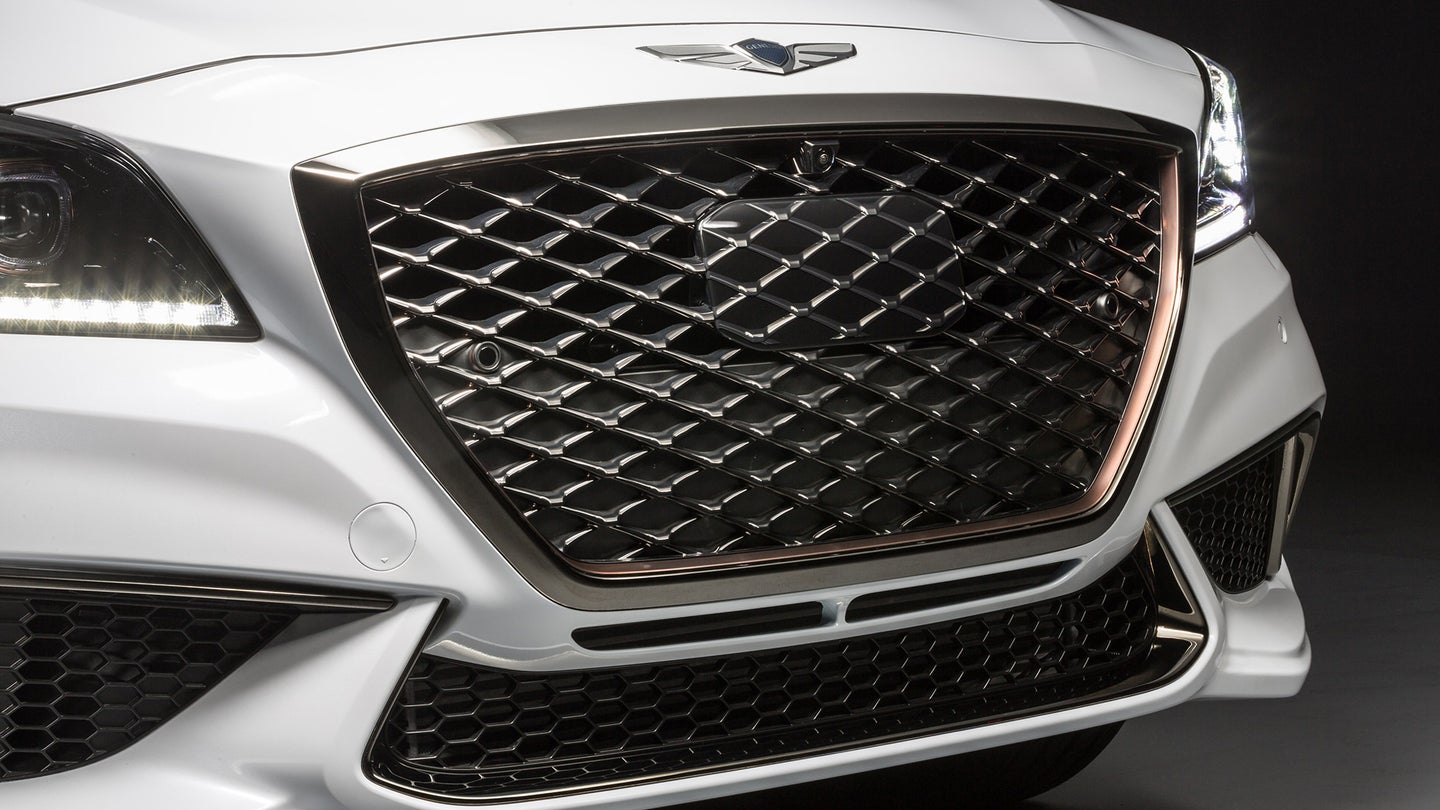 Hyundai's luxury spin-off division Genesis may be new, but it's already chipped out a decent little foothold in the fancy car market on the strength of its grande and venti sedans, the G80 (formerly known as the Hyundai Genesis) and the G90 (the successor to the Hyundai Equus). But tradition holds that you can't be a true luxury car company until you have a big, fancy gran turismo in your lineup...and according to the automaker's chief designer, that's exactly what Genesis has planned.

"There’s certainly going to be a gran turismo two-door,”  Luc Donckerwolke, Genesis head of design, said at the New York International Auto Show this week, according to Australia's Car Advice.

Donckerwolke knows a thing or two about penning fast-looking two doors. He designed the Lamborghini Murcielago and Gallardo during a stint at the Italian supercar-maker, before moving up to become design director for Bentley.

Of course, while a large, front-engined two-door may be an automotive designer's dream, those sorts of vehicles are rarely the big money makers in an automaker's lineup. Nowadays, the cash is in SUVs—so we fully expect a production version of the GV80 concept Genesis revealed at this year's New York Auto Show (with or without the fuel cell powertrain) to arrive first. And that presumably won't arrive until after Genesis's 3 Series/C-Class competitor—which will almost certainly be called G70—arrives at some point this year. That puts the coupe at least two years out, in all likelihood—and more likely quite a bit further in the future.

Don't expect the upcoming gran turismo to have the appropriate number of cylinders under the hood, though. While Genesis currently offers a silky naturally-aspirated V8, the brand's twin-turbo V6 is nearly as powerful. And like much of the industry, Hyundai luxury brand is pushing towards more eco-friendly powertrains.

"As much as I like to drive V8s, I believe electrification is going to be a main element [of future Genesis models]," Donckerwolke said. "A range-extender fuel cell for an electric vehicle or an electric powertrain, it’s a great source."