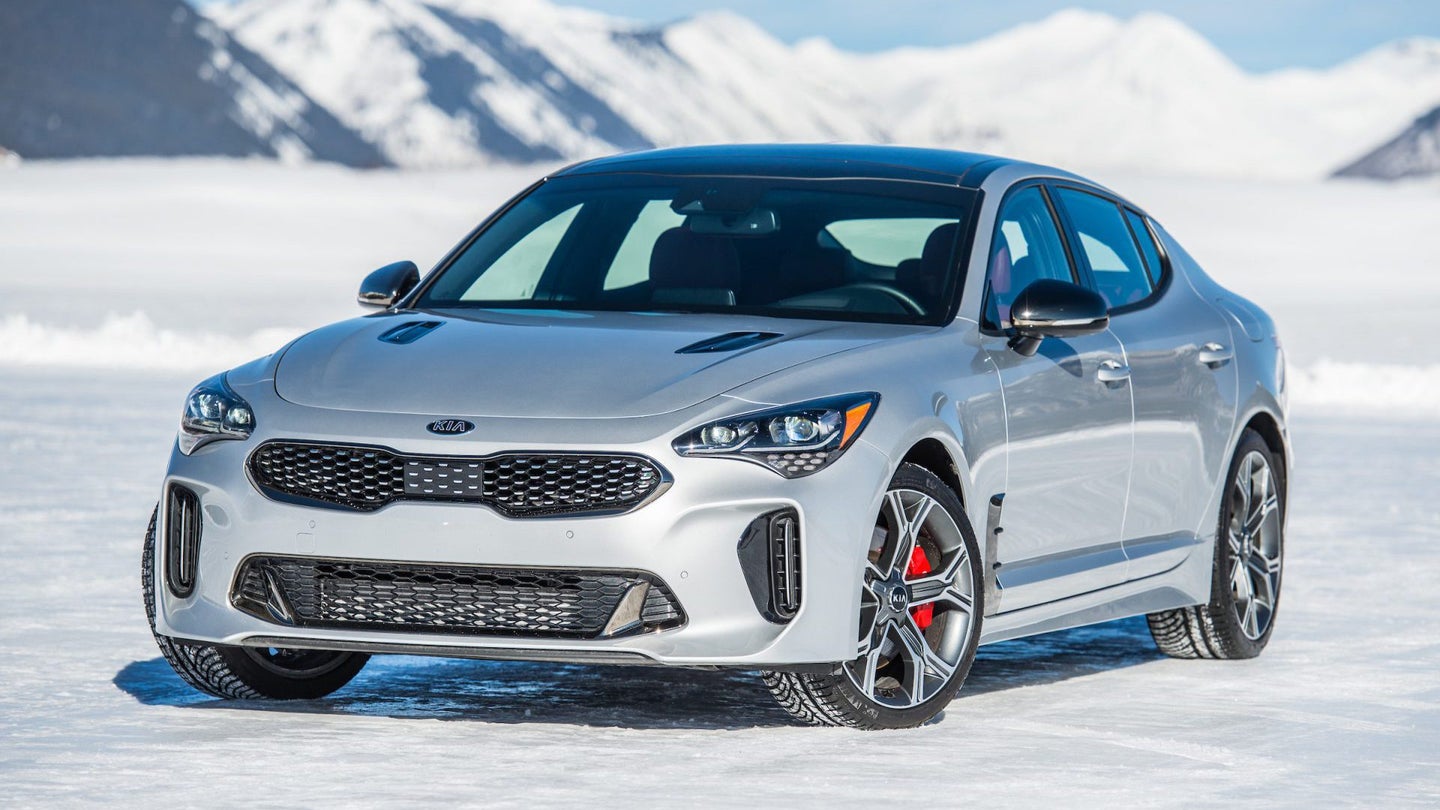 Kia is issuing a recall on 2018 model year Stinger sports sedans over a front-end wiring harness that's at risk of catching fire.

According to a National Highway Traffic Safety Association filing, wiring that extends from the engine compartment into the cabin may get damaged from rubbing up against a sharp edge on the driver's side front fender, and could potentially short circuit. Exactly 16,011 cars are potentially affected by this manufacturing error.

The Korean automaker has reported one related fire on a customer vehicle back in May of this year, but no related injuries have been reported.

Once affected Stinger owners are notified, Kia dealers will inspect the cars free of charge. All affected cars will get a cover installed to separate the wiring from the fender, while harnesses that have already been damaged will, obviously, be repaired. The recall is scheduled to begin Dec. 20. Concerned owners may contact NHTSA at 1-888-327-4236 to check if their specific Stinger is affected, by visiting www.safercar.gov, or contact the Kia customer service hotline at 1-800-333-4542.

The Stinger is Kia's budget-minded answer to long-legged, luxury four-doors such as the BMW 4 Series Gran Coupe and Audi A5 Sportback. Starting at $31,900, it's powered by either a 365-horsepower 3.3-liter twin-turbo V6, or a 255-horsepower 2.0-liter turbo-four. When The Drive's resident new dad got his hands on one, he called it "one of those have-your-cake-and-eat-it-too deals," offering German sports sedan thrust for several grand less.