Would you pay over fifty large for a Kia? 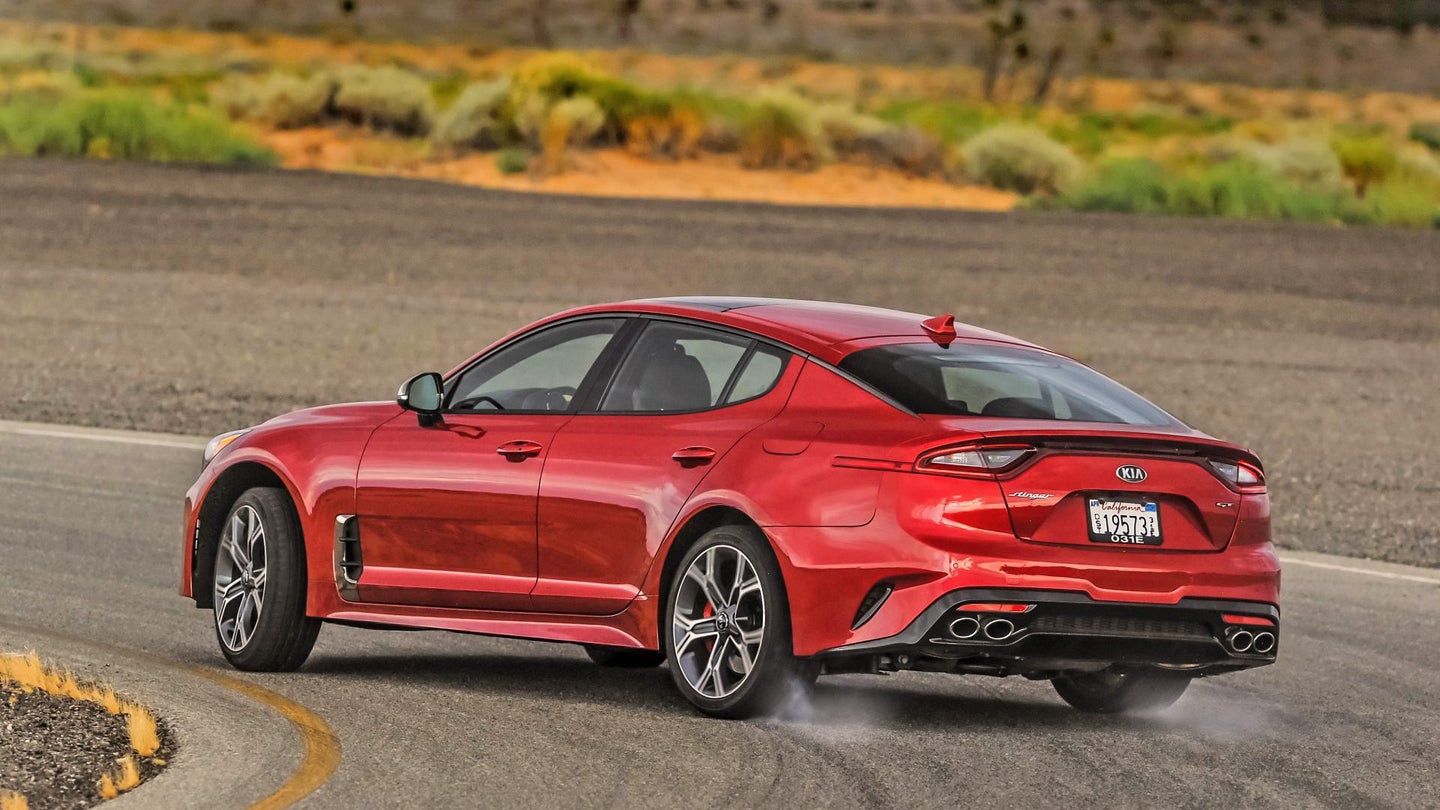 Set to hit American showroom floors this December, the Kia Stinger will have a starting price of $32,795, the Korean automaker has confirmed with The Drive. That gets you into the base, twin-scroll turbo four-cylinder Stinger, good for 255 horsepower, 260 foot-pounds of torque, and a 5.9-second sprint to 60 miles per hour.

"The Stinger has nothing to do with being the first to arrive at the destination. This car is all about the journey. It’s about passion,” says Kia chief designer Gregory Guillaume.

However, those looking to indeed be the first to arrive in their Korean sports sedan will likely be interested in the V6 GT model, which starts at $39,895. The 3.3-liter twin-turbo six-pot here produces 365 horsepower, 376 foot-pounds, and gets the car to 60 mph in 4.7 seconds—quicker, as Kia points out, than a V6 Porsche Panamera. In addition to the bigger speed, V6 Stingers also come equipped with the automaker's first electronically-adjustable suspension, variable-ratio steering, and Brembo brakes behind all four wheels.

Speaking of wheels, all-wheel drive is a $2,200 option available on all Stingers.

For those looking to splurge, a top-of-the-line Stinger GT with all-wheel-drive will run you $52,595. That car will sport a 16-way power adjustable driver's seat, a limited-slip differential, head-up display, lane-departure warning, and adaptive cruise control. While more than 50 G's for a Kia may be a bit of a hard sell, we're looking forward to loaded Stingers becoming value proposition heroes once they start hitting the used market in a couple of years.

Here's the full Stinger-price breakdown, according to a company spokesperson:

Rejoice, the Kia Stinger Might Get a V8 Option

If the rumor is true, it sounds like eight cylinders will be a U.S.-only option for Kia’s new sport sedan.