Rejoice, the Kia Stinger Might Get a V8 Option

If the rumor is true, it sounds like eight cylinders will be a U.S.-only option for Kia’s new sport sedan. 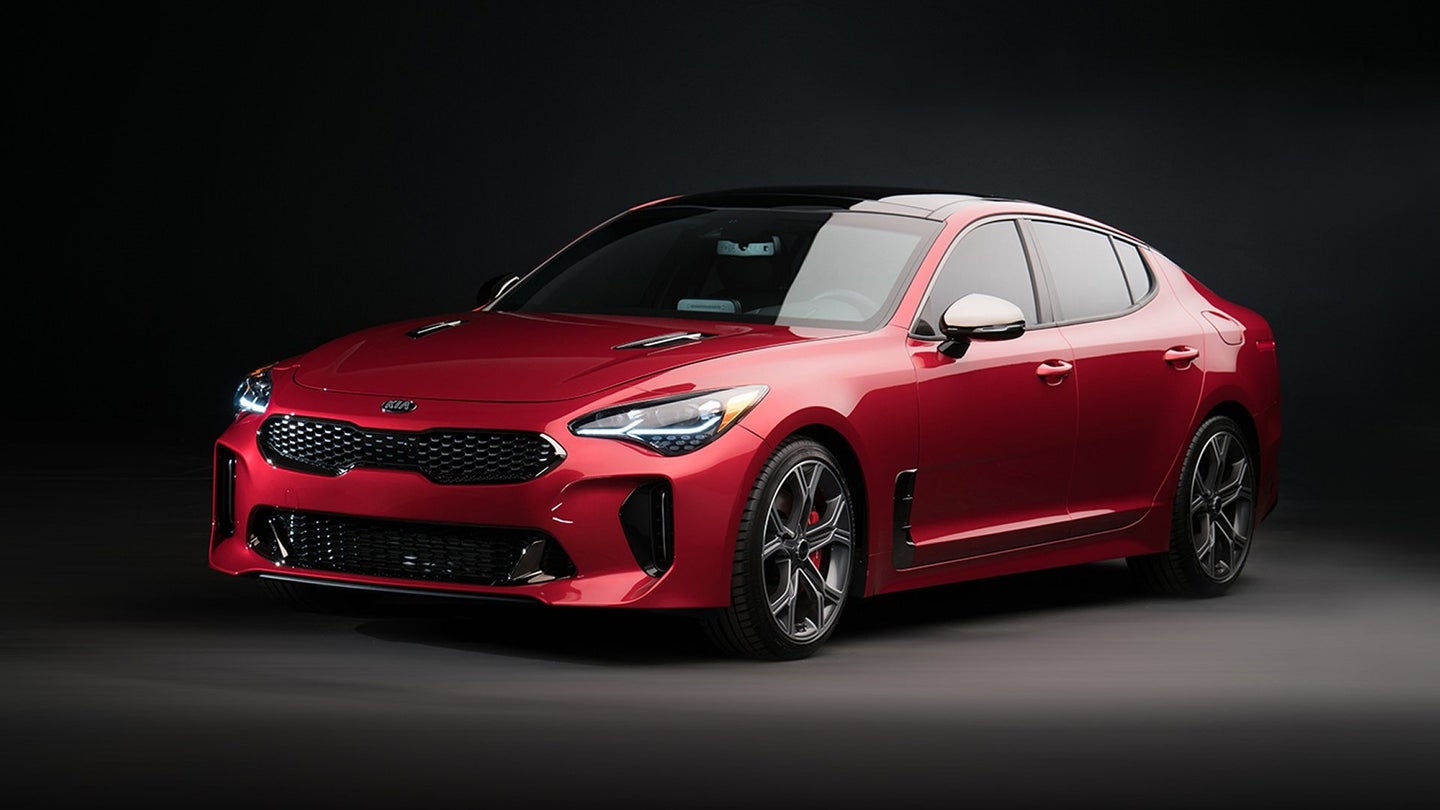 What if I told you ten years ago that a direct competitor to the Dodge Charger R/T was on its way to the U.S. from Kia? Understandably, you would laugh at me, but if rumors are to be believed, a new family muscle car might be coming from the most unlikely of brands in the form of a V8-powered Kia Stinger.

Kia Australia general manager of media and corporate communications Kevin Hepworth told Australian publication Car Advice that “We have not even considered a V8 for Australia,” but that he believes “they’re developing one.” “There may be a possibility the US could pick it up,” Hepworth continued. “We’ve not heard about it [for an Australian launch]. We haven’t entered into discussion for a V8.”

Car Advice has since updated its article stating that Kia Australia has reached out saying Car Advice heard something wrong due to an interrupted phone connection (yeah, sure) and basically that they won’t confirm nor deny a V8 Stinger. Take that however you’d like.

Car Advice sensibly speculates that if the Kia Stinger were to be offered with a V8 under the hood, the mill would be the 5.0-liter Tau V8 available in the Genesis G80. The Stinger and the G80 share some components and the two cars are about the same size, so the Tau engine, which makes 420 horsepower and 383 lb-ft of torque, would make a lot of sense.

While it might sound a bit crazy to offer a rear-wheel drive Kia sedan with a V8 in a market where all anybody wants is crossovers, it might be crazy enough to work. The aforementioned Dodge Charger R/T and its corporate cousin, the Chrysler 300C are really the only other cars in this specific class in this price range. This Kia could eat up some market share that FCA might be starting to take for granted while generating some excitement about the brand.