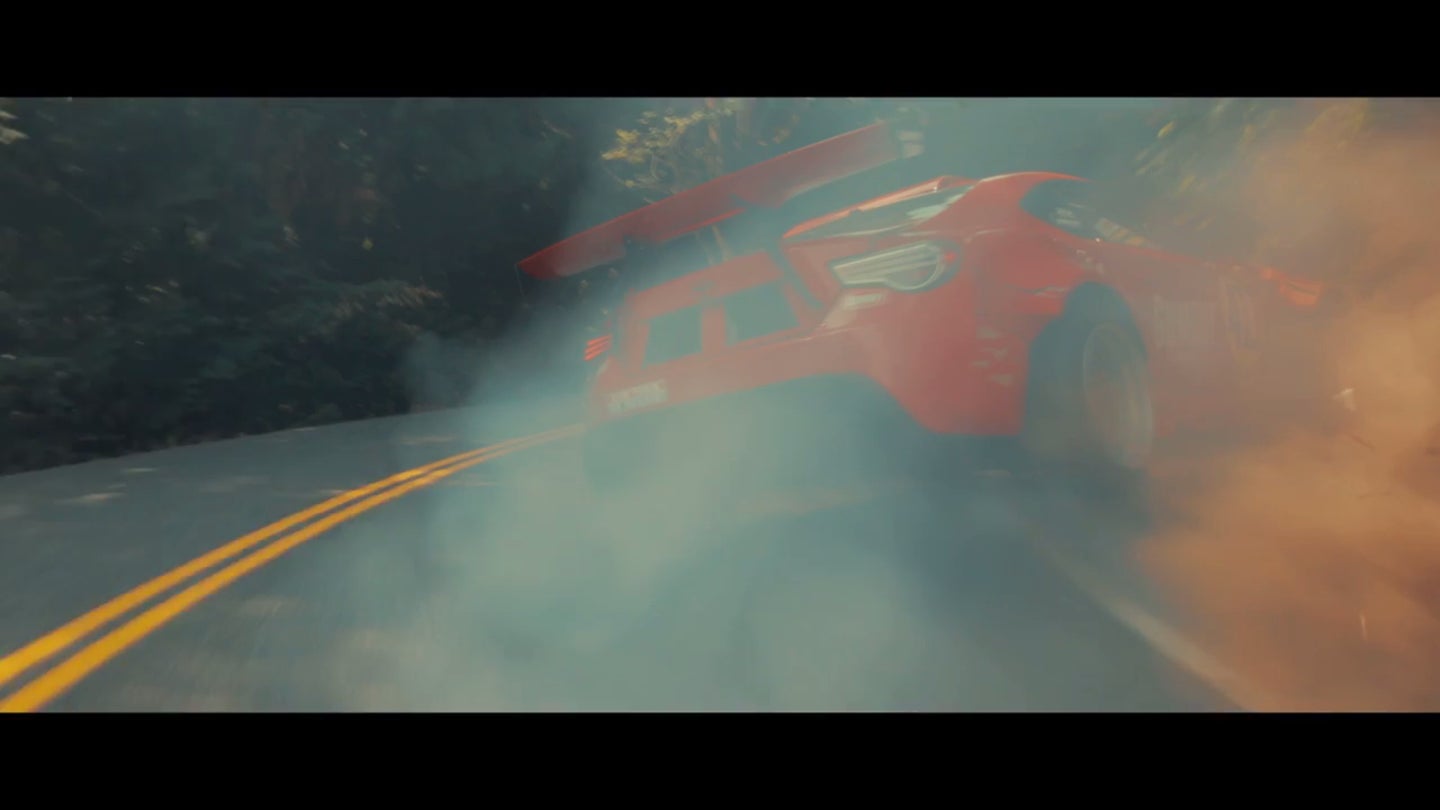 This season is a great for watching pro's do crazy things in their project cars. We had Ken Block bomb around in a Ford Fiesta ST EX43 in the desert for Terrakhana late last month. Formula Drift champ Chris Forsberg have fun in a junkyard for PROXIMITY by NOS earlier this week. Ken Block will return to the viral screen for Climbkhana on Monday, but today we have Ryan Tuerck doing somethings in his Toyota GT-4586 for Donut Media and not all of those things are good.

The video begins with Tuerck at the wheel of his viral monster, the Ferrari 458 V8 engined Toyota GT-4586. Though the car is known for the Ferrari V8 engine the cars level of customization is so much more.

In the first corner, he does what he is known for, but you would not expect to see to a car so well known, he "Tuerck'd" it. The car hit the hill side while drifting on the first shot of the day. This crash broke suspension components on the front right passenger-side of the car pulling Tuerck tinto a ditch on the side of the road.

They show what an end link should look like and what his currently looked like. Basically, straight arm, okay. Bend your arm toward your body, not okay. It could have been a lot worse.

The crew gets hard at work to fix the car. They repair the car and surprisingly they are able to finish filming. The result is a video showing how this Ferrari-powered beast can abuse public roads.

A screaming Ferrari V8 drifted through the Portland wilderness can you ask for more to get you through your Friday? Check out the clip below.