‘Even though I’m used to drifting my 86, I’m not used to using my car as a paintbrush.’ 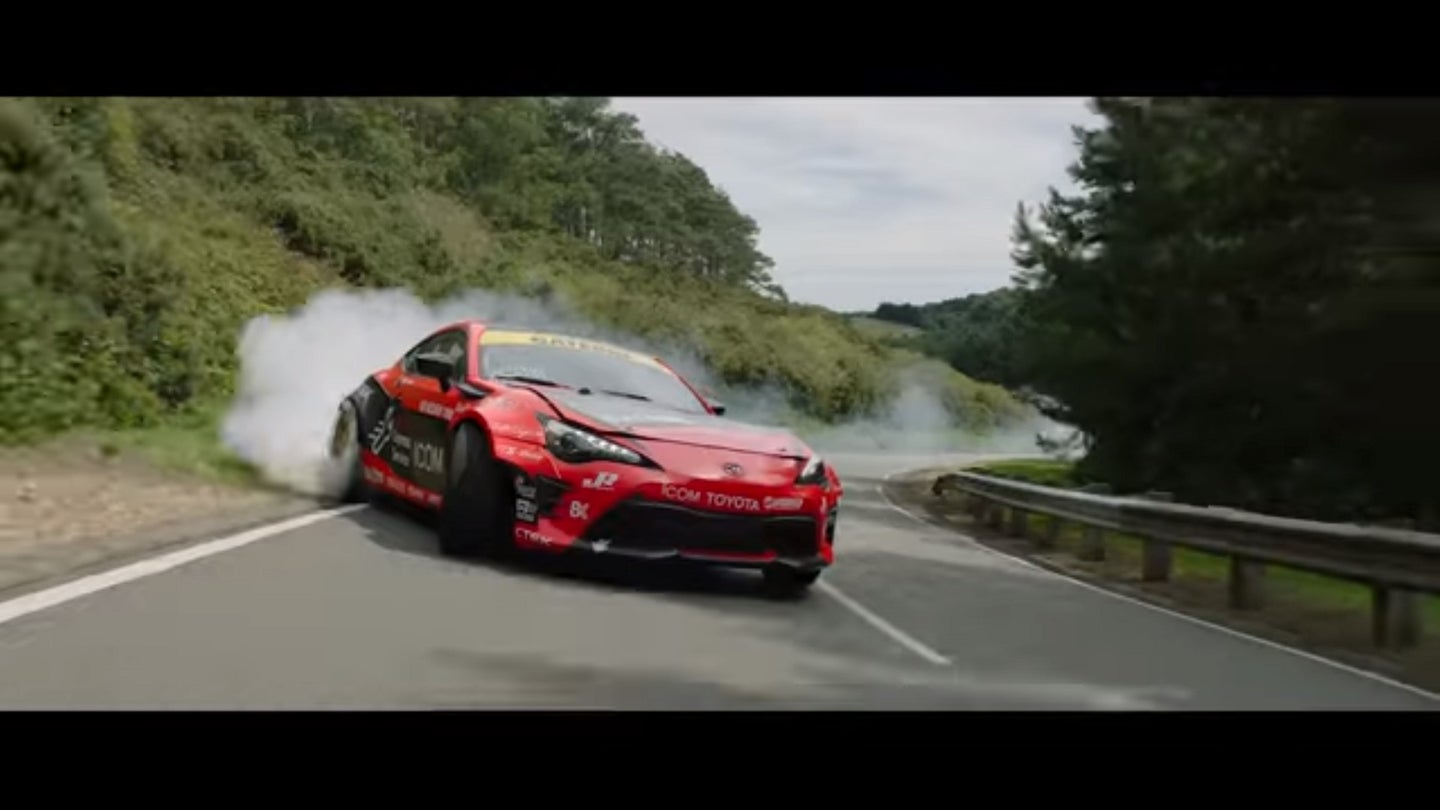 Many people, including some of our staff, feel that the Subaru BRZ and Toyota 86 clones are underpowered. But no one can make that complaint about former Formula Drift champion Fredric Aasbø's Toyota 86-X, boasting up to 1,000 horsepower. That's Bugatti Veyron power in a significantly lighter car.

Toyota UK teamed up with Aasbø for Donuts from Space, an effort to create a GT86 logo large enough to be seen from space using nothing but tire marks. "Even though I'm used to drifting my 86, I'm not used to using my car as a paintbrush," says Aasbø in the "behind the scenes" video.

Rather than just making the wildest slides possible as he usually does, Aasbø had to follow very specific lines and geometry to leave his 86's mark in the shape of the 86 logo on the Millbrook Proving Ground skid pad. Fortunately, being Norwegian, he's no stranger to the Scandinavian flick and driving sideways.

There's a lot to be said for precision, particularly when he drifts the rear of the 86-X just millimeters away from the nose of a stock 86 around the skidpad. But the real gem here is what happens when Aasbø is unleashed on the Millbrook Proving Ground's Alpine Route. It seems to be Aasbø's favorite part, too, with the unpredictability of road conditions rather than repetitive nature of a race track.

Aasbø has yet to finish the Formula Drift season at Irwindale Speedway in California, but he already says that the experience of making these films has been the most fun he's had all year.