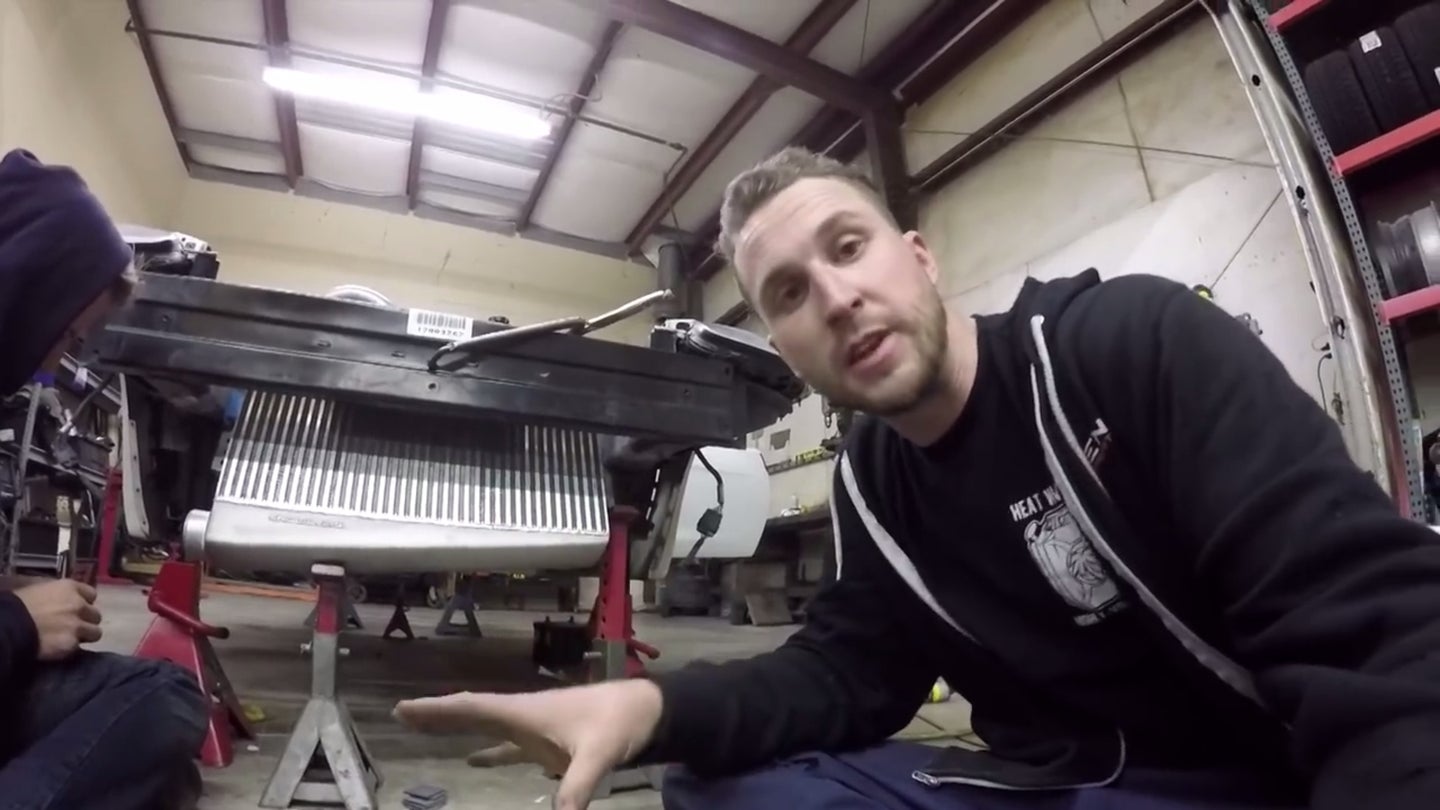 Matt Field is a Formula Drift driver with Drift Cave Motorsports. Field has been part of Donut Media's series Frenemies which follows teammate Odi Bakchi and himself through the 2017 Formula Drift season. Recently, Field has decided to ditch his 1,000-horsepower Nissan 240SX S14 drift car in favor of a Chevrolet C6 Corvette.

The car is a flood-damaged 2013 model from Atlanta, Georgia. All of the work on the Corvette was performed at Field's team's home base, Drift Cave Motorsports in Morgan Hill, California.

In Episode 1, Field performs a complete teardown of the Corvette. He and his crew found what Fields called "buckets of sand" and even a seashell in the car.

For Episode 2, Field and his crew were prepping frame boxes for a roll cage. They showcased the process of template bending the roll cage as well as measuring and cutting the bars. Finally, they wrapped things up by installing the finished roll cage.

In Episode 3, Field had some trouble with the lightweight aluminum in the C6 Corvette. He wanted to weld a secondary steering column mount but found that Chevrolet put aluminum in the steering wheel area. He had been fighting some difficult aluminum and fiberglass spots through the build. He also added a fire suppression system in this episode which is necessary to remain inside the regulations of Formula Drift.

Currently, Field's most recent addition to the series is Episode 4. In the latest video, he continues working on the secondary steering column mount which he previously thought he could weld in. He decided to rivet nut the mount to the aluminum which he made quick work of. During the episode, he also mocks up the LS-based V8 engine that will be put in the car as well as mounts the box for his Optima battery.

Check out Matt Field's newest clip of his Corvette Formula Drift car below and be sure to subscribe to Donut Media's YouTube channel to follow Field's future drift car.