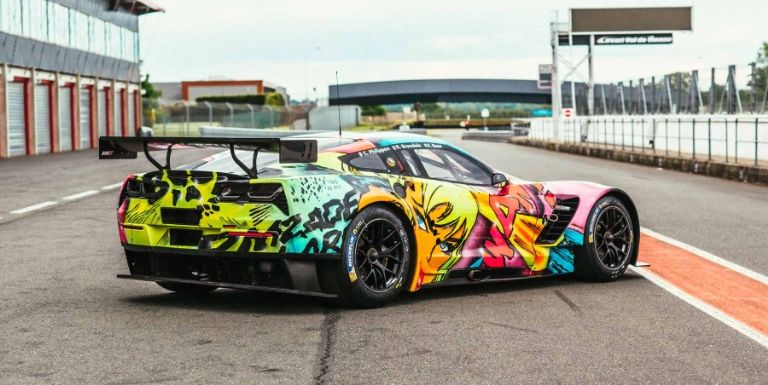 French racing team Larbre Competition has commissioned street artist Ramzi Adek to come up with an original design for one of their Corvette C7.R racecars. The car isn’t just for show, it’s actually racing in the LMGTE Am class as the #50 car for Larbre. The livery Adek came up with is called “Human” and it’s spectacular. Check this thing out.

The fluorescent paint pops from every angle in any lighting. Larbre must have decided a bright yellow C7.R didn’t already stand out enough on the racetrack. It glows in the dark to give the drivers “some positive energy” according to the artist. If you happen to watch Le Mans at night, you’ll have no trouble picking out the #50 Larbre C7.R.

Adek says he decided to give this car a superhero theme because he imagined the three Larbre drivers as superheroes. It’s fitting for the C7.R. The Chevrolet Corvette is kind of like a real-life American superhero. "I got the impression that I was the fourth driver of the team, and could motivate them even further," Adek said in a statement.