Chevrolet's next-gen sportscar racer, unofficially dubbed the Corvette C8.R, was first spotted during testing back in August. There, it was wearing heavy camouflage and showed few details outside of some mightily disguised body lines. Chevy has been withholding any further information on the car as neither it nor its road-going counterpart has yet been revealed, creating loads of anticipation from the American motorsport faithful. Now, though, the C8.R has been caught running at Florida's famous Sebring International Raceway, allowing us another look at the model's first-ever mid-engined iteration.

The first major unknown that we're teased with is the engine, this sounding nothing like the current C7.R which has a thunderous roar coming from a pushrod V8. The C8.R has a much higher-pitched note which fuels speculation about the powerplant and its number of cylinders (or turbos). One rumor is that it may have a smaller displacement unit with dual overhead cams and forced induction rather than the old-school blueprint that Chevrolet has used in the Corvette since 1955. Other reasons for the new sound could be 180-degree headers or even a flat plane crank, as opposed to the traditionally used cross plane layout.

Outside of the engine note, there are some looming details including the basic shape of the car's front and rear fascias. The tailights and headlights should be very similar to the ones found on the new road car, which has been doing some laps of its own at the Nurburgring. Despite the glare, there are a few opportunities in the video to observe the Porsche-fighter's face, dropping potential hints at the model's final form.

It's unclear if the C8.R will partake in 2019 competition, though The Drive has reached out to Chevrolet for comment and will update the article with any new information. 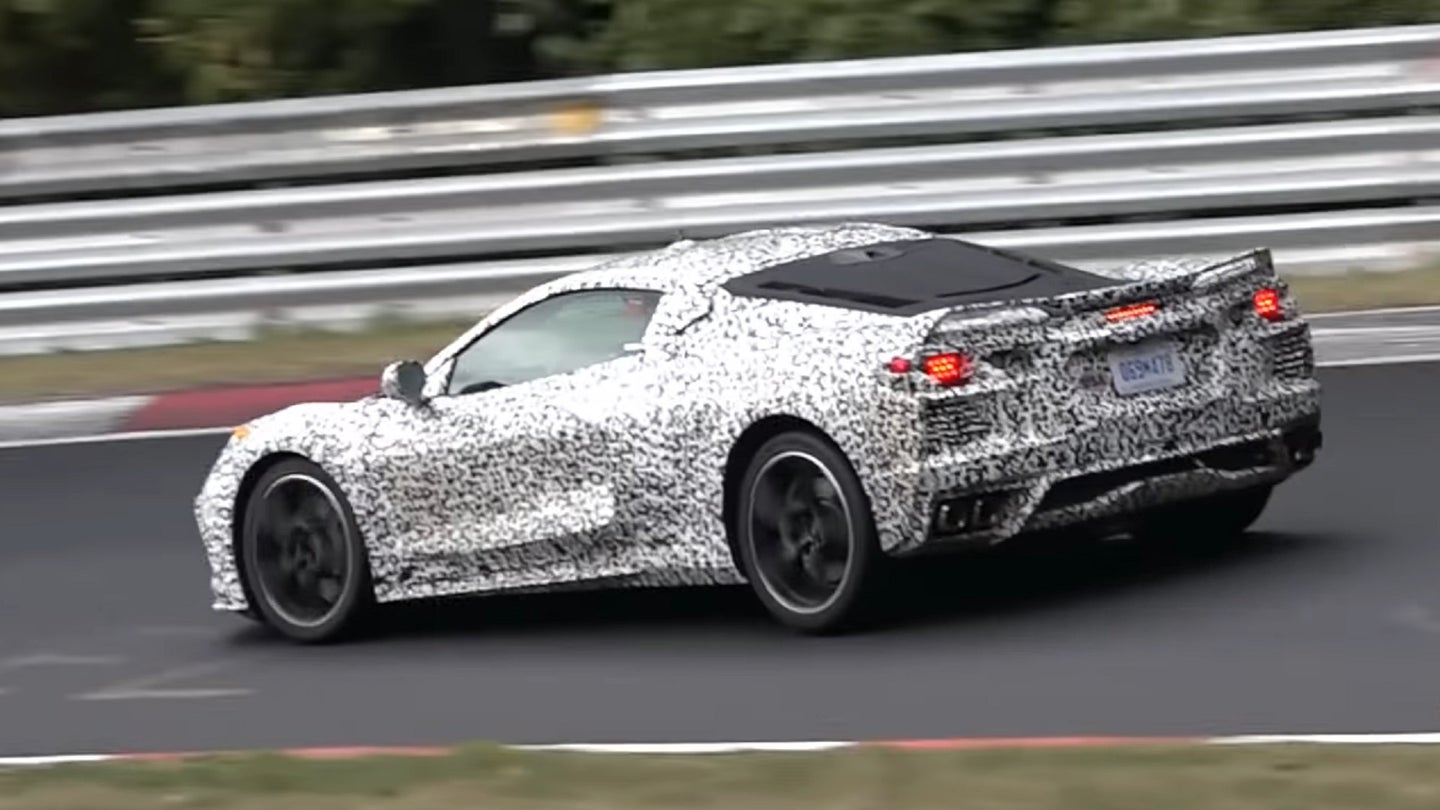 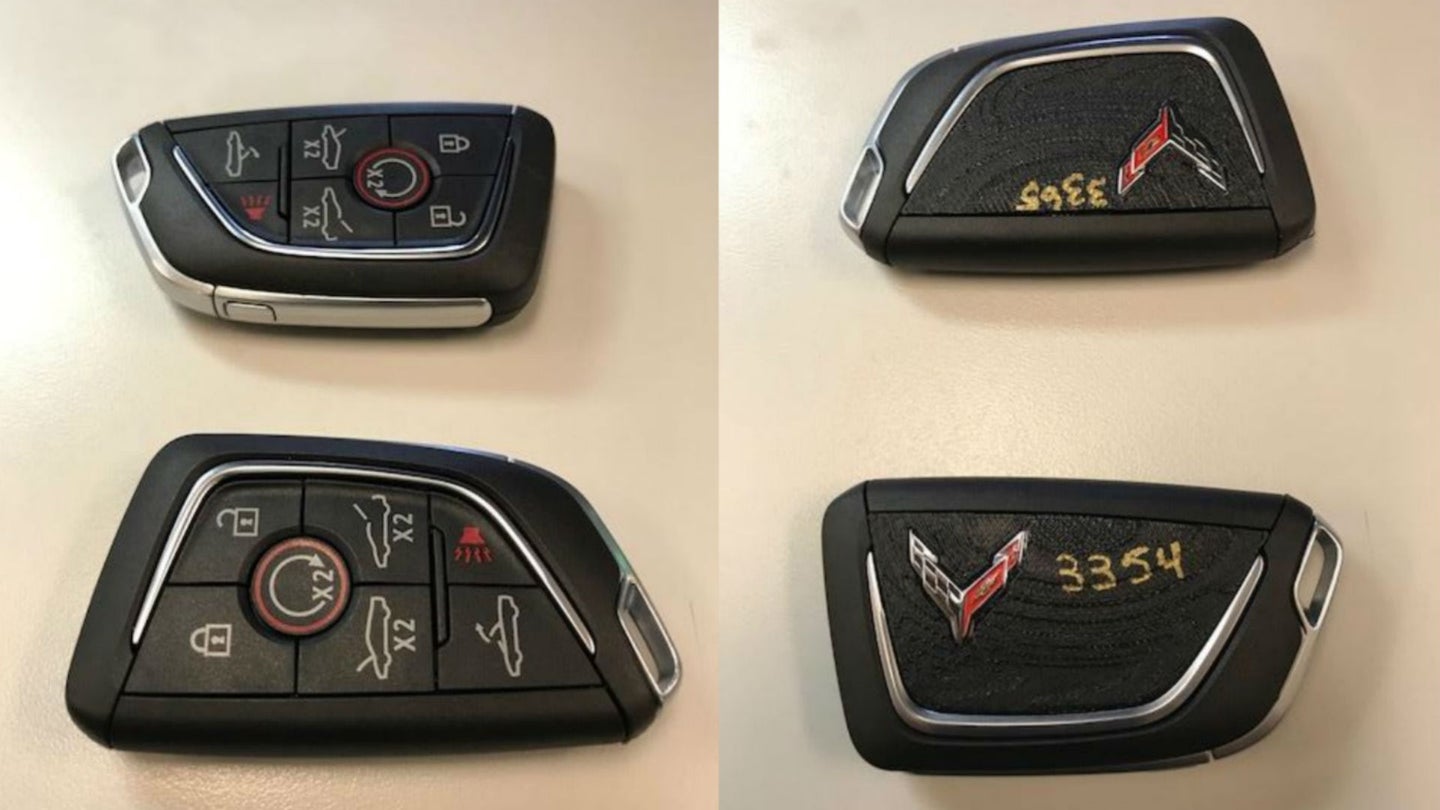 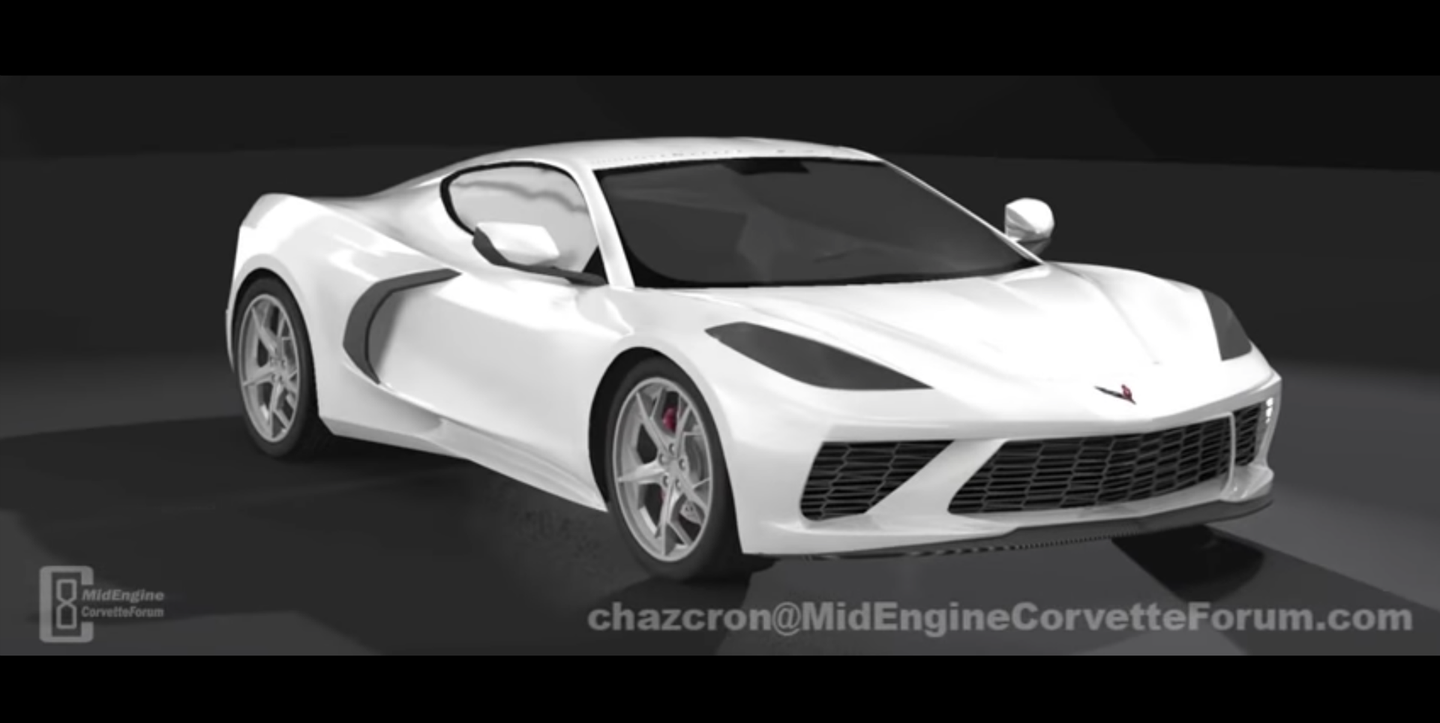 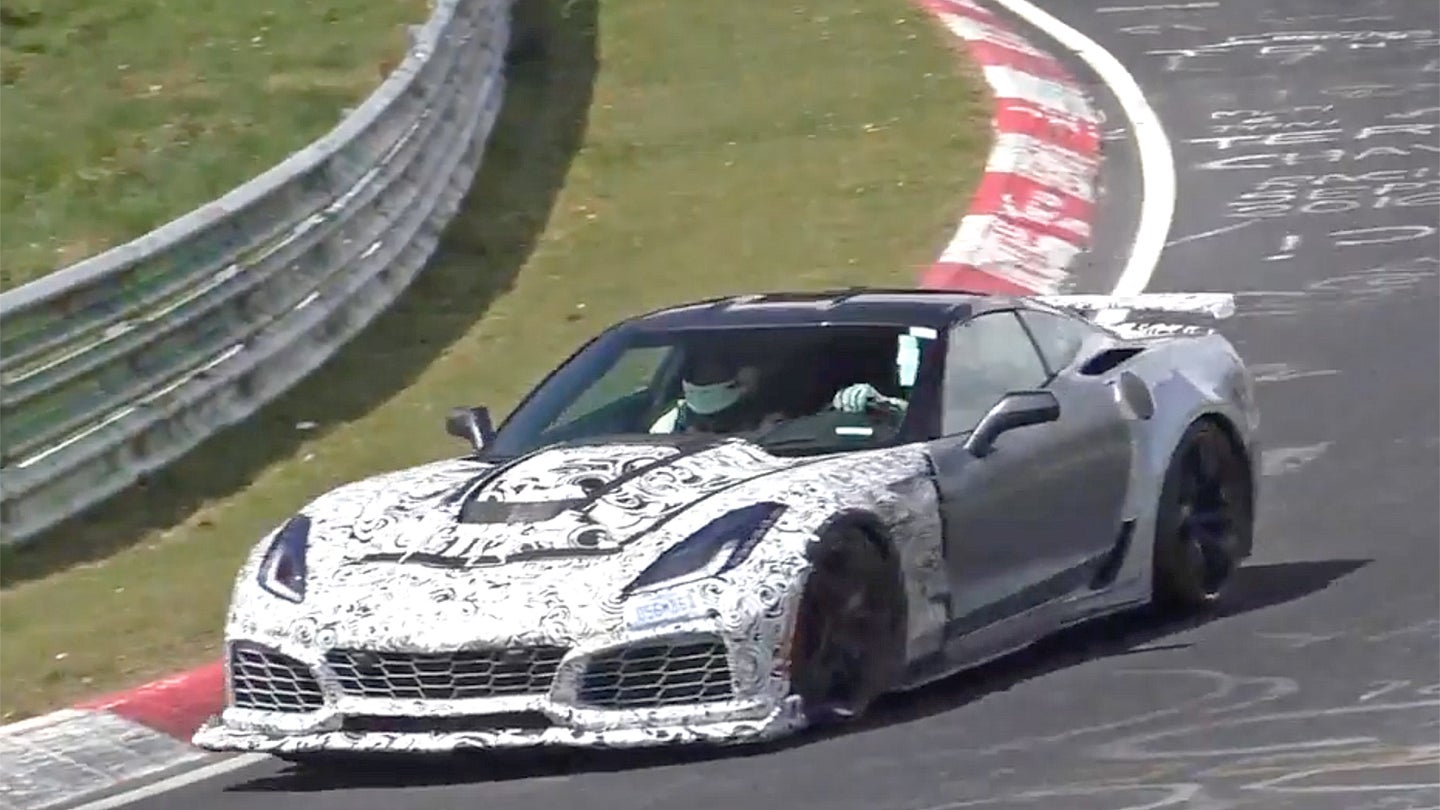