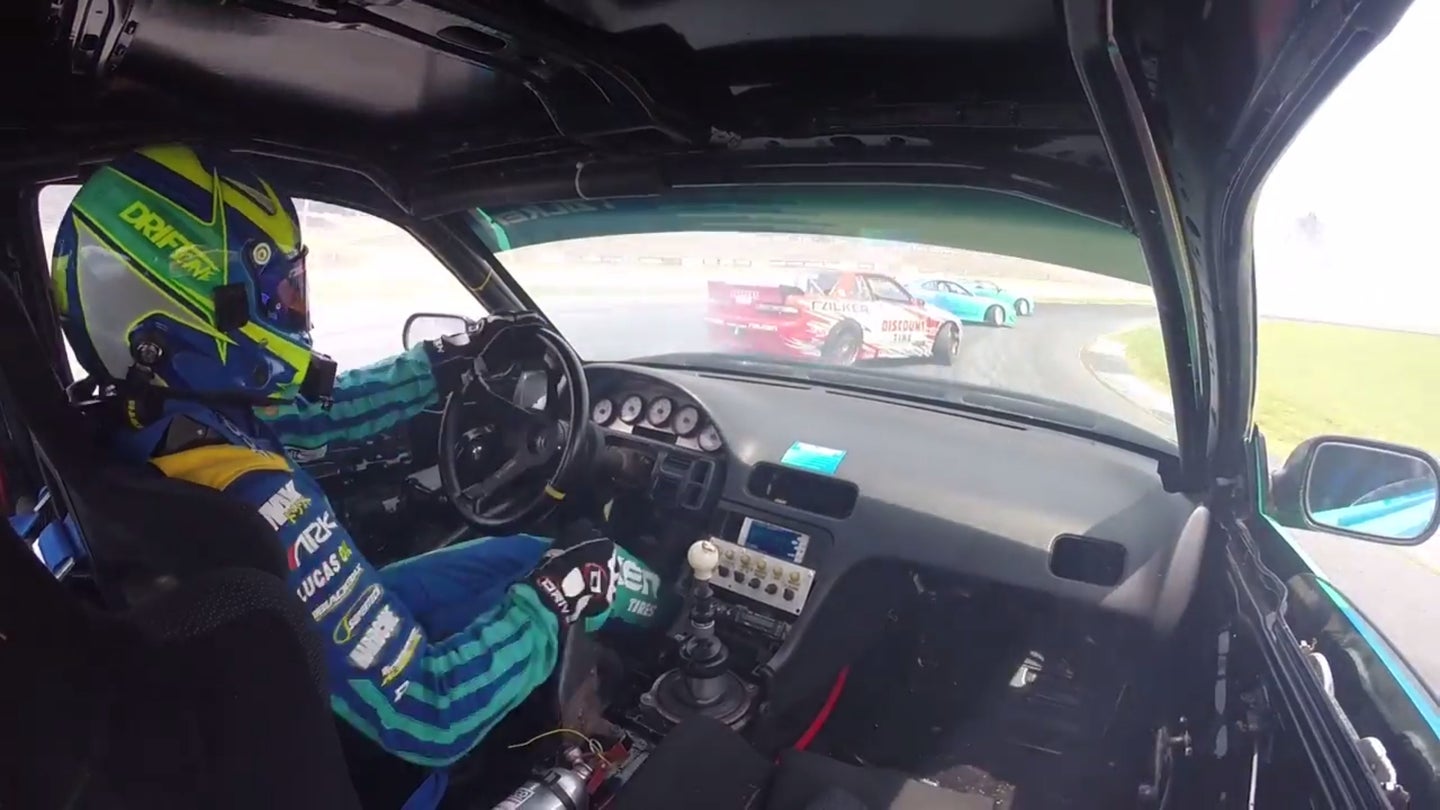 The Formula Drift season is over. Formula Drift driver Matt Field decided he needed a personal weekend to relax after the long season. Where do Formula Drift drivers go to relax? GRIDLIFE. GRIDLIFE can be described as if you took a Forza Horizon festival from the video game and made it in real life. Donut Media strapped some camera's to Field for the weekend to get the event from his perspective.

Field started his journey in San Fransisco, California where he hitched a plane ride with teammate Odi Bakchis. Bakchis and Field just finished up a season of another Donut Media series Frenemies where you get a unique perspective of two teammates and friends battling each other in Formula Drift. Bakchis and Field were heading to Atlanta, Georgia, home of Road Atlanta the setting for GRIDLIFE South.

Through the video you get to see his point of view through multiple drift sessions, he takes some time to hop on a podcast, he eats pizza which is very important, he goes go-karting where he hopped in a go-kart that had no brakes, and even attended the GRIDLIFE Ludacris concert. In his drift sessions he tapped a car breaking his passenger front light and in another session, something snapped and he lost his handbrake going about 90 miles per hour.

In the video, you see that Fields is not the only one taking this drift vacation. Tons of other Formula Drift drivers made the trek to GRIDLIFE including Justin Pawlak, Ryan Tuerck, Dai Yoshihara and Vaughn Gittin Jr. Fields and Gittin Jr. hop in a couple of Gittin Jr.'s Mustang RTR cars on the track.

Field ends the video describing GRIDLIFE as a retreat where all the drivers can remember why they love drifting. The perfect reboot after the season.

Check out all the fun and everything Field experienced in Donut Media's video below.