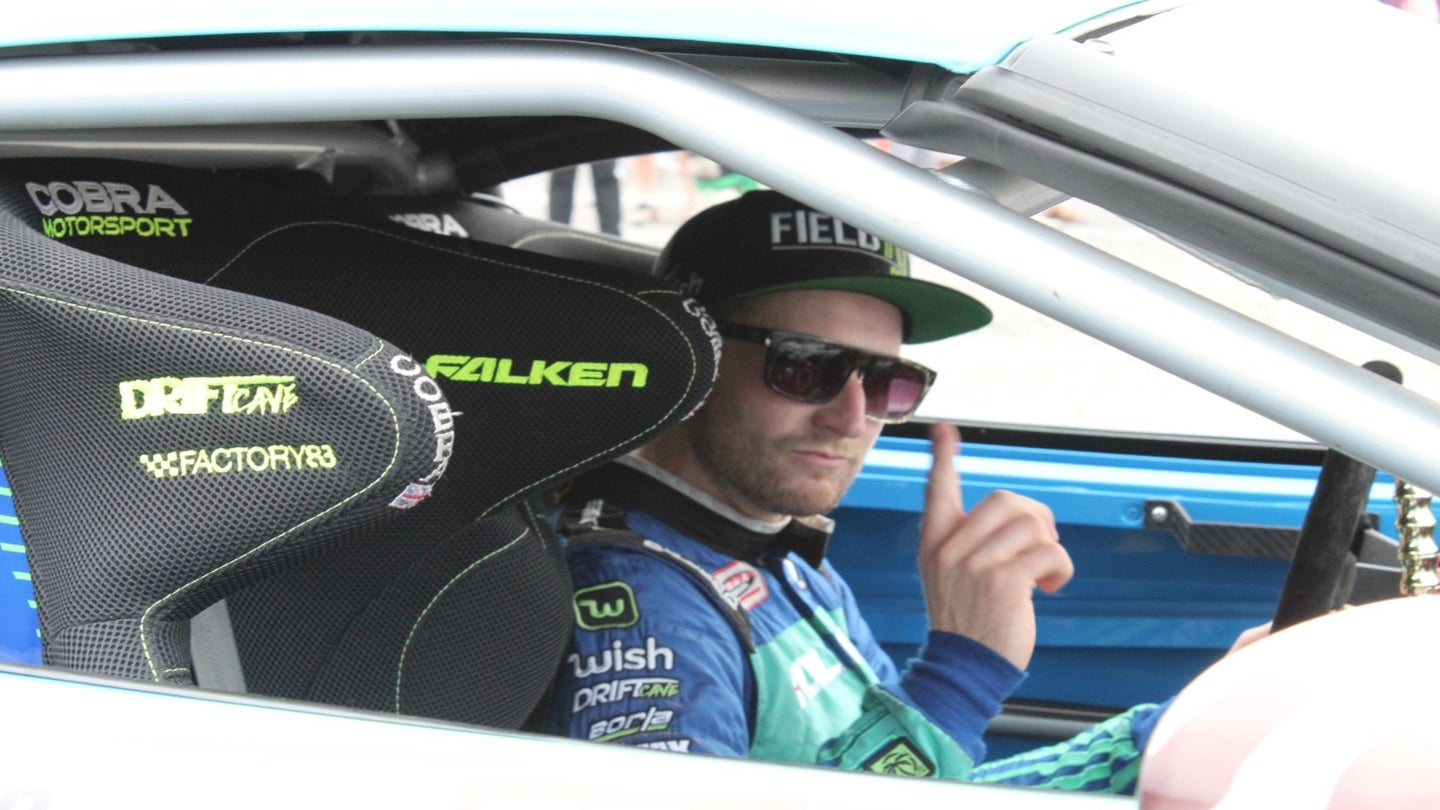 Earlier in the week, The Drive mentioned that you should probably take a look at the HGK Challenge taking place on Saturday. A trio of Formula Drift drivers was there to partake in the contest including Matt Field, Aurimas "Odi" Bakchis, and HGK Racing Team driver Kristaps Bluss, and that trio also happened to lock down the podium.

It was the first HGK Challenge that featured a full Formula Drift driver lineup on the rostrum.

Prior to the event, Bakchis wasn't even completely dedicated to competing in the HGK Challenge. He was vacationing in the area (Lithuania more specifically) and was rumored to be making an appearance at the event. He ended up pulling through and qualified seventh while only driving two warm-up laps, having never driven the track nor the car before. Bakchis would end up third overall.

Since Bluss and Bakchis grabbed second and third respectively, that left the top step to be filled by Matt Field. As we mentioned when previewing the HGK Challenge, Field was coming into the event hot off a second place podium at Formula Drift Round Four in New Jersey. This momentum assisted him in taking home the W as he hopes to carry it into the next FD contest.

"The event was so much fun, the track, insane, and the car was a wild animal, but I tamed it, and took the win," Field told The Drive.

The trio of drivers will find their next round of competition in Monroe, Washington for Round Five of the 2018 Formula Drift season, July 20-21.