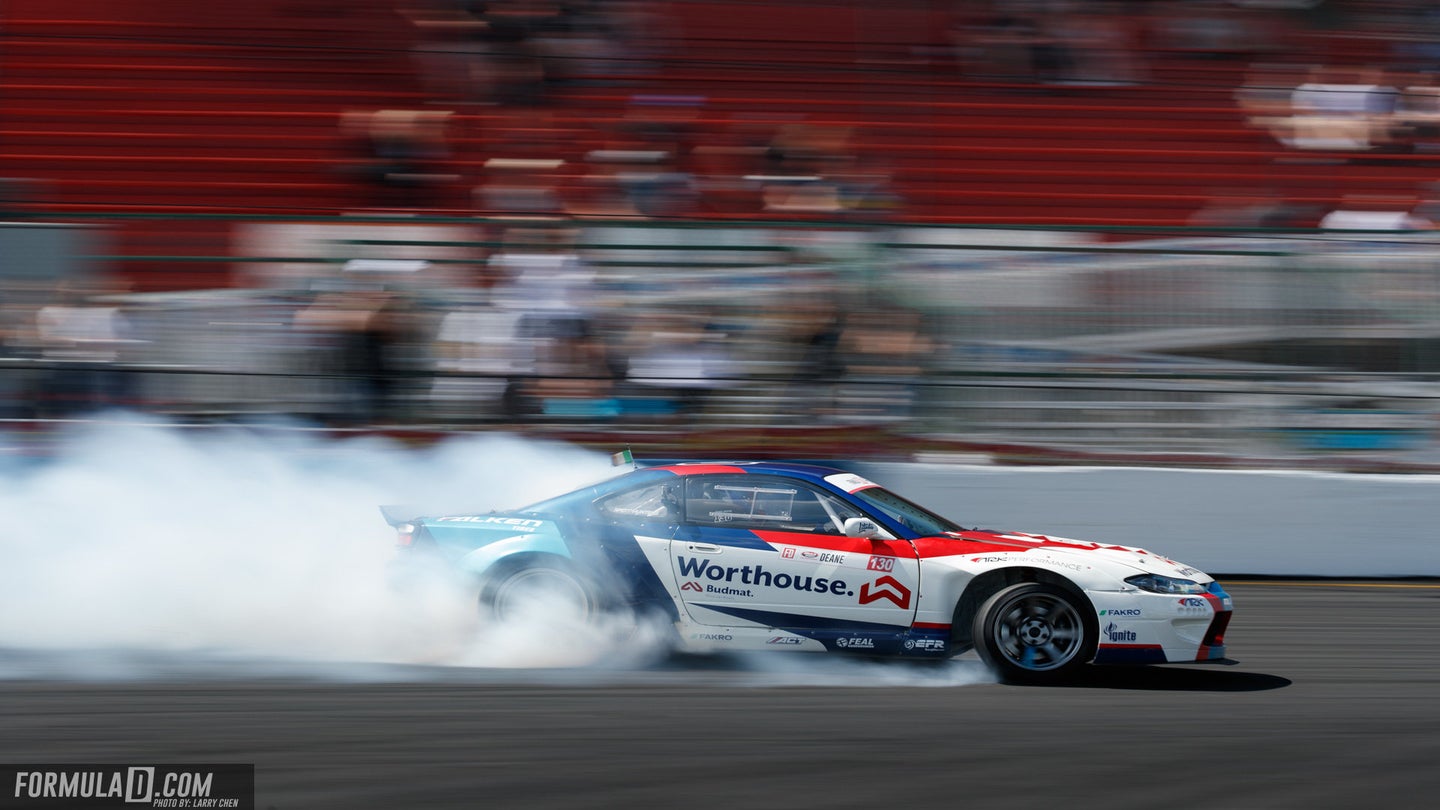 This weekend's event in Seattle took you over the hump of the halfway point in the 2018 Formula Drift season. Up until now, the first four rounds had four different winners. However, that all changed at Evergreen Speedway as James Deane broke that streak of unique winners when he took the top spot of the podium for his second win of the current campaign.

Deane's Seattle win gives him a nice 85 point cushion at the top of the FD championship standings over the second place Fredric Aasbo.

Ryan Tuerck took P2 as the decision in the final round was not voted unanimously in Deane's favor by the judges. As it stands, Tuerck has not managed a Formula Drift win since 2015 and had not been on the podium since the Long Beach round of 2017.

Deane's Worthouse teammate Piotr Wiecek took the third and final podium spot. You may remember during our Round 4 preview that we mentioned that Wiecek is putting down some of the strongest runs in the series and that he would be one to watch—as it turned out, that prediction stood true. He started the race weekend by qualifying with the top spot before gaining yet another top-three finish.

En route to the final, Deane and Wiecek had to battle again after competing against each other during Round 4 at New Jersey.

Wiecek's P3 podium spot also jumped him into third place for the championship standings with 297 points. He bumped Chris Forsberg, who had a less than stellar round at Seattle not making the Top 16, down to fourth place, but holds just a four-point advantage.

"An international affair: a Pole, an Irishman, and an American walk into a bar, and they get carbon fiber trophies," said the Voice of Formula Drift Jarod DeAnda upon the event's end.

Justin Pawlak, who finished third in New Jersey, narrowly missed the podium at Seattle, coming in fourth. This promotes him into the top-five in the championship standings after the weekend with 284 points.

The next round of the 2018 Formula Drift season will bring the competitors to Gateway Motorsports Park located near St. Louis, Missouri for Round 6 on August 10-11.