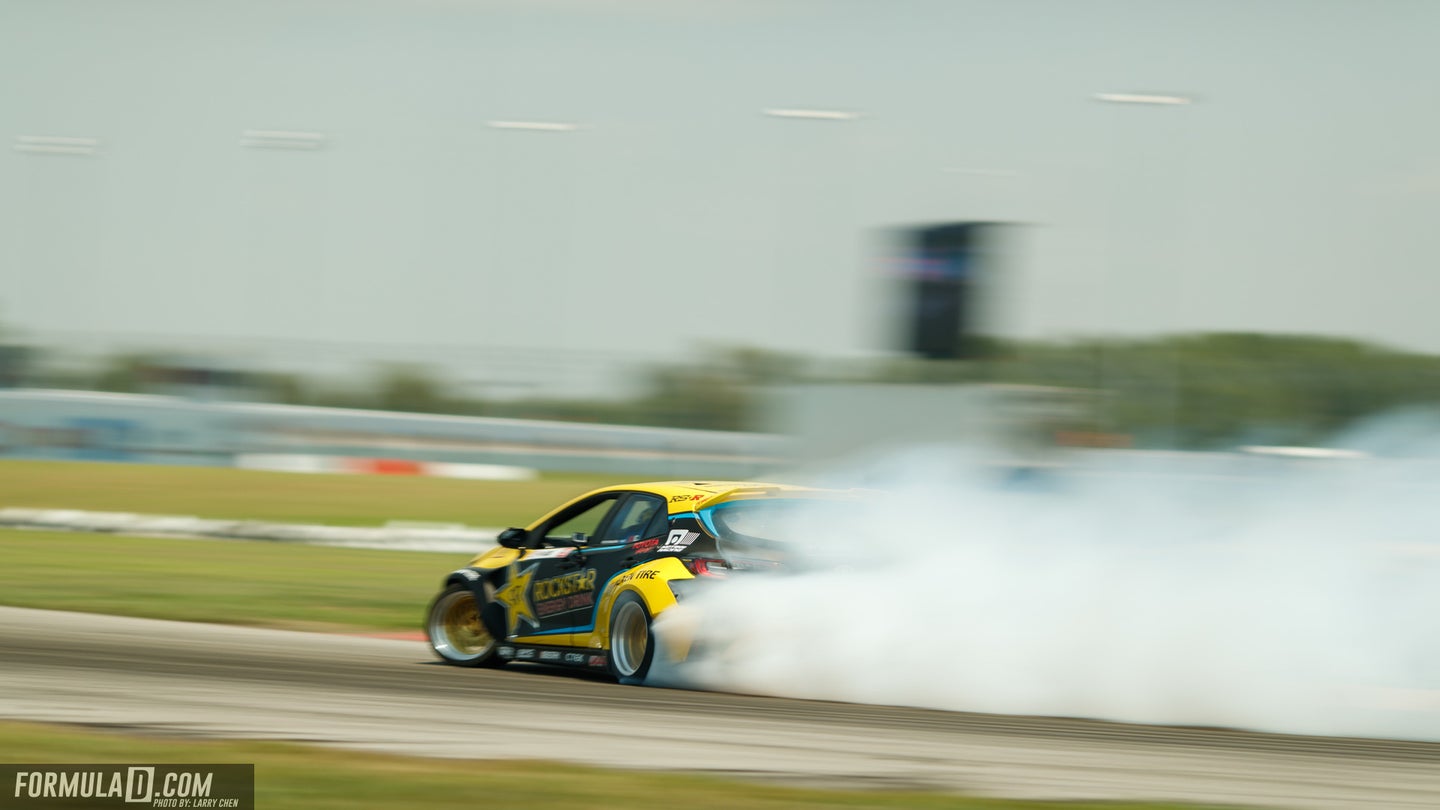 ​Formula Drift called Round 6 of the 2018 season “The Crossroads,” as many lines to the championship have started taking their final shape. This weekend at Gateway Motorsports Park for Formula Drift St. Louis, Fredric Aasbo became the second driver of the season to take two victories when he nabbed the top spot on the podium ahead of Matt Field and Chelsea DeNofa.

Aasbo, who was the Formula Drift champion back in 2015, won the first round of the 2018 season at Long Beach. He also took third place at Orlando and second place at Road Atlanta, all which have helped him stay near the top of the championship standings for most of the season. His win at Gateway helped him continue to hold down second place in points, and it also helped chip away at the lead of 2017 Formula Drift champion James Deane. Aasbo is currently only 30 points behind Deane versus an 85 point gap before the weekend began.

Coming in second place at FD St. Louis was Matt Field. The driver of the C6 Chevrolet Corvette previously grabbed a second place podium spot in New Jersey and has been making a stand that has kept him in the top-10 for most of the season. In fact, he is only nine points out of the top-five.

Chelsea DeNofa was able to grab his first podium of the season by managing P3 with Piotr Wiecek trailing behind in fourth. DeNofa qualified sixth overall to Wiecek's 13th place, so when the drivers advanced to the final, DeNofa was handed third place. A day before the battles during qualifying, DeNofa saved a mistake into one of the highlight drifts of the weekend.

FD St. Louis did not alter the top-five championship standings, just simply changed the distance between the three. As previously stated, Deane still holds down the top spot in the 2018 Formula Drift title hunt with 469 points, followed by Aasbo who has 439. Piotr Wiecek currently sits at third with 364 points, 105 behind Deane. Wiecek and his Worthouse Drift Team stablemate Deane have seemed to have had to battle at every round this season, and on Sunday, Wiecek finally got the upper hand.

Justin Pawlak and Chris Forsberg are still holding down fourth and fifth place with 344 and 336 points respectively.

Matt Field's second place podium spot at FD St Louis helped jump him up to sixth place in the standings. He is followed by Road Atlanta round winner Kristaps Bluss, Ryan Tuerck, Aurimas "Odi" Bakchis, and Ken Gushi who complete the top-10.

The next round of the 2018 Formula Drift season will bring the drivers to Texas Motor Speedway located near Fort Worth, Texas for Formula Drift Dallas Round 7: Showdown September 14-15.