The season is now past the halfway point and a path is being formed to the championship. 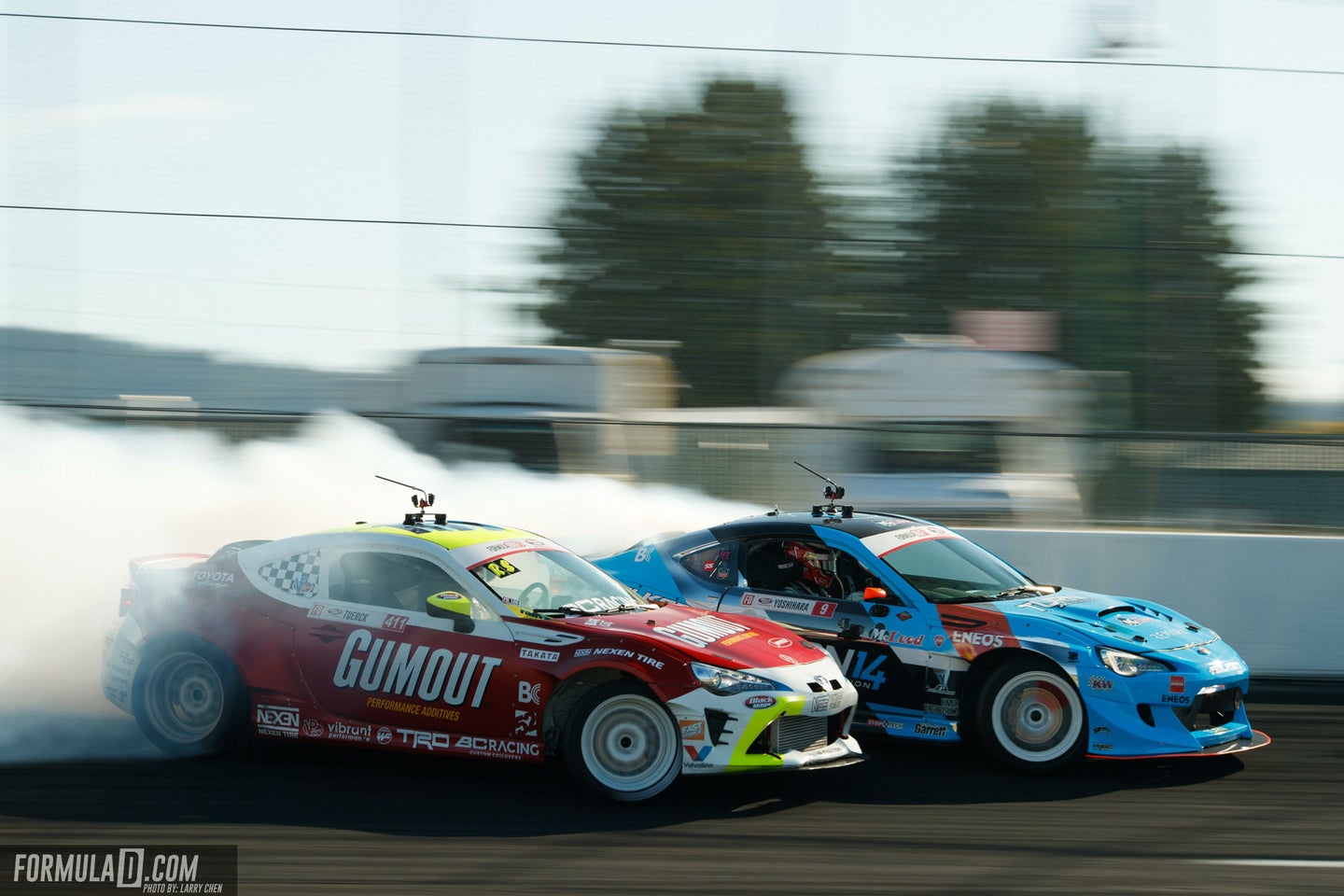 To recap Round 5, 2017 Formula Drift champion James Deane won his second consecutive event after winning at New Jersey Motorsports Park and again in Washington. Behind Deane, Ryan Tuerck took the second spot on the podium, his first since Long Beach 2017. Grabbing the last spot on the podium was Deane's Worthhouse teammate Piotr Wiecek.

After Deane's win at Formula Drift Seattle, he has started to put some distance between himself and the rest of the field currently with 417 championship points. The next closest driver, Fredric Aasbo, is holding down second place 85 points back and Wiecek is in the number three spot with 297 points. Formula Drift Orlando winner Chris Forsberg has the number four spot with 293 points and Justin Pawlak rounds out the top-five with 284 points.

Round 6 will be challenging for everyone. It's a new city and track on the FD schedule with plenty of speed and tricky slides. "It is going to be super fast like Texas, but I think it will make for better tandem since we enter through the chicane instead of building speed and smoke out of the tighter radius," three-time Formula Drift champion Chris Forsberg told his fans on Facebook.

Formula Drift Round 6: Crossroads takes place this weekend, August 10-11. You will be able to find the event wrap up right here on The Drive.

Sceriffo tells the story of one of the hardest moments in his life.