The 2018 FD championship most likely comes down to James Deane and Fredric Aasbo. 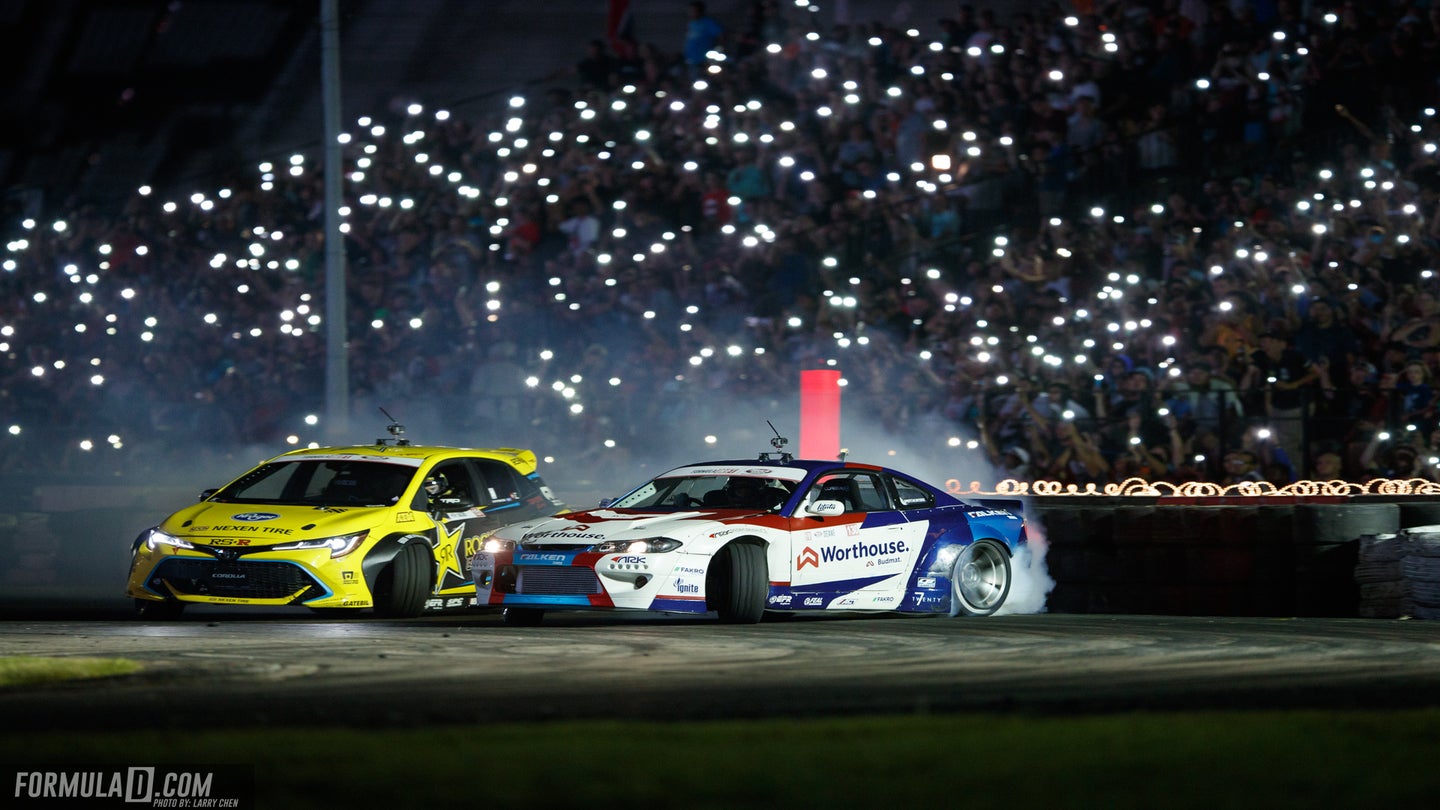 Only one round remains in the 2018 Formula Drift season. Round 8 will bring the FD drivers to the "House of Drift" Irwindale Speedway in California. The 2018 championship fight is between 2017 Formula Drift champion James Deane and 2015 champ Fredric Aasbo, with a slight chance Polish driver Piotr Wiecek could upset the duo this weekend.

Round 7 at Texas Motor Speedway was the Team Worthouse show. Wiecek grabbed the top spot garnering his first win of the 2018 season. His win came down to a battle with teammate Deane. The duo have had to battle each other for what feels like every round and this time Wiecek came out on top after Deane had an issue during the final battle.

Aasbo, Deane's other 2018 championship competition going into Irwindale, took third place on the podium in Texas.

Going into Round 8, Wiecek has third place for the year on lock with 469 points and is only 87 points behind second place Aasbo, so he does have a chance at bettering his position at Irwindale or even possibly taking the championship.

There are still many drivers that can claim spots in the Top 5 for the year. Chris Forsberg currently has the number four spot with 379 points, but trailing not too far behind him is Justin Pawlak who is only 7 points behind Forsberg, and Matt Field is only 18 points behind the three time Formula Drift champ with his 2018 Corvette drift car.

Chelsea DeNofa will be one to watch at Irwindale. Though not in the title fight, he started to come alive after the halfway point in the season. Grabbing a third place podium spot in Round 6, and narrowly missing the podium at Texas, coming in fourth place. Field will also be another to watch. Grabbing two second place finishes this year he will be hungry to grab a first place finish before the end of the season.

The Round 8: Title Fight takes place Oct. 12-13. Catch the results on The Drive after the action wraps up.