The season is halfway through with four rounds and four different winners so far. 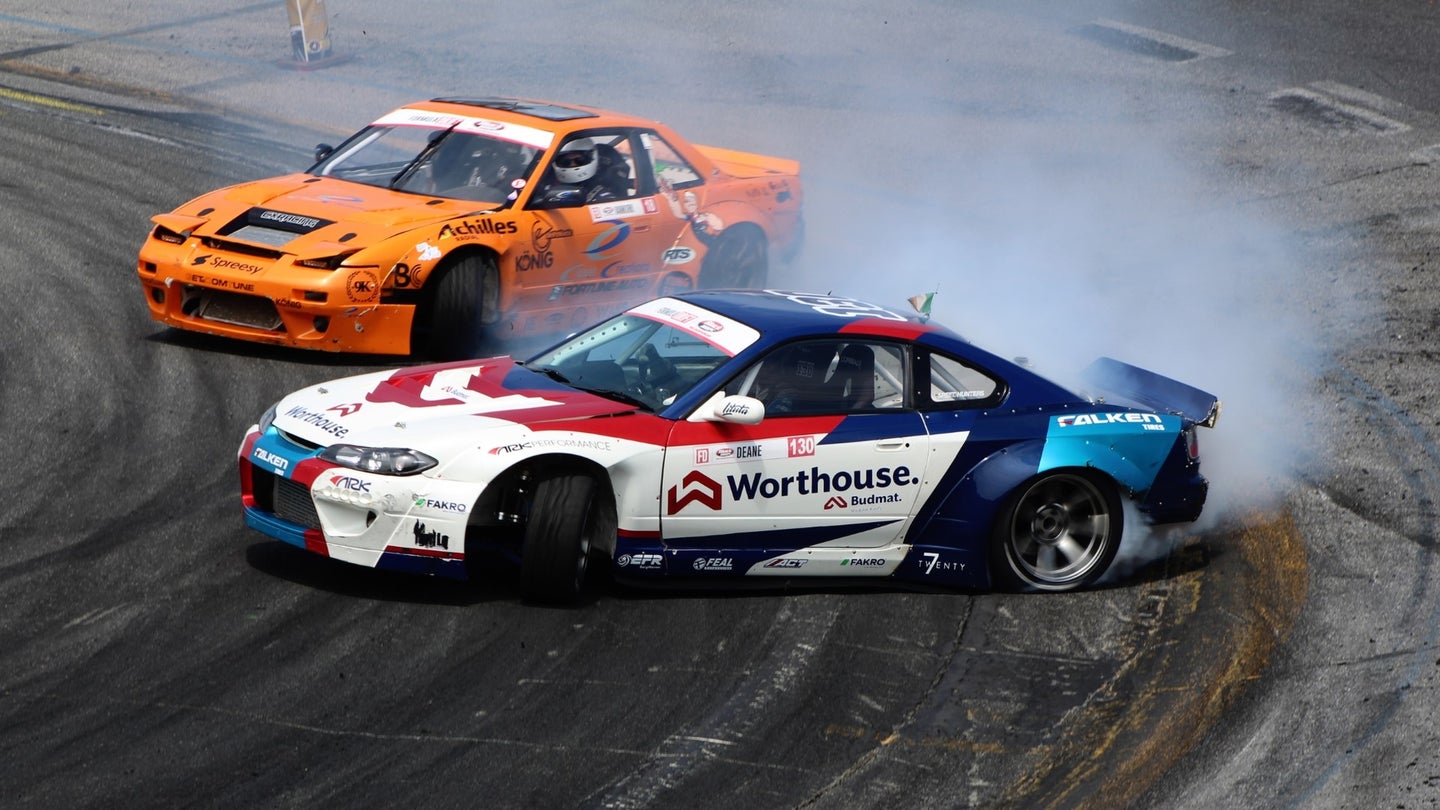 The 2018 Formula Drift season has officially hit the halfway point. Four rounds down and four rounds to go. Round 5 of the 2018 FD season will have the competitors do battle at the Evergreen Speedway in Monroe, Washington this weekend.

To recap the previous round, The Drive was on site when 2017 Formula Drift Champion James Deane took the top spot at Formula Drift New Jersey. Matt Field grabbed the number two spot on the podium which also helped him jump into the Top 10. Justin Pawlak, who lost a driveshaft during a run in the Top 32, was able to fight through the competition and grab the last podium spot.

Taking a look at how the standings sit for the 2018 Formula Drift Championship, Deane's Formula Drift New Jersey win put him at the top of the standings in the 2018 Formula Drift drivers championship sitting pretty with 313 points. Seventeen points behind Deane is Fredric Aasbo, who won Round 1 at Long Beach, with 296 points. Chris Forsberg, winner of Round 2 at Orlando, is holding down the number three spot with 274 points. Deane's teammate Piotr Wiecek and Pawlak, whose third place finish at New Jersey helped jump him into the number five spot, rounding out the Top 5.

Unlike a few other forms of motorsport every round of Formula Drift is anyone's game. Four rounds done in 2018 and four different winners. Aasbo took Round 1 in Long Beach, Forsberg Round 2 in Orlando, Bluss Round 3 at Road Atlanta, and Deane Round 4 in New Jersey. The season has shown that there is a high chance that Round 5 will have a new winner.

Formula Drift Round 5: Throwdown takes place July 20-21. You can find the event coverage here at The Drive once all the action has wrapped up.