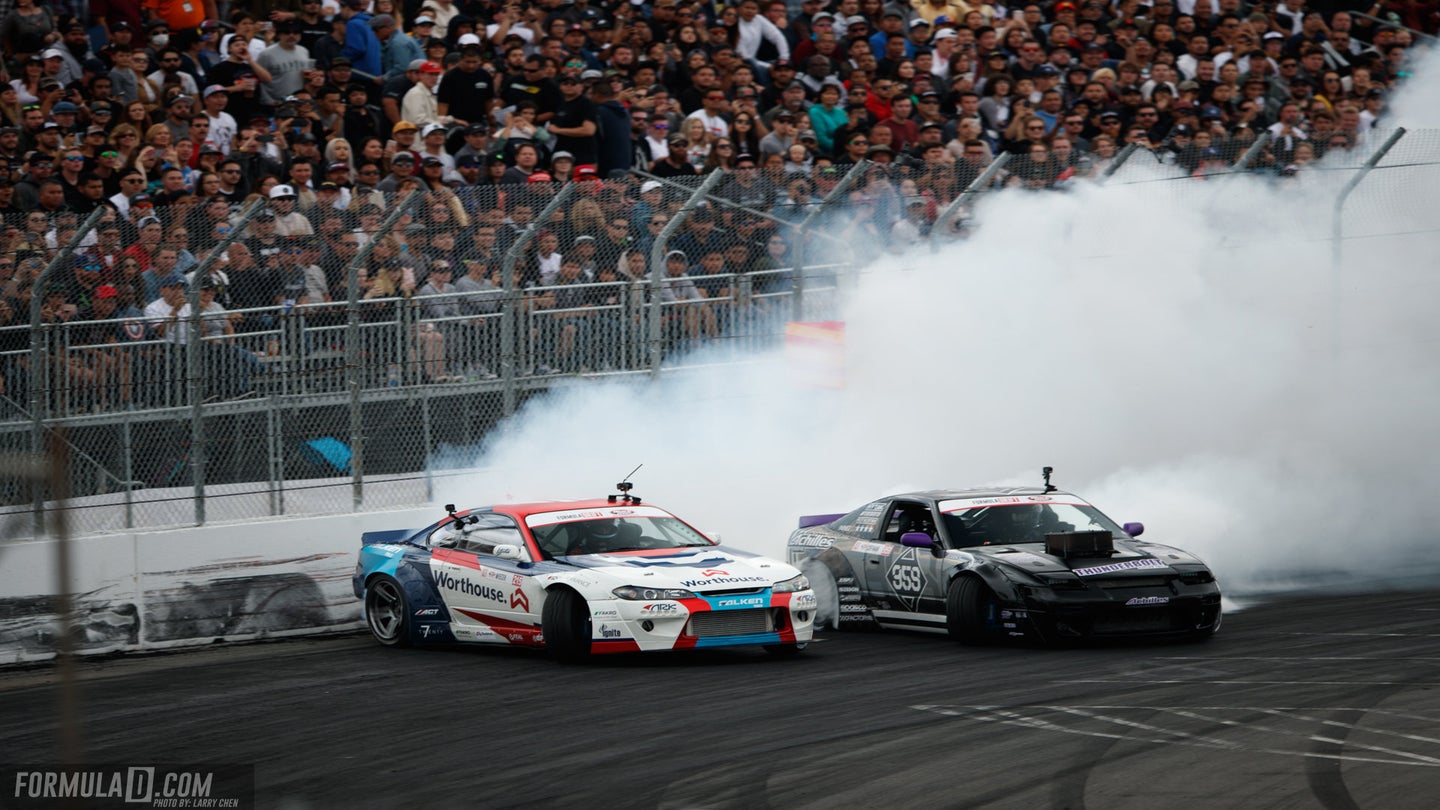 The 2018 Formula Drift season is underway. Round one at Long Beach allowed drivers to dust off their race cars and show what they worked hard on in the offseason, and now, it's time to move on to Orlando, Florida.

At the end of round one, Norwegian Fredric Aasbo finished in first place in his Toyota Corolla Hatchback earning 104 points towards the championship. Driver Forrest Wang took the 2017 season off but has come back in 2018 as a force to be reckoned with while finishing number two in the first round of competition and earning 85 points. Polish driver Piotr Wiecek took the top qualifying spot and rounded out the top-three sitting with 71 points. Wiecek's Worthouse Drift Team teammate and 2017 Formula Drift champion James Deane isn't far behind with only one point separating the two.

The second round of the 2018 Formula Drift season brings the competitors to Orlando Speedworld in, you guessed it, Orlando, Florida. There is plenty of time for other competitors to make a dent in the first round lead of Aasbo, Wang, Wiecek, and Deane—and this is where the catch-up game begins. In fact, the next four in the standings are even closer points wise. There is essentially a three-way tie for fifth place with drivers Justin Pawlak, Chris Forsberg, and Ryan Tuerck all sitting with 52 points. Alec Hohnadell, then, stands just one mark behind with 51 in total.

Long Beach was not kind to some competitor cars.

By now you have seen driver Federico Sceriffo and his Ferrari drift car on fire. He has since been hard at work getting the car race ready for Orlando.

2017 champ James Deane suffered rear left side damage that could not be fixed in the time allotted during a competition timeout. Another driver that may have had one the hardest hits at Long Beach was Dan Burkett. During the Top 32 while being chased by Odi Bakchis, Burkett was entering the touch-and-go with his Supra and slammed the wall with his rear. I have followed his rebuild and he has completely stripped and fixed his Supra, even adding some new carbon fiber goodies.

Going into Orlando, there are many drivers that have yet to show their full potential. Kristaps Bluss with his famous E92 Eurofighter will be fighting to return to the top-five he finished in last year. The same goes for Vaughn Gittin Jr and Daijiro Yoshihara. Drifter Matt Field has begun to get his footing in his new Corvette drift car, so he will be one to watch as well.

Formula Drift Round 2: Scorched takes place this weekend, April 27-28, and you can find coverage of the event here at The Drive once the action is all wrapped up.