The small-time automaker, who claims to be “the first French supercar” builder, is getting heat for allegedly passing off other cars as its own. 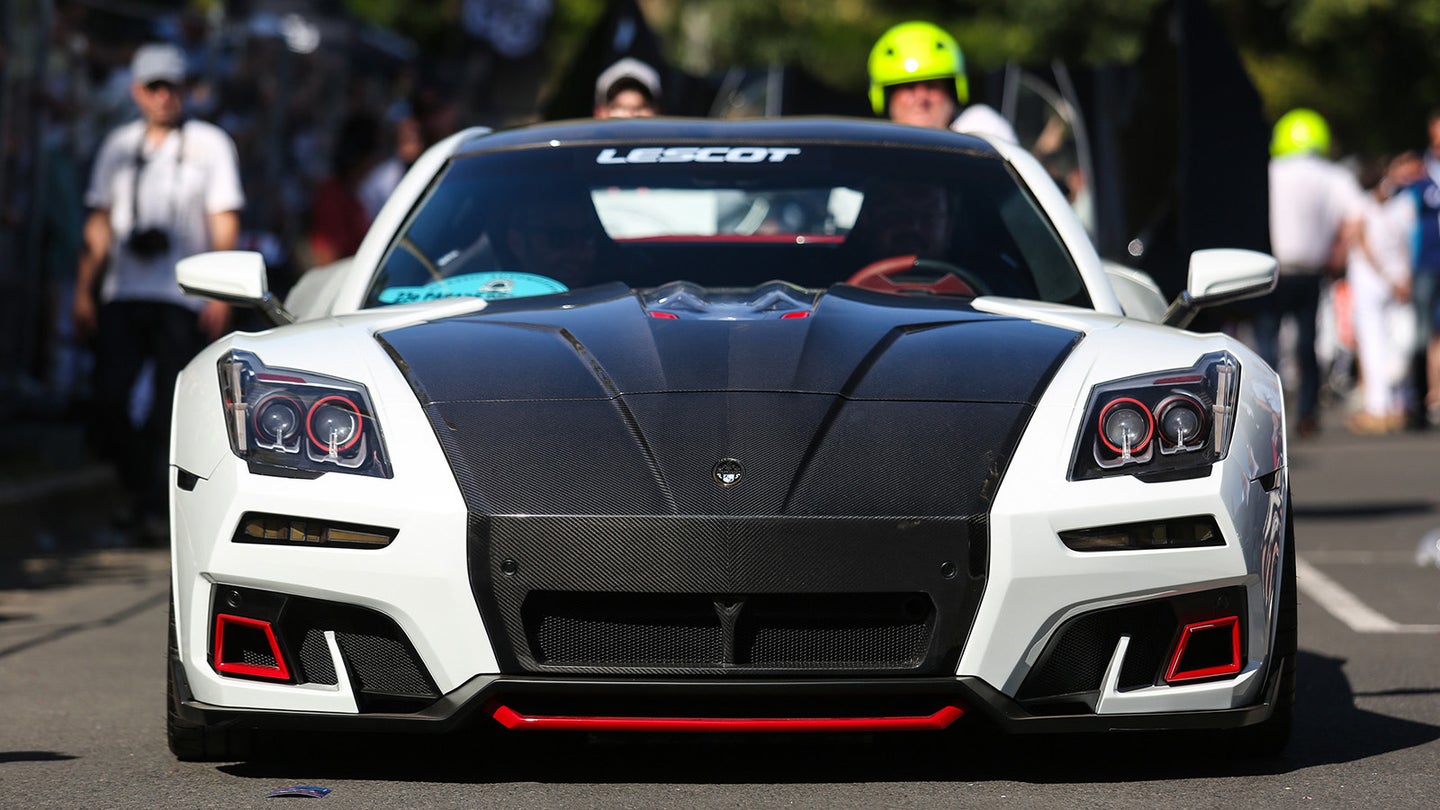 French automotive startup Prato Automobiles has been accused by a British automotive journalist of re-bodying a Chevrolet Corvette C6 and trying to pass it off as a supercar developed in-house.

According to Lewis Kingston, the Prato Orage is, in fact, a Corvette, specifically a previous-generation C6 model. Kingston took to Twitter to compare the two cars, and if his pictures are anything to go by, Prato has some explaining to do. Both the turn signal stalk and window controls are identical to those found in the 'Vette, and oddly enough, that 8.1-liter V8 sounds identical to your garden-variety Chevrolet pushrod V8. Boutique sports car manufacturers have borrowed V8s from General Motors for decades, so this isn't new phenomena, but typically builders don't have a problem disclosing their creations.

Whether or not it's a Corvette underneath, it's clear that Prato is plucking parts from the General Motors catalog circa 2004. With that in mind, you'd expect the Prato Orage to be on the affordable end of the supercar spectrum, right? Wrong. Prato asked 850,000 euros for this thing back in 2017, or about $955,000 in today's money. A fraction of that cash could net you a C7 ZR1, or a deposit on a launch-spec C8, which GM will finally reveal in less ten days.

Seemingly forgetting about the existence of Bugatti, Prato proclaims itself to be the "first French supercar manufacturer." It named its first car, the Orage, after the French word for "thunderstorm"—a fitting name for a car claimed to have the most powerful naturally aspirated V8 ever seen in a production car. Said V8, according to Autocar, is an 8.1-liter lump making 888 horsepower and 738 pound-feet of torque. If you have a really sharp memory, you might remember that Prato claimed in 2017 that it'd build just 19 cars, which sort of pushes the limits of the term "production car."

The Drive contacted Prato Automobiles for a statement on Kingston's comments, and we will update when we receive an answer.

It’s been eight full years since the Tuatara’s original concept was first unveiled at Pebble Beach.