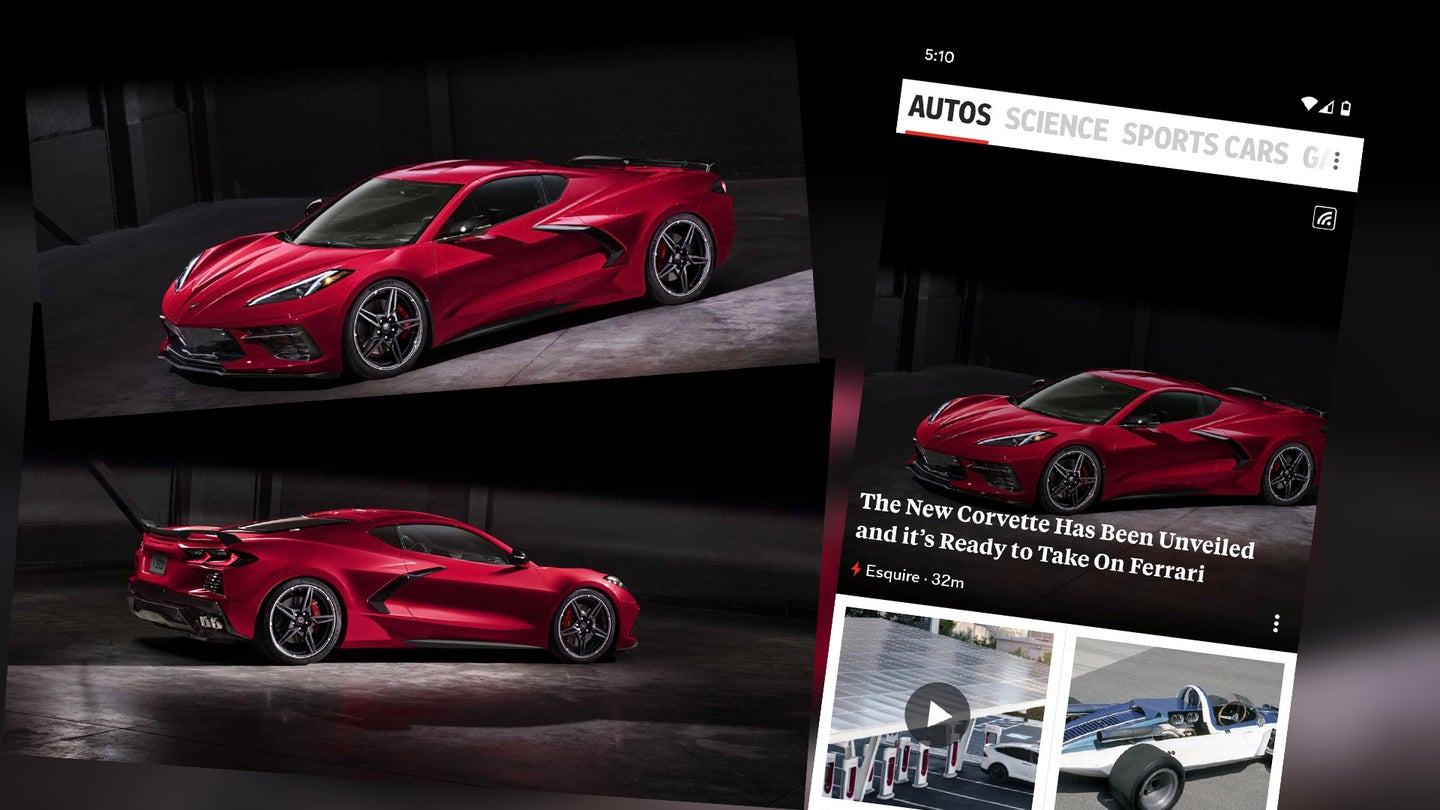 It seems Esquire had a digital-publishing snafu earlier this evening, and the outlet apparently leaked photos and details on the eighth-generation, 2020 Chevrolet Corvette Stingray hours before GM wanted the world to see it. (The official launch event for media is happening this evening in Tustin, California.) The leak apparently happened via Apple News, according to Motor1, which grabbed the article and photos before Esquire took it down.

From screenshots that appear to be media images from Chevrolet, the new C8 Corvette is the mid-engine revelation that's been speculated for decades. It was only in 2018 that Chevrolet admitted such a mid-engine Corvette was indeed in development. According to the Esquire article, the new C8 Corvette features a new, 6.2-liter dual-overhead-cam V8 coded LT2, mounted behind the C8's passenger cell and in front of its rear axle. Not only is this a significant departure from the traditional front-engine ‘Vette, but it’s also a departure from the car’s signature use of a pushrod V8.

So far, we've seen other leaks of the car, previewing the likes of its interior and even its rear-end.

According to the article, the LT2 will produce 495-horsepower and 470 pounds-feet of torque, delivering an estimated 0-60 time of less than three seconds. Solid figures for what’s anticipated to be the base-model C8.

Other details include a new eight-speed dual-clutch automatic from Tremec. Enthusiasts will lament the lack of a manual-transmission in tonight's announcement, although a manual still may be included at some point. It's not too surprising Chevrolet may have left the manual out of its launch messaging, given an emphasis on the C8's performance figures, considering a dual-clutch can easily out-shift any human to maximize 0-60 times.

The article also mentions an optional “Z51 Performance Package,” which bundles up beefed-up brakes, improved cooling, and an upgraded exhaust.

Still, if these images and details are correct, we now have our best look at one of the most highly anticipated car reveals of the century: history’s first production mid-engine Corvette. Stay tuned.

It’s a new Corvette, inside and out.