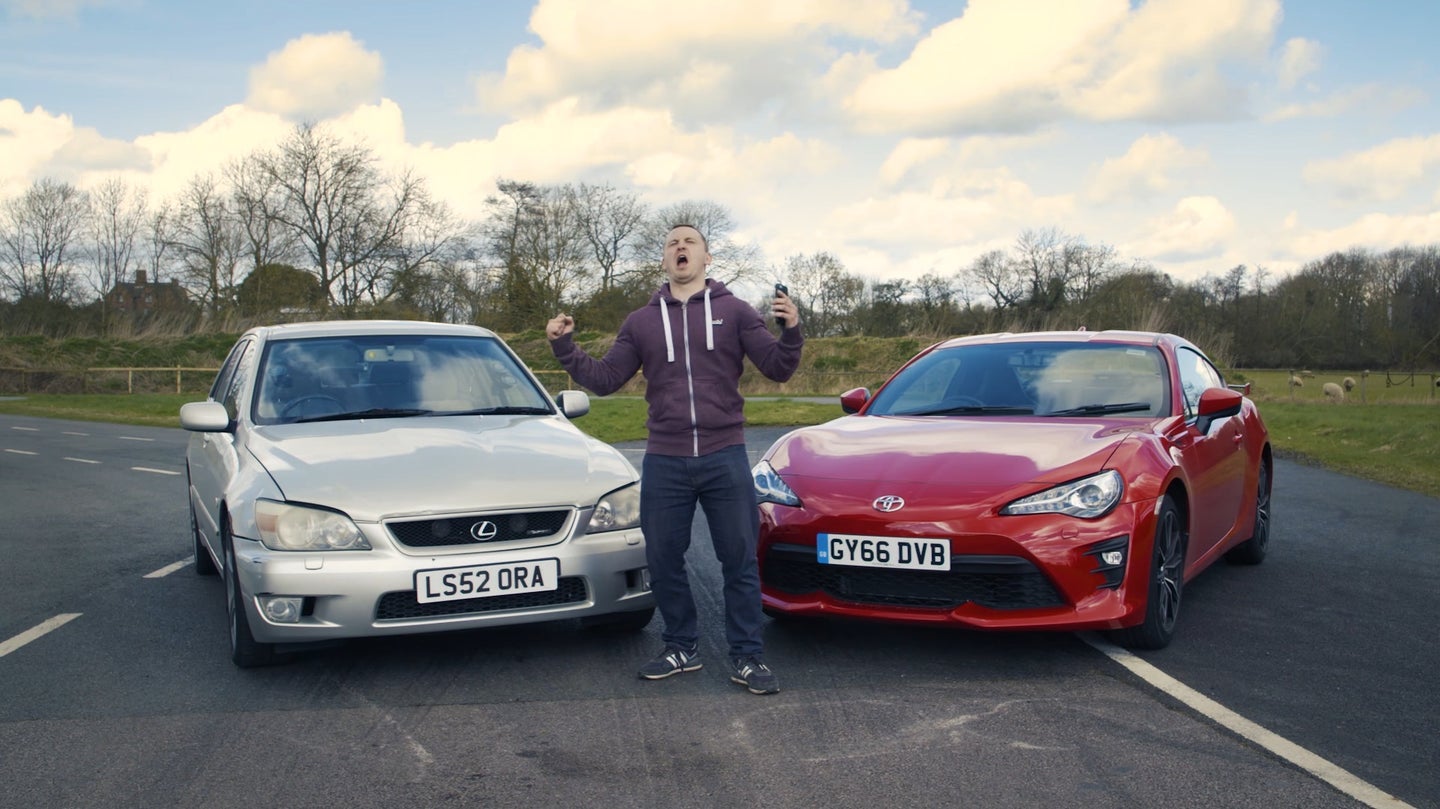 With its lightweight platform and AE86 Hachi-Roku heritage, it's no secret that the new Toyota 86 (previously Scion FR-S) is regarded as one of the greatest entry level sports cars you can buy today. But are there better alternatives?

Alex of Car Throttle recently purchased a 15-year-old Lexus IS 200 project car off eBay and pit it against the new GT86. Sure, the IS 200 weighs more and is putting down about 50-hp less than the GT86, but it's a canvas with a lot of potential and also has something that arguably makes it a closer AE86-successor than the current 86 – the IS 200's 3SGE BEAMS motor, co-developed with Yamaha, is a popular swap among AE86 tuners as its character is similar to the AE86's 4AGE, especially when compared to the modern FA20 flat-four in the 2017 Toyota 86 and BRZ.

Still, Alex's IS 200 is old and rough around the edges, so a head-to-head time trial against a brand new GT86 is somewhat unfair. After three laps around the Curborough sprint course in the GT86, Alex set the fastest lap of 39.92 seconds. And the Altezza? Alex managed to wrestle the Lexus to its quickest lap of 42.46 seconds.

Yes, 2.5 seconds is a pretty wide margin for a track that is less than a minute long, but it's still remarkable to see the 15-year-old 4-door sedan manage that much. What's more, Alex only paid £900 for his used Lexus (about $1,100 USD), which is no doubt a lot of car for the money.

In his quest to transform the Altezza into a budget track weapon, Alex will purchase future upgrades for his project off of eBay and share his build on Car Throttle. It doesn't necessarily have to be a major makeover – the IS will definitely feel more nimble and buttoned down after Alex takes away the back seats, invest in firmer lowering springs, and replace the tired brakes and worn tires with something with more bite.

Check out Alex's new Lexus IS 200 project against the new GT86 in the video below: