Or is it Japanese Racing Green? Is that even a thing? 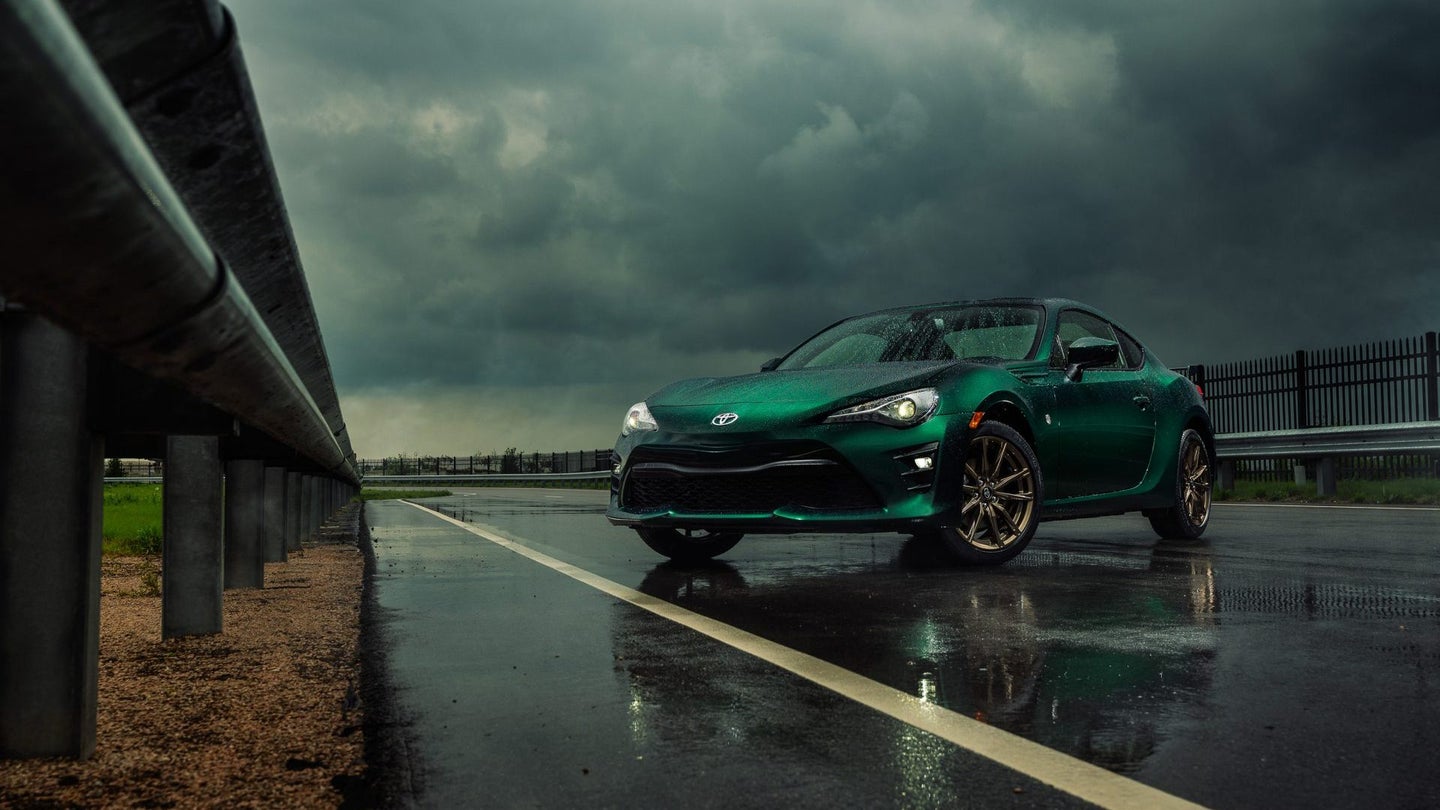 Back in February, Toyota unveiled the Japan-only 86 British Green Limited Edition. Now, the automaker is bringing what is, as far as we can tell, the exact same car to the U.S. as the 86 Hakone Edition.

Named after Japan's famous Hakone Turnpike, this special edition 86 gets bronze 17-inch wheels, a tan interior, a black spoiler, and that cool, dark green paint job Toyota calls here Hakone Green. It can rebrand itself all it wants but who are we kidding? It's British Racing Green. (Is Japanese Racing Green a thing?)

Everything else is lifted straight off the GT-trim 86 including the 2.0-liter Boxer-four making 205 horsepower and 156 pound-feet of torque, either a six-speed manual or automatic transmission, push-button start, heated seats, and dual-zone climate control. The Hakone 86 also features LED headlights and fog lights.

Located just a couple of hours away from Tokyo, the Hakone Turnpike is a private toll road that snakes through the mountains via many long, gorgeous bends. It's a regular destination for many Japanese gearheads and has drawn comparisons to the Nürburgring Nordschleife...although that might come to an end once Toyota is finished building its Toyotaring.

2020 will mark the 86's eighth model year on the market. A successor is reportedly being co-developed with Subaru and could be based on Toyota's New Global Architecture.

Meanwhile, the 2020 Toyota 86 Hakone Edition will be available this fall.