Why make dominoes fall when you can do something a thousand times more complicated and a lot smokier? 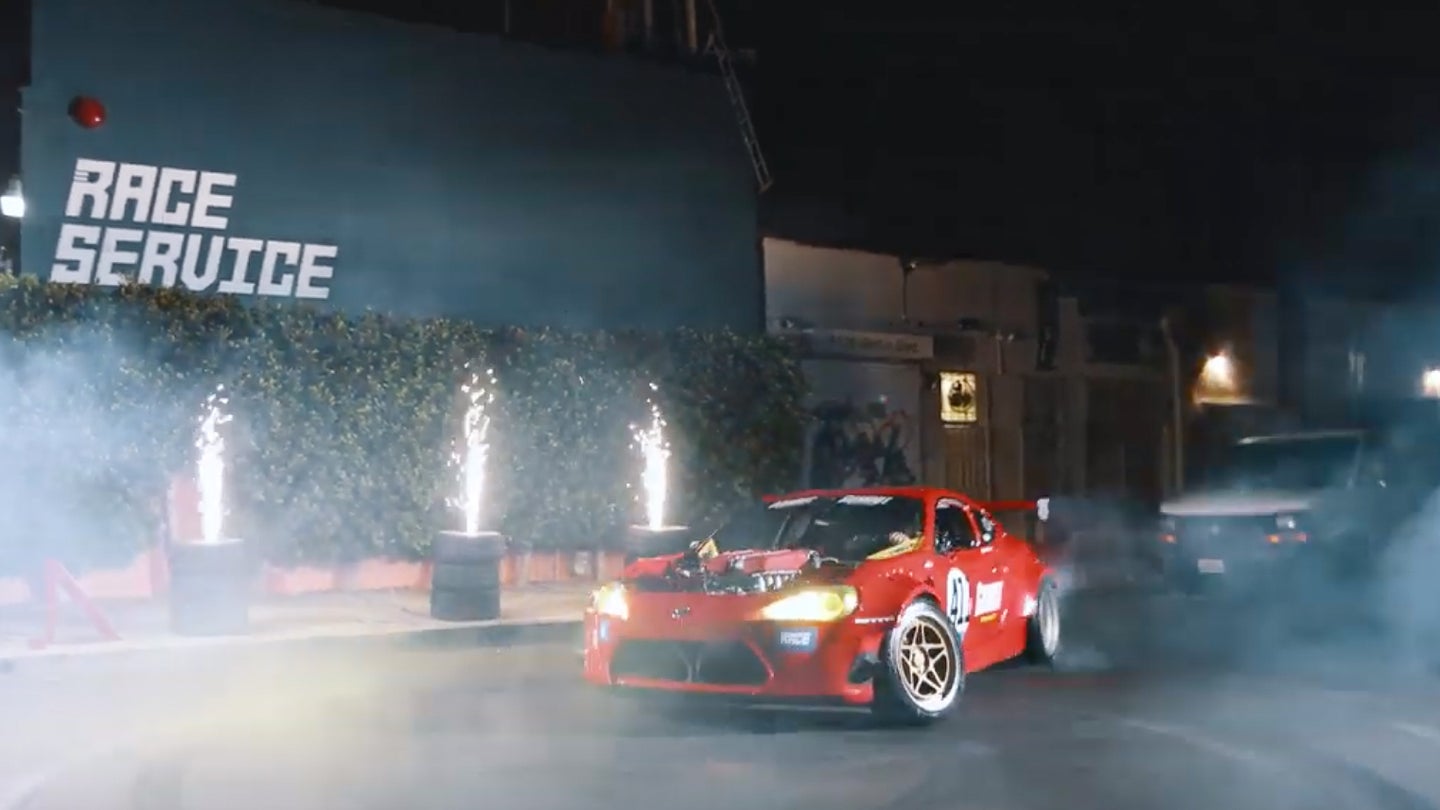 Inspired by famous inventor and chain reaction expert Rube Goldberg, Nitto Tire and Driving Line came together to design one of the most complicated (and funniest) chain reaction videos we've ever watched. The clip, which was just uploaded to YouTube, features Formula Drift star Ryan Tuerck and his awesome Ferrari-powered Toyota 86 drift car.

The entire production is designed to highlight Nitto’s new tire line, making this a pretty fun-to-watch marketing exercise. The footage includes appearances by the brand’s off-road and high-performance tires, as well as some light truck and SUV rubber. Outlandish items like a bowling ball and even a knife-toting drone are used to trigger the ultimate finale of the film: a good 'ole session of tire destruction via donuts.

Although Nitto initially calls the video a chain reaction film (and it technically is), it’s actually a Rube Goldberg “machine.” If you’re not familiar with the concept, Rube Goldberg is the godfather of extremely complicated gadgets and processes to do relatively simple things. He's particularly famous for the napkin and egg-cracking machine, contraptions that took well over 20 steps and processes to complete one single function. However, this video’s over the top action that ends in a floor jack lowering to the 'ToyoRari is probably the most action-packed version of a Goldberg Machine we’ll ever see.

Tuerck and his team will be running Nitto tires on Formula Drift this coming season, so by the looks of this ensemble, we predict that the two parties will be getting along just fine.

There’s nothing better than watching a classic hunk of American metal drift through a corner with this kind of grace and ease.