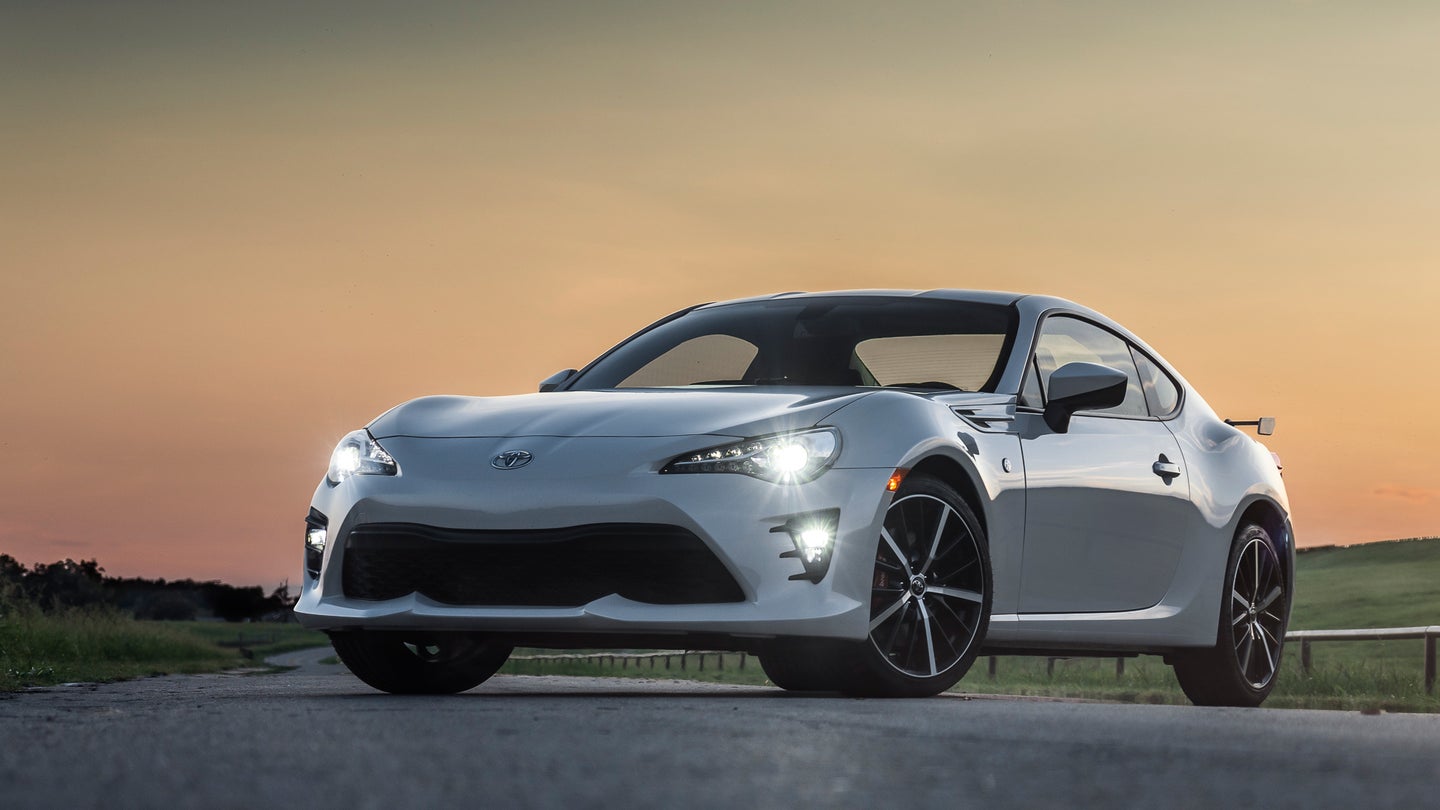 Since the Subaru BRZ-slash-Toyota 86's launch in 2012, criticisms of the car have mainly targeted its power output, with members of the motoring media pining for an extra 10 or 20 horse. But with the model's coming redesign, which is expected to be revealed within a year, the new Toyobaru could reportedly gain more horsepower courtesy of an engine sourced from the Subaru Ascent—but whether it'll have that crucial turbocharger remains the subject of debate.

Japan's Best Car and domestic MotorTrend both agree that the upcoming sports car will utilize said crossover's 2.4-liter, all-aluminum flat-four, though they argue over its anticipated aspiration. The former claims no turbo, and an approximate power output of 217 horsepower and 177 pound-feet of torque. Meanwhile, the latter says aye to boost and claims an Ascent-paralleling 260 horse and 277 pound-feet.

A similar argument is had over the new 86's platform. Japan says it'll use a refurbished version of the current 86's chassis, with updates borrowed from the Subaru Global Platform introduced in 2017, whereas our countrymen "expect" it to migrate to a derivative of Toyota's TNGA architecture. More specificity over the upcoming model's dimensions, however, lend Best Car's story more credibility than MotorTrend's, as do details about Subaru's plans for phasing out the current BRZ.

According to the Best Car, Subaru is eager to replace its last remaining model without Subaru EyeSight safety tech as soon as possible, and plans to close order books for the current BRZ as soon as July 20. This was reportedly meant to precede the new model's debut by just a few months, with Subaru and Toyota initially planning the vehicle's reveal for Autumn of this year, though that was likely before everyone's plans for the year got hip-checked by a certain virus. Instead, Subaru and Toyota have reportedly pushed the redesigned model's reveal out to spring of 2021, by which point the world will hopefully be back on its feet, and ready to splash out on a new sports car.

Something to keep you or the little ones busy—that isn’t Minecraft or Fortnite.