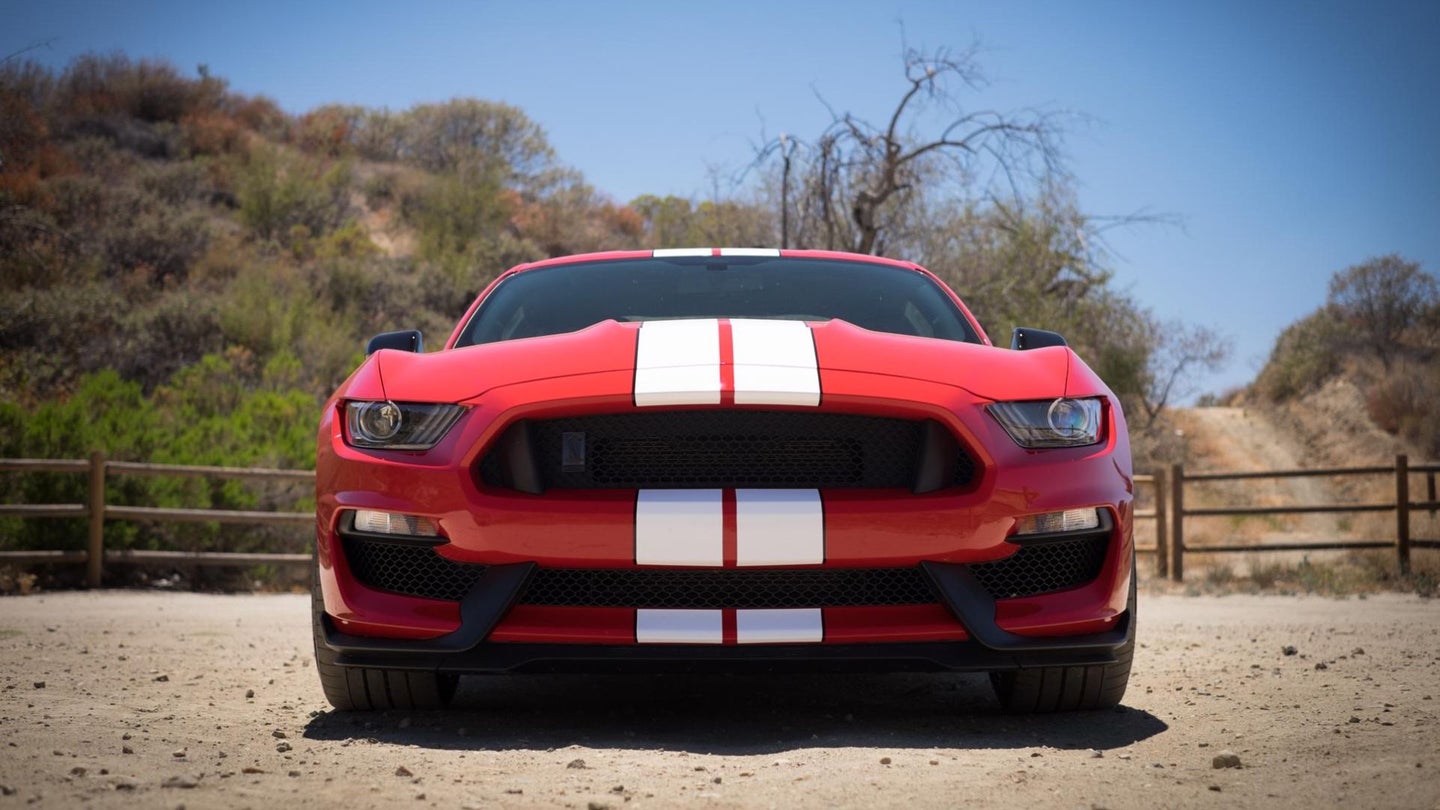 The death of the sports car—and its close friend, the manual transmission—has been widely predicted by auto industry observers, Wall Street analysts, and comment-section warriors alike over the past two decades. The thing is, they got it partially right. While it's a lot harder to get a stick shift on a family car now and the "sports coupe" market that once yielded fun machines like the Honda Prelude is basically nonexistent, we’ve had a sports car renaissance that no one particularly saw coming. Hell, we’re actually up to our ears in go-fast machines.

Toyota Supras and 86s, Porsche Caymans and Boxsters and 911s, Chevy Camaros and Corvettes, Ford Mustangs and Focus RS-es, Jag F-Types, Mercedes C63 and AMG GTs, Volkswagen GTIs and Golf Rs, comically overpowered Mopars, the ever-present Miata and every BMW you can slap an M badge on, in spite of a supposedly dwindling demand, made its way into our garages. They're faster, more powerful, safer, and more efficient than they've ever been. Even if they don't sell in mass volumes the way they did when a Mercedes SL was the status symbol to have, not a GLS, today's sports cars are better than ever.

We ended up with a golden age I don’t think we appreciated, we should’ve because we’re now facing something of an unknown. The Covid-19 pandemic—have you heard about it?—is going to rip through the automotive industry like a lion ripping through the flesh of an unaware antelope. Deep cuts are going to be made by every automaker, including ones we once thought unflappable.

The economy's in the toilet. Unemployment is rampant. Sales are down. Automakers everywhere are looking to make severe cuts just to survive. The pickup trucks, SUVs and crossovers will be what save them, if they can be saved at all. Performance-focused internal combustion engines are already taboo among some. Given all of that—and the fact that this seems like an awfully unrealistic time for anyone to be paying $70,000 for just two seats—I'm curious if we're about to see the end of this glorious epoch. And I wonder what we lose when that happens.

Even those sports car development programs that may largely consist of cost-reduction through intra-manufacturer efforts—i.e. the BMW Supra, Fiata, Aston Martins with AMG engines—may not be able to save themselves from becoming fossils like the fuel that powers them. This makes me concerned about those sports cars that already took more old-school approaches, cars like what I consider the best sports car of the last 30 years, the Ford Mustang Shelby GT350.

If we are in the last great era of gasoline-powered cars, the GT350 should be its poster boy. Ford Performance started with the current Mustang, at this point without question the best Mustang ever made. Then they cut all the fat, gristle, and clogged arteries keeping the Mustang from attaining that six-pack its engineers always wanted. Out was sixth generation's front clip, front and rear suspension, standard chassis bracing, 2+2 arrangement (optional or standard in the GT350R), a number of body panels, brakes, wheels, and choice of engines.

In their place came a 5.2-liter naturally aspirated, flat-plane crank V8, aptly named Voodoo. The V8 revs higher than every other V8 on sale and if you’re keeping track at home, redlines at a Lamborghini-shaming 8,250 RPM.

Torsional stiffness went up. Weight went down. “Ultra-quick” adaptive suspension became standard. A mechanical rear-differential was tuned to perfection. Carbon fiber wheels became optional extras, the first offered on any production car. A square stance and Michelin Pilot Super Sport tires delivered previously unbelievable stickiness to the platform. And particular attention was paid to the car’s aerodynamics to take on sports car royalty; the Porsche 911 GT3 RS. All those words together would’ve been laughable had they not delivered.

One outing I vividly remember was my dad’s 60th birthday where, while I was working for Automobile Magazine, I took the keys to a bright red with white stripes GT350 home. The idea was to give my dad, a man who stoked my love of speed and sketchy decisions, the ride of his life through one of Los Angeles’ canyons. I couldn’t have asked for a more perfect day as the sun shone, the road I had chosen was clear, and my dad, who’d always thought himself unflappable, puked twice from the dizzying g-forces and the potential 1,000-foot drops.

Even after his lunch came up and out, though, he smiled, laughed, and just sat back in awe. In his own words, “Let’s see, my stomach is in my nostrils. That was a mix of rollercoaster and Disney World’s Teacups. This car is built well, and I’m not a car person but I can tell you it’s fast, it’s strong, it’s wild.”

At the GT350's launch, the late Chris Svensson, Ford’s Americas Design Director at the time, said, “Everything we changed on GT350 is purely functional-driven design, with the goal of improving the overall performance of the car.” Ford achieved that goal, but not at the expense of two traits I find are far more important than pure performance; engagement and the "giggle factor."

You aren't going to get that in a Toyota Venza.

Many competitors offer more speed, but few offer a deep connection between driver and machine. I've even found the more powerful GT500 dulls that connection somewhat. You find that bond with the GT350 right when you pop it into gear and utilize every ounce of the powerband you have to play with. You're a part of every shift of its six-speed manual instead of just being driven. And the resulting tempo reverberates off walls, canyons, tunnels, and your insides. Even years after your last drive, you’ll still feel the weight of the shifter, the clutch pedal, and be able to hear the Voodoo’s crescendo.

Also, while tactile steering response has been replaced with what amounts to haphazardly noodling in the Mississippi's dark and dingy waters, the GT350's is pristinely Antarctic, clear, weighted, and dead-on accurate—its tires may as well be chemically bonded to the tarmac.

Too few sports cars also engage in what I call the "giggle factor," where feral performance causes uncontrollable and manic giggles, which the GT350 has in spades. On my first outing, snaking down Laguna Seca's Corkscrew, my neck straining from the G's, and the Voodoo savagely howling for more, I found myself in such feverish hysterics most mental health professionals would seek a committal order. "Give me more, dammit!" I yelled. Few supercars elicit such a response.

I can only speak for myself, but one day when I join the rank of old, gray, cantankerous folks retelling the year (hopefully) we had to spend inside to the grandkids, I'll be talking about the GT350: the People's Champ. The culmination of engineering, heart, soul, and enthusiasm. All of which is now in jeopardy.

Enthusiasts are about to witness a culling over the next few years that’ll put 2008, the Oil Crisis, and even the Great Depression to shame in terms of what stays, what goes, and what disappears. Worse yet, we’re not even done yet as countries, states, regions, and governments aren’t fully open for business. There’s also the real possibility of a second wave and large swaths of the global economy necessitating a second shutdown. There’s more to come.

The auto industry was already shifting heavily to electrification well before this crisis—as well they should, because we can't put off our looming climate disaster just to deal with a pandemic in the short-term. But there's a reason all those new EVs are crossovers and, soon, pickup trucks. Those are what people are buying. And to be fair, buyers don't need a two-seat layout and a low-slung body that's tough to climb in and out of to have fun anymore. The proliferation of performance engines into SUVs helped doom sports cars as much as anything. But after the pandemic and with ever-tightening emissions rules, I'm not sure I see a world where conditions will be ripe to make something like the GT350. Not again.

Of course, it's true that across the board, we all have more important things to worry about right now. Our jobs. Our health. Our economy as a whole. What tomorrow looks like, let alone next week or next year. But this is due to be a transformational event for the auto industry, one that will accelerate some trends already in motion and halt others completely. If you love driving, don't expect the same world on the other side of this.

Volkswagen is still going forward with the launch of the 8th-generation Golf GTI and Golf R, Toyota has already updated the new Supra, and there’s still the new Corvette to contend with, at least once GM restarts production. But those were all developed in the before times and they’re few and far between. There are loads of supposedly forthcoming sports cars that manufacturers have yet to properly debut or announce whether they’ll receive sequels, including the Camaro.

Every arrow is seemingly pointing to the death of the sports car and we may never be able to beat the GT350. Good for Ford, the Blue Oval will go out on top. But man, do I hope I’m wrong.