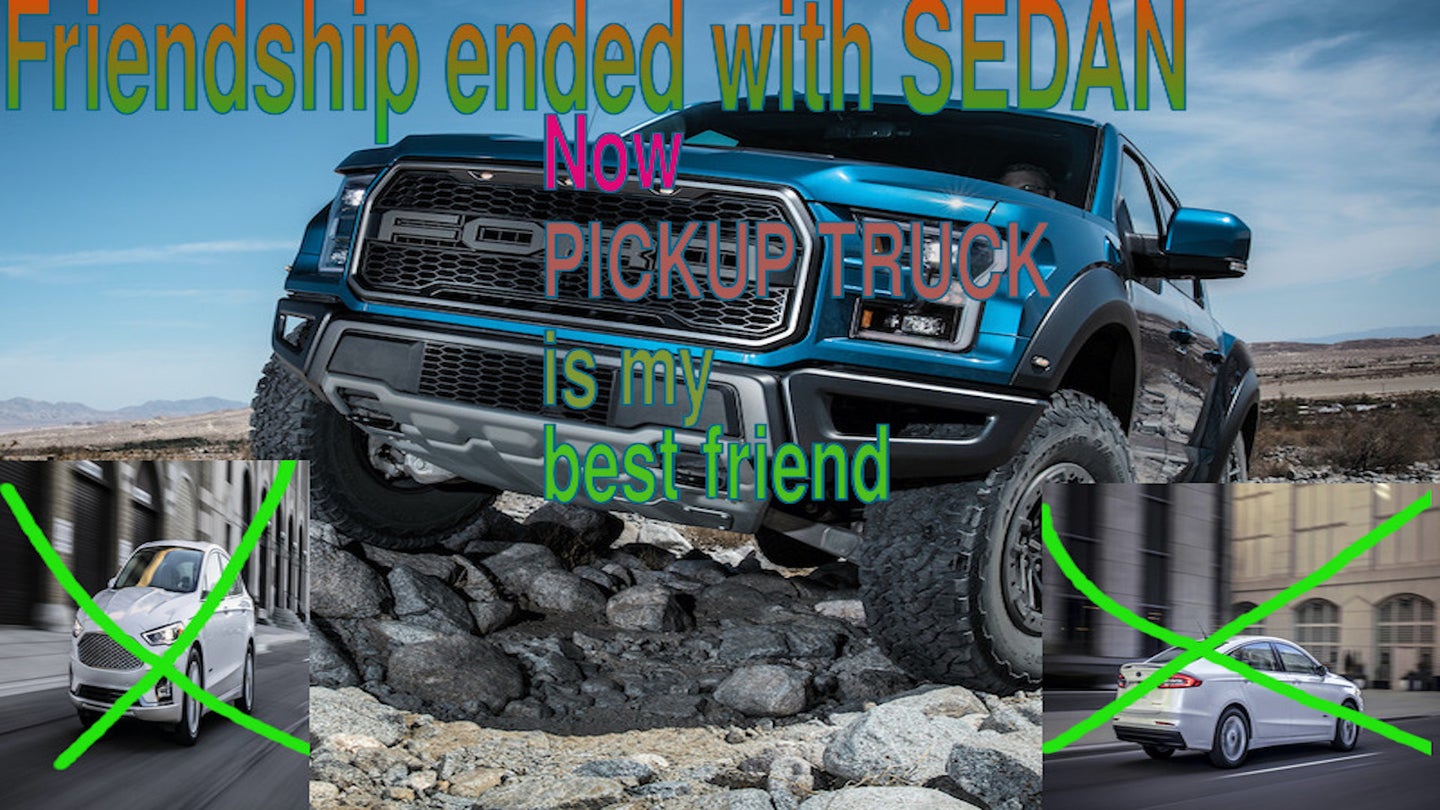 America has always without question been the land of pickup trucks, though when it comes to topping sales charts, passenger cars (sedans, coupes, crossovers, SUVs) have always had pickup trucks beat, and by margins as large as half a million sales just five years ago. But for the first time in American history, against the headwinds of poor economic conditions, trucks turned the table, reportedly outselling passenger cars by 17,000 units in the month of April.

These numbers come from a sales analysis by Autodata Corporation reported by Bloomberg, which added that full-size trucks accounted for more than 40 percent of sales by Detroit's Big Three (Fiat Chrysler, Ford, and General Motors) last month. Industry analyst Joe Spak reportedly attributed the relative surge of truck sales to slower, less aggressive pandemic response measures taken by states in truck-loving Middle America, which led to the region making up a higher-than-usual proportion of new vehicle sales in April.

Truck sales also benefitted from generous financing opportunities, with more than 25 percent of financing buyers snatching zero-percent interest rates last month, though at the cost of payment terms of up to 84 months. Deals like these and pressure from big business (the auto industry included) to restart the economy as soon as possible are expected to drive a partial sales rebound for the month of May, though whether trucks can hold on to their position ahead of sedans—still behind CUVs and SUVs—is doubtful.

Production shutdowns mean that stocks of popular trims for trucks are dwindling according to a report by Automotive News, which could leave dealers with pickups that are harder to sell, if any truck inventory whatsoever. Fortunately for them, all of Detroit's major players are—for better or worse—chomping at the bit to partially restart vehicle production, and keep their businesses puttering along during these uncertain times.