But this could spell trouble for buyers purchasing above their means. 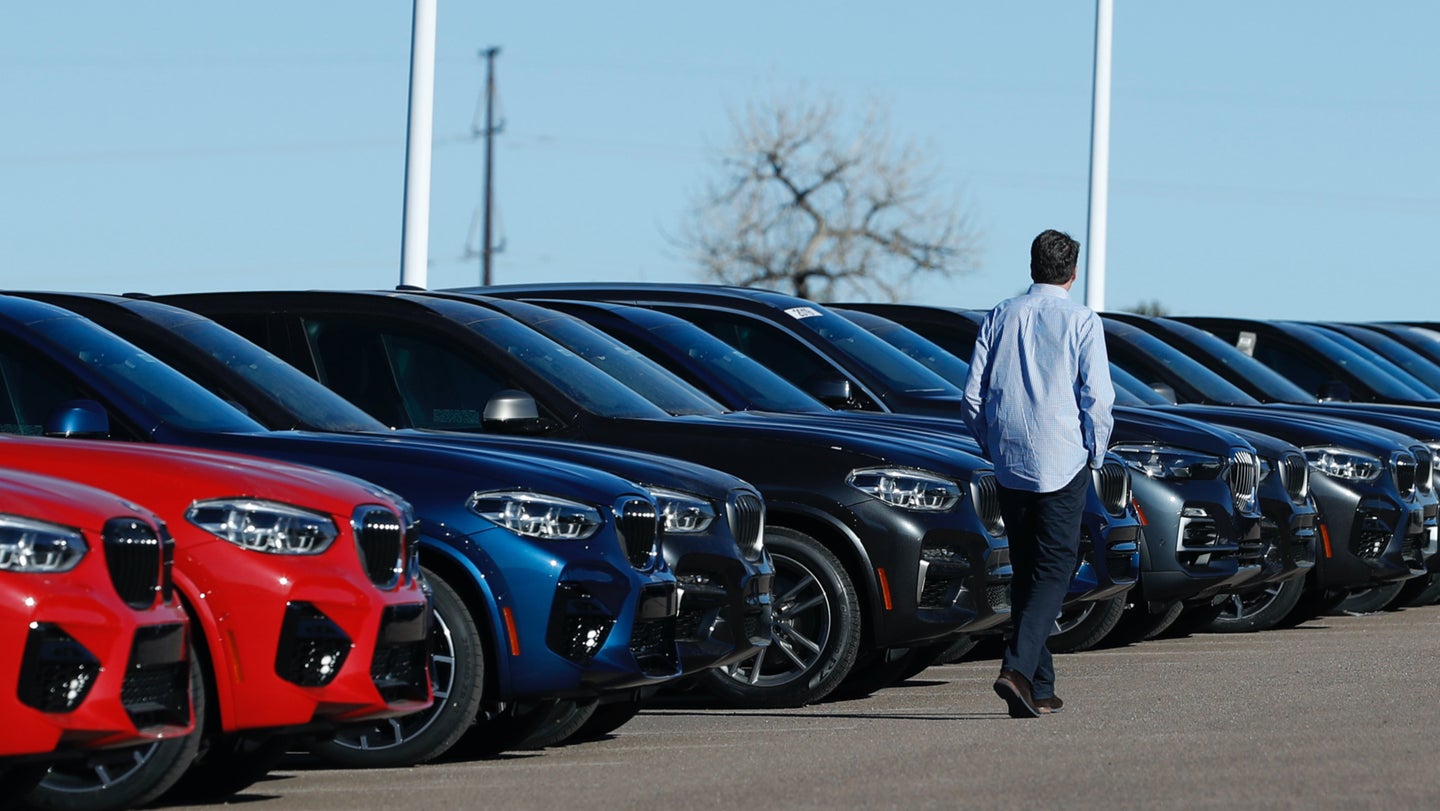 Automakers are doing whatever they can to boost sales right now, and it's a great time to buy—so long as you're buying within your means. Edmunds reports that 25.8 percent of new car finance deals made in April had zero percent loan terms, which is the highest they've ever reported since they started tracking sales data in 2004.

"It’s a buyer's market," Edmunds' Executive Director of Insights Jessica Caldwell said in an email statement. "And while there aren't a lot of buyers right now, those in a position to purchase a new vehicle are taking advantage of the most generous financing programs we've seen this century."

The key words there are "those in a position to purchase," and Edmunds' experts warned that new car buyers may be stretching their budgets beyond their means. The average term length of new-vehicle finance deals hit a record high of 73.4 months, with 81 percent of buyers financing new cars for terms between 67 and 84 months. Many of these red hot deals offer a worrisome combination of zero percent APR with 84-month long terms—just to get people in the door and vehicles off the lots.

The high number of zero-percent loans lowered the average APR these days to 4.3 percent, Edmunds reports. That's the lowest it's been since August 2015. For comparison, the average APR for new car loans was 5.8 percent in March, and 6.3 percent in April 2019. On its face, that isn't bad news—unless people are using these loans to buy outside their budgets.

Indeed, the data shows buyers are financing larger amounts to get the new vehicle they want. The average amount financed was a record-high $37,681 in April, compared to $31,914 last year. The average down payment for new cars in April was down to $3,159—the lowest Edmunds recorded since July 2011 and a 21 percent drop from March's average. And average monthly payments increased to $584 in April from $553 in March, which is more of an increase than it sounds like given the longer loan terms.

So what does all this mean? People are using zero percent rates but putting less money down, getting longer loan terms and also getting locked into higher payments.

“For the fiscally responsible buyer, this is a great deal, but for others, this could spell trouble,” Caldwell said. “Although longer loan terms help make financing larger purchases more palatable, consumers who opt into these deals put themselves at higher risk for negative equity further down the road.”

The used car stats for April also seem more concerning than they did in March, but not as dramatically as those for new cars:

These figures come at worrisome times, both for automakers eager to sell and the buyers taking advantage of those screamin' hot auto deals. We're facing an unprecedented economic downturn, and jobs simply aren't as secure as they were before the COVID-19 pandemic.

Thirty million Americans filed for unemployment over the last six weeks according to Thursday's Department of Labor statistics cited by Vox. That number may be lower than it really is as state unemployment agencies are overwhelmed and still processing many applications, and more job losses may still be on the way. Americans simply have less cash to spend and according to a Gallup poll released Thursday, most Americans are not ready for life to return to normal.

This economic upheaval is already hitting both auto lenders and customers hard. A quarter of major auto lender Ally Financial's customers asked for deferred payments during the COVID-19 pandemic.

Longer-term loans for higher purchase prices aren't a good sign as we head into a period of financial instability, but there's at least a silver lining if you have the means to buy a car you actually can afford: the finance deals are incredible. Now's a great time to buy smart, if you're confident about your situation. If not, don't get lured into a deal you'll regret later.