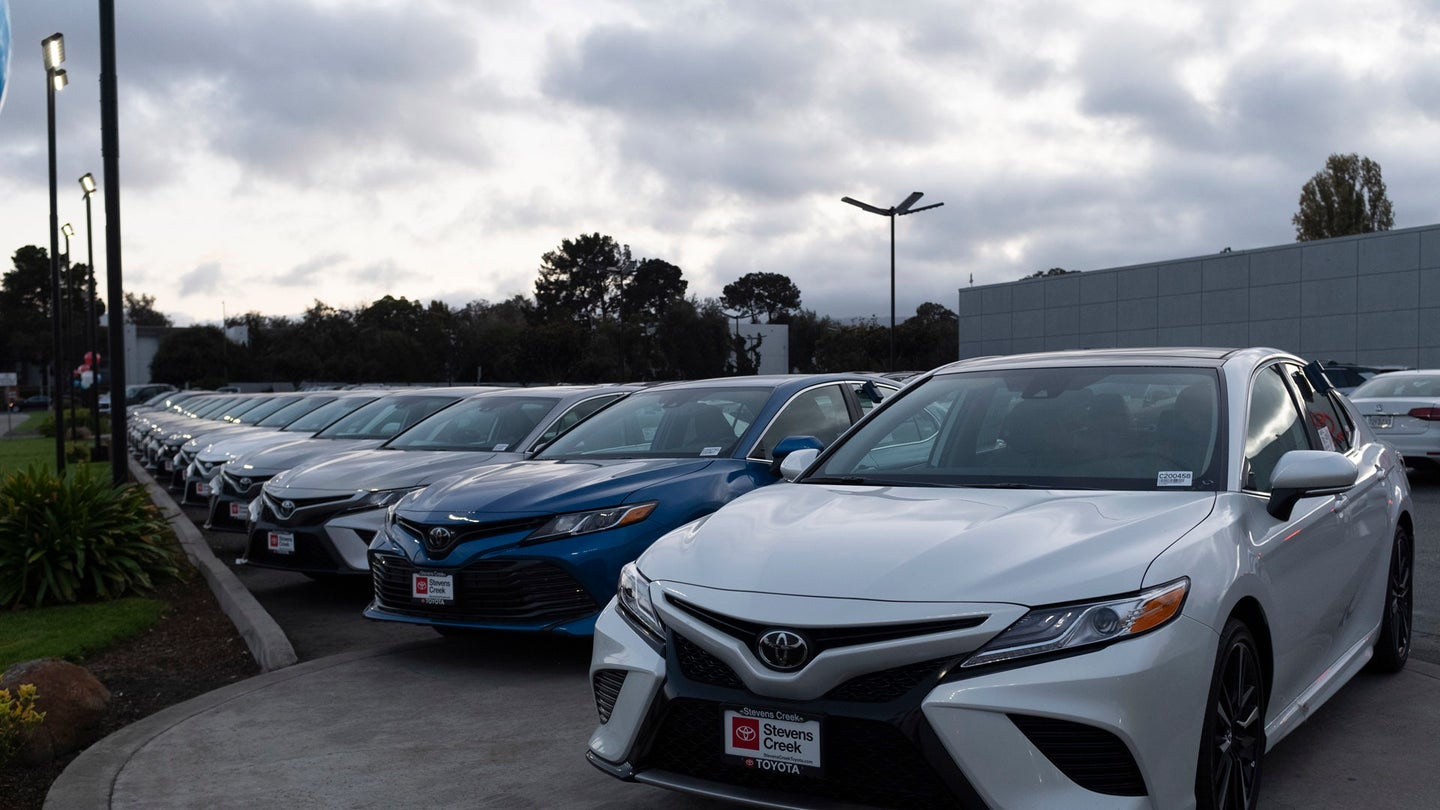 Good morning and welcome back to Speed Lines, The Drive's morning roundup of what matters in transportation. Today we're talking about how incredibly weird and bad everything is right now. You know, the usual.

Ally Financial is one of the largest auto lenders in the country. So as you might guess from our ongoing economic downturn and the resulting plummeting demand for new cars, it's coming in with a pretty big Q1 loss: $319 million, according to Automotive News.

But pretty much every corporation is in that boat right now. More stark to me is what's happening with Ally's customers. A full quarter of Ally clients have asked for payment deferrals, and "the vast majority have never been delinquent before," the story says:

Of the 1.1 million borrowers who requested forbearance, more than three-quarters have never asked for a deferral before and 70 percent have never had a late payment with Ally, CFO Jennifer LaClair told analysts during a conference call.

“We believe participation in this program will lower loss content,” LaClair said. “We will be able to track leading indicators of default and intervene early.”

Ally was among U.S. banks that rolled out forbearance programs to try to stem loan losses as much of the country remains under shelter-in-place orders for the coronavirus pandemic. The firm said it’s increasing its servicing staff capacity to prepare for when the payment deferrals end.

Normally this is where I'd insert a rant about the preponderance of 84-month car loans that people can't afford, but everyone's in bad shape right now, even if they have a sensible loan. Expect more bad news to come for auto lenders this year. In the meantime, don't buy a car you can't afford long-term.

How Are Oil Prices... Negative?

If there's one thing I'm truly passionate about, it's commodity futures. I know you share that passion. But even if you follow those markets carefully, it's easy to be perplexed by yesterday's news that oil prices plunged into negative territory for the first time ever. West Texas Intermediate crude, the U.S. oil benchmark, closed at -$38 yesterday. What the hell does that even mean?

In very simple terms—and without getting into too much detail about stuff like the Russia-Saudi Arabia price war—oil demand has fallen so sharply with the world on hold that there exists a glut of crude supplies and not enough storage. Without storage, sellers are now in the position of being able to pay buyers to take excess oil off their hands.

This story from The New York Times offers a great breakdown, including how the intricacies of futures contracts enter into this situation:

That means that if you happened to be in a position to take delivery of 1,000 barrels of oil in Cushing, Okla., in the month of May — the quantity quoted in the relevant futures contract — you could have been paid a cool $37,630 to do so. (That is about five tanker trucks’ worth, so any joke about storing the oil in your basement will have to remain just that.)

There are two ways of looking at this. First is what happened in a technical sense. The collapse of the May futures contract for West Texas Intermediate crude oil shows how the shock of the crisis is rippling through all sorts of markets and making them behave strangely.

But the broader takeaway is that the Covid-19 crisis is an extraordinary deflationary shock to the economy, causing the idling of a vast share of the world’s productive resources. Don’t let shortages of a few goods, like face masks or toilet paper, confuse the matter. The consequences will almost surely persist beyond the period of widespread lockdowns.

As Bloomberg notes, it may be a few weeks still before consumers see this reflected in their gas prices, which are already at their lowest levels in decades. And when that happens, expect me to hoard barrels in the back of my van.

Emissions Down, But Probably Not For Long

Speaking of strange trends in energy usage, I highly recommend you read this extensive Wired story on electricity, fuel and climate during the time of coronavirus. It covers a lot of ground, but we'll focus on something we've covered here at The Drive this year: significantly reduced air pollution with people driving and traveling less.

The sad news is that while we've proven that we can improve our air quality relatively quickly and easily if we tried, all signs point to it roaring back when the economy gets rolling again:

Back in February, an analysis by the climate group Carbon Brief found that as the pandemic seized hold of China’s economy and heavy industries shuttered, emissions from the country plummeted by an incredible 25 percent. Another analysis by Carbon Brief in early April estimated that globally this year, emissions could fall by 5.5 percent from 2019 levels. That figure may seem low, given that fewer cars are on roads and industries have stalled, but with context, it’s stunning: Until now, emissions have been reliably increasing by a few percent year after year.

[...] The 5.5 percent figure tops the 3 percent reduction in emissions that followed the 2008 financial crash, when economies also slowed and people traveled less. But emissions bounced right back as the economy recovered. Indeed, says Zeke Hausfather, the director of climate and energy at the Breakthrough Institute, which advocates for climate action, we can expect economies to roar back with fervor to make up for lost income. “Broadly speaking, the only real times we've seen large emission reductions globally in the past few decades is during major recessions,” Hausfather told WIRED in March. “But even then, the effects are often smaller than you think. It generally doesn't lead to any sort of systematic change.”

I wish we could take some positive lessons from this disaster, but there's a great chance we won't!

Also part of that roundup: gasoline sales are way down (duh), electricity usage has declined only slightly (interesting) and something called "cloud brightening," which I did not know about until just now.

A Beginner's Guide To Weed In Self-Isolation (Vice)

Do you have a car payment? Are you worried about it right now?