Ford Predicted Our Turbocharged Future All the Way Back in 1984

It seemed dystopian then, but a few decades later, the prophecy has become a reality. 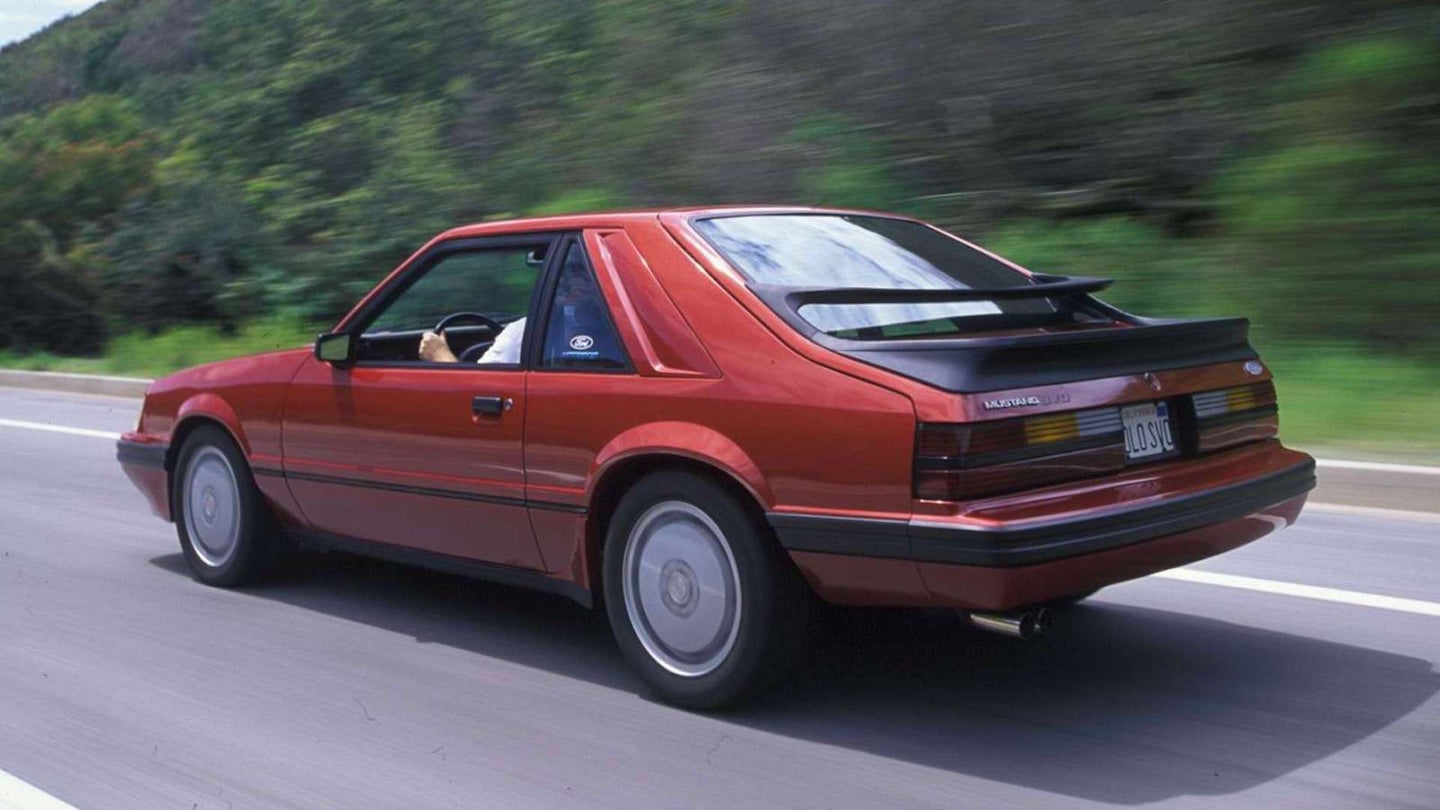 As recently as a decade back, we believed there to be truly no replacement for displacement. Want big power? Need big engine. [Grunts of agreement] But small, turbocharged engines started to supersede larger, naturally aspirated plants in force across the Twenteens, first appearing in supercars like the McLaren MP4-12C and Mercedes-AMG GT, and later on, nearly the entire lineups of mainstream automakers. It's a future almost nobody saw coming—nobody except for Ford, which prophetically foretold this turbo trend 36 years ago.

"In the long run, we believe small-displacement engines with turbos will be the only performance engines," said Ford's then-marketing manager Dave Hall in the April 1984 issue of Popular Science. "We foresee the time when we will no longer offer a V8 as a performance engine."

Mid-1980s Ford, of course, also foresaw the Mustang going front-wheel drive, which it tried to make happen with a Mazda MX-6-based coupe that it later renamed the Probe after customer outcry. Hall's forecast of the V8's disappearance also has yet to be fulfilled, and given Ford's recent introduction of an all-new, 7.3-liter truck V8, the configuration's demise still seems distant—though perhaps not as distant as it did a week ago.

Ford's biggest new product of the year, the 2021 Bronco, will not be available with a V8 engine at launch, and will instead lean on a 2.7-liter, twin-turbo V6 in its top-performing variants. The new F-150, too, has also shown a shift toward efficiency with the introduction of a hybrid powertrain and the pending launch of an all-electric model. More worryingly, the exotic, 5.2-liter Voodoo V8 from the Mustang Shelby GT350 appears to be near discontinuation.

Sure, the likes of Jeep and other Stellantis-run marques will stuff V8s into everything they produce until emissions regulators come knocking on their door, but their many-cylindered revelry seems more like a last hurrah than the reascension of sheer displacement. And considering how global temperature trends have looked this past century, maybe it's for the best cars lose a cylinder or two... Though perhaps we should start with those container ships carrying your Alibaba-sourced Wrangler parts, hm?