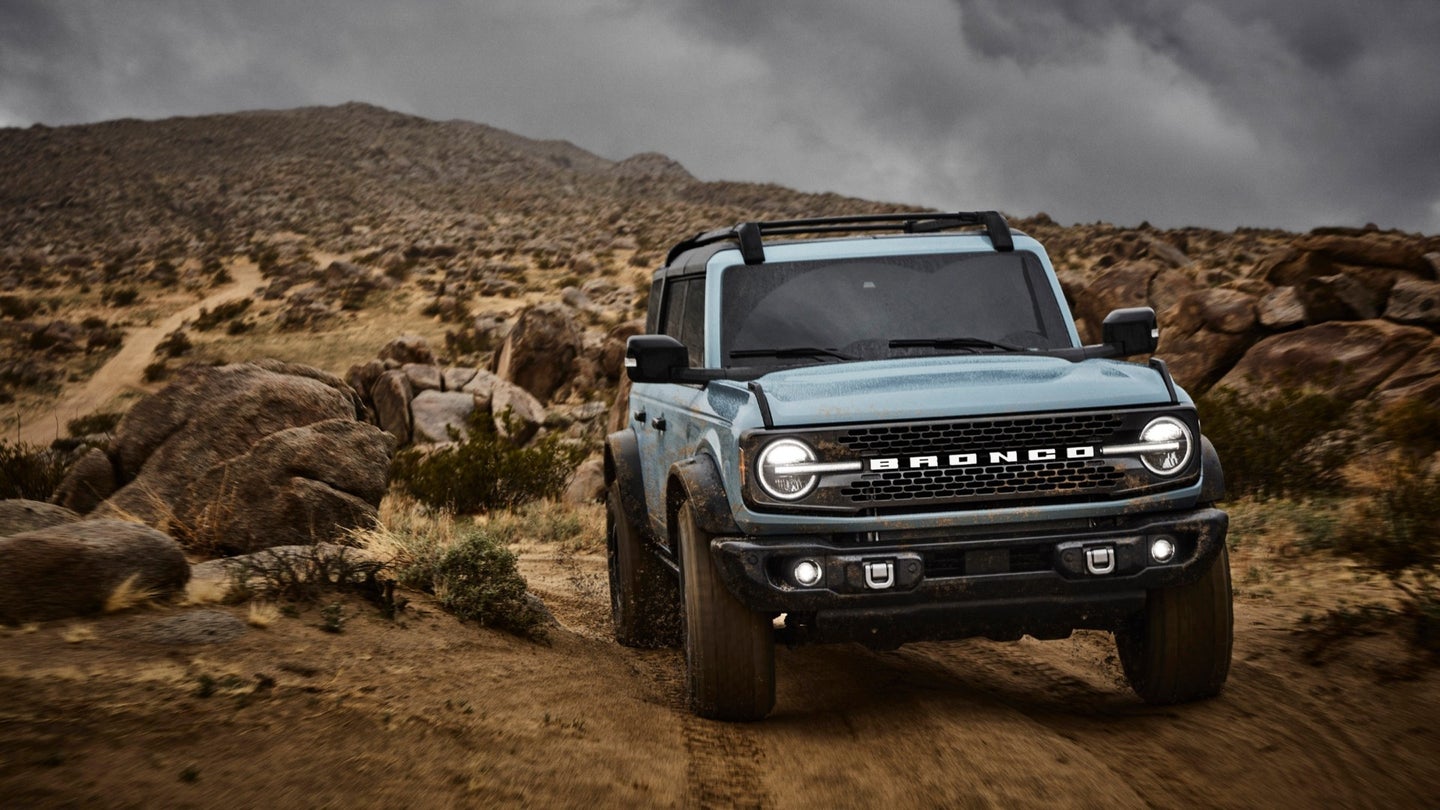 Ask your car friends, or even your friends who aren't car people, and they'll tell you Ford pretty much nailed the 2021 Bronco. It's got the iconic looks, the off-road capability and, with a sub-$30,000 starting price, it isn't ungodly expensive. Virtually everything went as planned during Monday's digital debut of the revived 4x4, except for one key component: the order site crashed. And not just for a little while, either.

Ford began accepting $100 deposits immediately upon the 2021 Bronco's 8 p.m. ET reveal. For that, customers get a reservation number proving their place in line for when the Blue Oval starts building them early next year. As is often the case with hyped-up new car releases, thousands upon thousands flocked to Ford's site to throw down a crisp Benjamin, which is fully refundable should you decide against buying your own Wrangler-fighter. Problem is, the server couldn't handle the massive wave of customers, leaving them without a way to secure their spot.

Town criers across the internet voiced their frustration with some saying they had to wait hours before their reservation went through. Others simply gave up after trying again and again.

Still, when I went to check it out for myself this morning, it told me, "HOLD YOUR HORSES." Well, okay then.

The problems seem to be ironed out now, which means Ford can get back to selling more Broncos than ballparks do hot dogs. This is the first time Jeep has had any sort of real competition in the off-road adventure segment for, what, 25 years? More or less? People are clearly welcoming a new contender. That's not to say one is better than the other—we can't claim that until we've driven both. For now, all we can do is compare the specs on paper.

There's plenty of reason to be excited for the 2021 Bronco, from its seven-speed manual transmission to its factory 35-inch tires in certain trims and packages. It's built to get dirty—the vinyl seats and hoseable rubber floor serve as proof—and it can be optioned to the moon if you'd rather have baseball glove-style leather. Just don't forget about the base model on steelies.