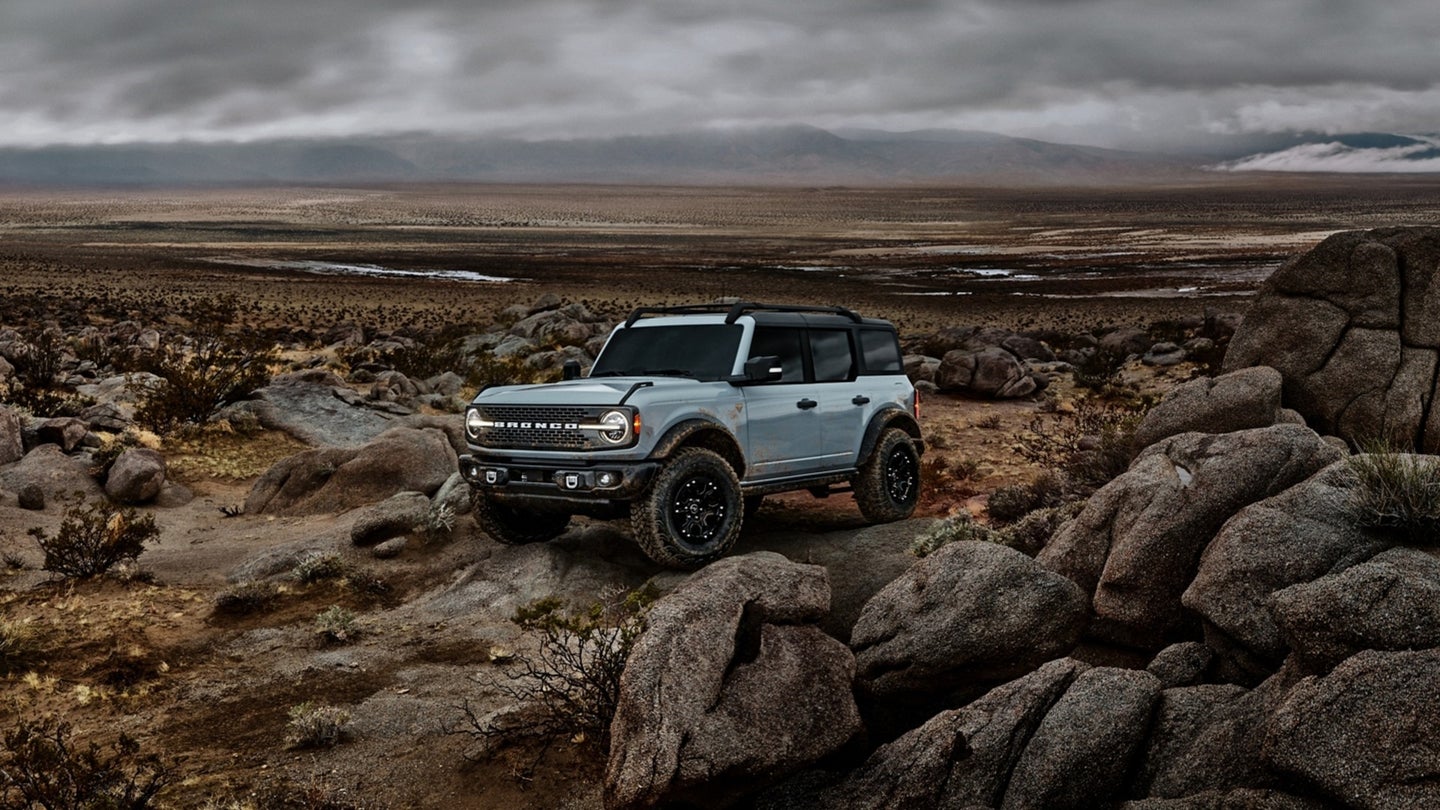 Just as soon as everyone was hyped for the 2021 Ford Bronco, they turned slightly sour knowing that dealers would probably drive prices up to the moon. That's what they do with enthusiast models, especially in their first year of production, and there was little reason to suspect the revived off-roader would be much different. While it's still yet to be seen how most Broncos will be priced, we're hearing word from across the web that retailers won't tack on additional dealer markups (ADMs) for those who reserve their Bronco ahead of time.

This has been a hot-button topic in several circles, from the expansive Bronco6G site to Ford Truck Enthusiasts, both of which feature strong forum communities. Users mentioned their own personal experiences and, surprisingly, most reported their local dealers are selling reserved Broncos at the manufacturer's suggested retail price. Bronco6G even compiled a mighty list of dealers who've been contacted, noting if they'll be deploying ADMs or offering X-plan pricing for those who put $100 down to save their spot in line.

A handful of dealers are actually presenting discounts to knock prices below MSRP, with some deducting $1,000 to $2,000 from the sticker. One Iowa lot—Granger Ford—is going even further and taking $1,000 off invoice, meaning customers will pay less for the Bronco than the dealer does.

While it remains unconfirmed by the Blue Oval, some are saying Ford advised against tacking on ADMs for reserved models. Of course, Ford has nothing to gain from dealers asking more for their Broncos, though it's looking to keep up its healthy relationship with customers who are loving the truck thus far. In fact, the company is even doubling production of the First Edition variant from 3,500 units to 7,000 since so many wanted the top-notch, limited-run model.

Now, this isn't to say you'll never see a showroom-parked Bronco shined up and sporting a $10,000 add-on for "adjusted market value." More likely than not, those are still on their way and, rest assured, people will still buy them because that's just what they do. We live in a gotta-have-it-now society, folks. It really shouldn't come as a shock.