This Dodge Viper Short Film is Full of Action and Flames

Pennzoil created this homage to honor the last Viper. 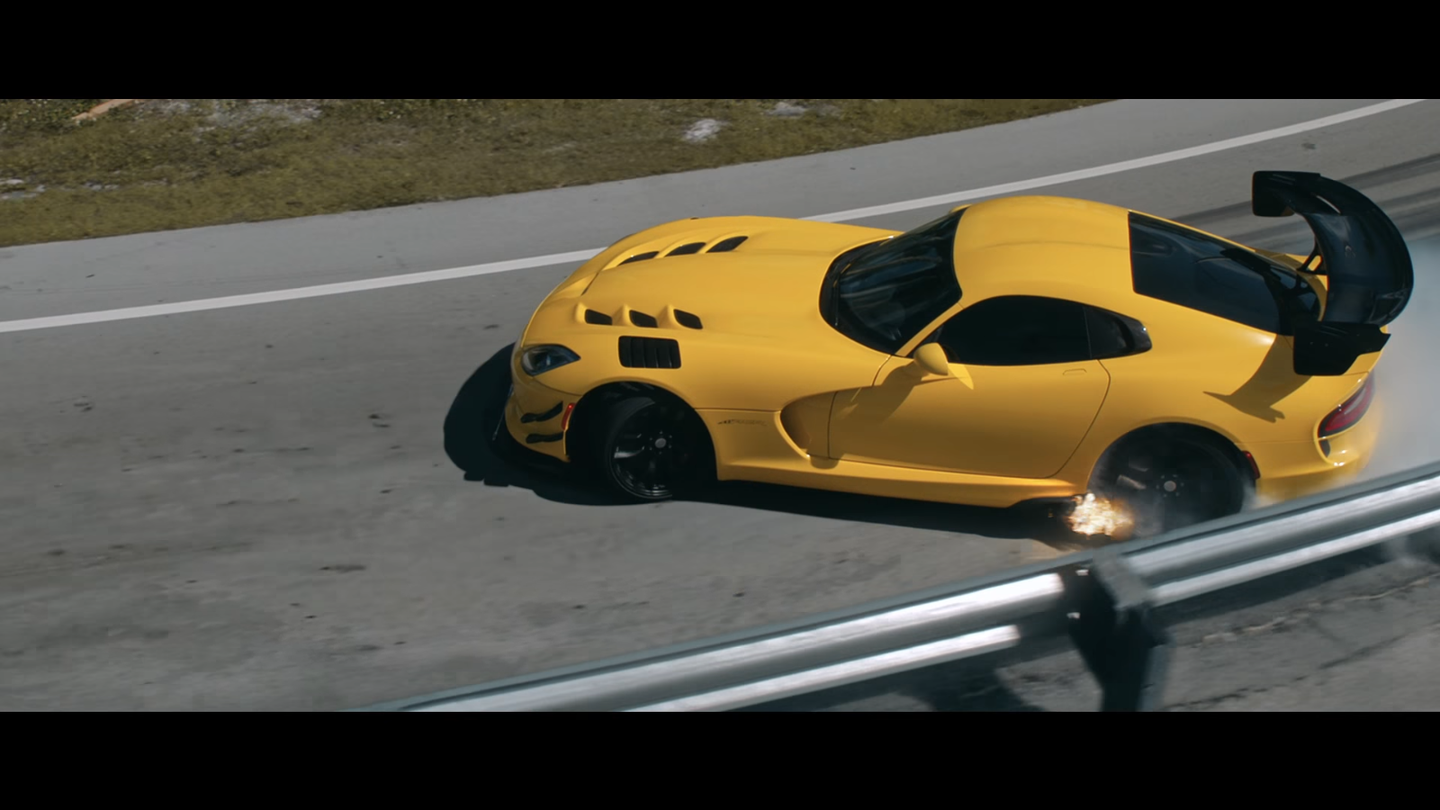 The Dodge Viper has been undeniably American since its inception. Dodge may have taken cues from Lamborghini during the original car's development, but it had a Yankee spirit that shouted loudly over the Italian influence. Consistently noted as one of the most dangerous cars on the market, it has since carried on the raw theme and put it to good use by setting record breaking lap times over and over again. With Dodge's decision to discontinue the Viper from its lineup, many have harkened back on the car's glory days, and this video is no different.

To honor of the final Viper, Pennzoil put together a short film that captures the greatness of the icon. Though the ACR was inherently focused on racing, the Viper as a whole served no other mission than to be brash and rude—much like the one you see here.

As the footage begins, you see headlines covering "Last Viper Stolen," setting the scene for the oncoming chase. With a ton of heroics and machismo, the car is stolen back and then immediately put through the ringer. The Viper then howls through a freight yard, weaving and diving from obstacles while sliding on to the streets with flames spitting out of the side-exit pipe. It slings down the highway with plenty of handbrake and foot action, sending it into a drift that's enabled by the 645 horsepower V10. Aptly dubbed "V8 EATR," the hero car continues to slide around town while making us wonder why Dodge is ousting the car in the first place.

Enjoy this footage as it may be the best tribute to the Viper yet. There's plenty of slow motion clips and close-ups, so make sure you enjoy what could be the last great action film that stars the American legend.