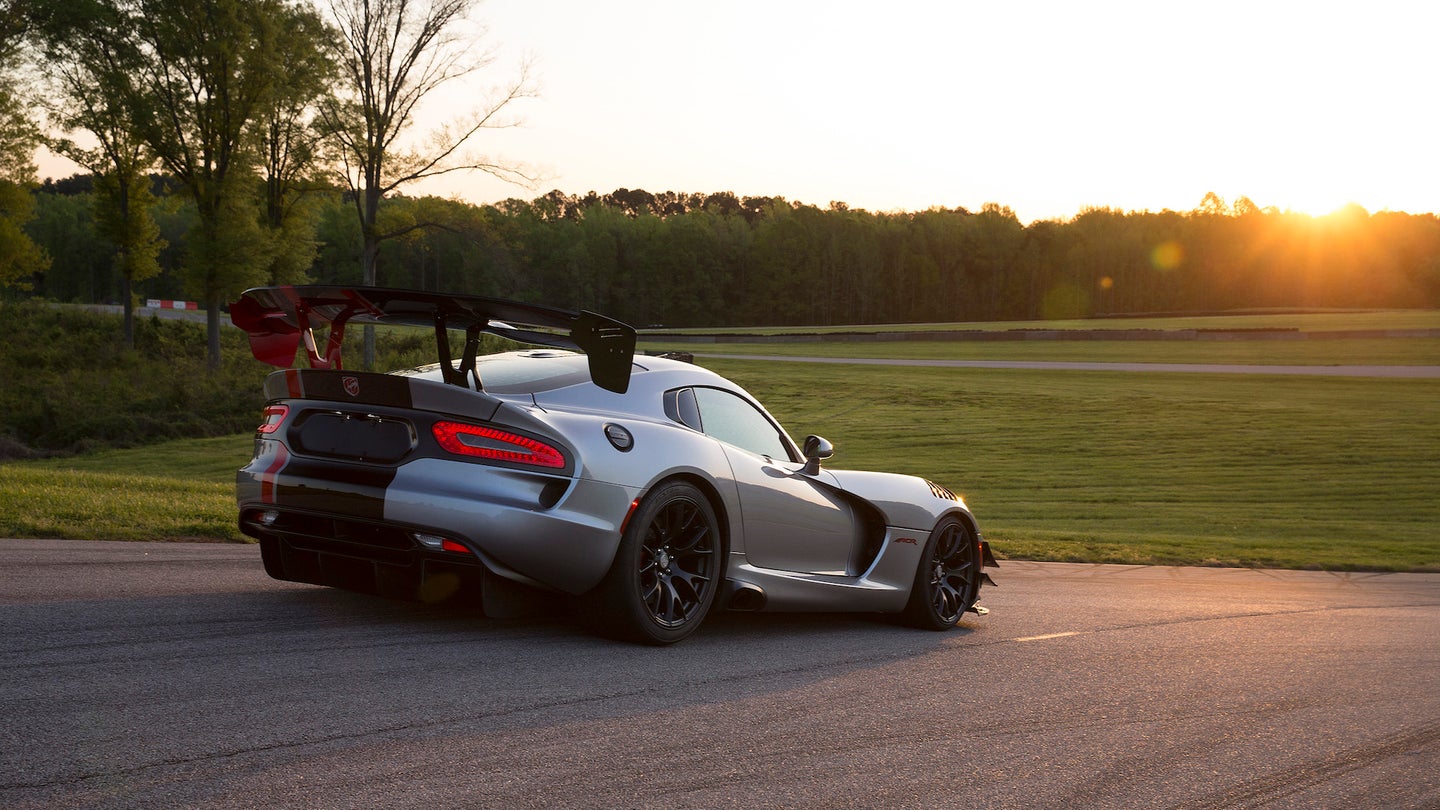 The Dodge Viper ACR is heading to the Nurburgring in an attempt to nail down a 'Ring record once again.

Over the course of four months, a Gofundme page organized by Russ Oasis has surpassed its goal of raising $159,000 to transport a Viper ACR to the Nurburgring for record-setting purposes. According to the fundraiser page, two Viper ACR Extremes are being provided by ViperExchange. The twin Dodge speed machines will be driven by two drivers, Dominik Farnbacher and Luca Stolz, who are both incredibly familiar with the 12.9-mile Nordschleife; Farnbacher set the Dodge Viper's record the last tim it ran the 'Ring, while Stoltz secured pole position at last year's Blancpain GT Series Endurance Cup behind the wheel of a Lamborghini.

According to the Gofundme account, the $159,000 required funds cover shipping the Vipers, the track time, and other supplies and general expenses that might come up. All of the personnel involved. however, are volunteering simply to be a part of the endeavor.

"Our beloved Viper has set 13 track records in the U.S. Let’s go back to Nurburgring and re-take the ultimate international crown as we sail into the sunset,"

In 2011, the Viper ACR nailed the production-car record when Farnbacher managed a 7:12.13-minute lap around the Nordschleife. But if the Viper is to once again shatter the record board, these guys are going to have to go hard; since then, Porsche, Lamborghini, Nio, and McLaren have all moved the goalposts for Nurburgring runs. The current holder of the official production car lap record remains something of a question, as the Nio EP9 and Mclaren P1 LM's street-legality is arguable—but the Viper ACR will need to at least outdo the Lamborghini Huracan Performante's 6:52 lap time.

According to a Facebook post, the lap attempts will happen in July. We can't wait to see what happens.

Dodge has released more information about the Demon’s hellish engine, giving you some ammunition for trivia night.

Plus, the perfect everday carry knife is waiting for you.