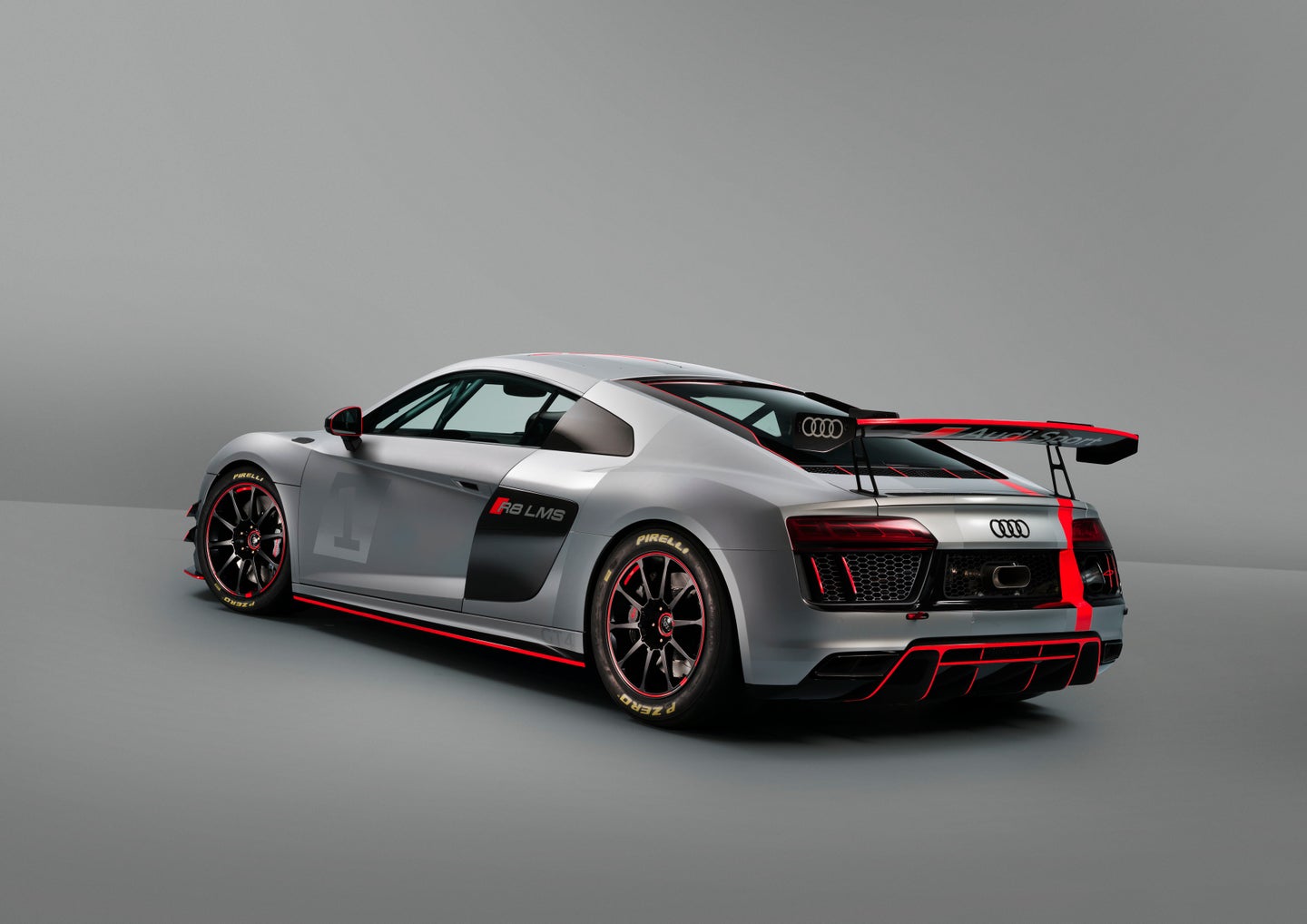 Can’t afford an Audi LMP1 race car? Fine, neither could Audi, which is why they don’t make them anymore.

Next step down: The Audi R8 LMS GT3. Race it in the Pirelli World Challenge or IMSA. No? Still too pricey?

Then perhaps we can interest you in the Audi R8 LMS GT4,shown for the first time this week at the New York International Auto Show. Audi calls it the GT3’s “little brother,” and it shares 60 percent of its parts with the R8 street car. It still has the V-10, and can pump out just under 500 horsepower in race livery. Per the rules, it is rear-wheel-drive – no Quattro. Audi says there are 13 series that race GT4 cars, including IMSA and PWC in the U.S.

It will first race next month in the Nürburgring 24 Hours, and customers can expect delivery by the end of the year. Price? Not revealed, but figure on upwards of $165,000, depending on options and a spare package.

If you haven’t noticed, professional sports car racing is turning, and fast, towards factory-built racers. Not much longer will you be able to buy a street car and turn it into a race car yourself; of course there will always be club racing, but for the pro series, the sanctioning bodies want to collect annual fees from manufacturers who want to sell their cars to race teams.

Yes, the cars are likely better-built and safer. But no, sports car racing won’t be the same without the true privateers.