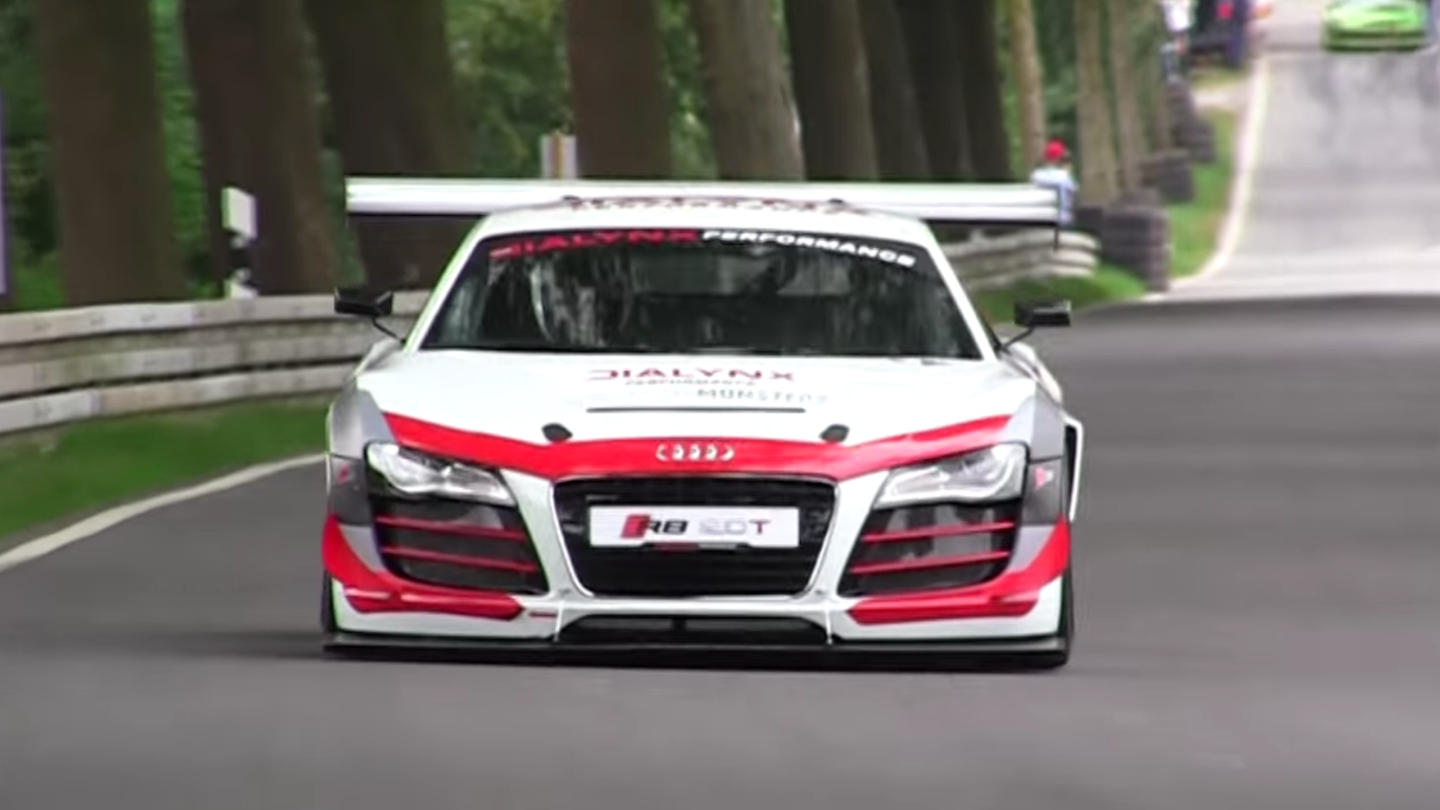 It's rare to hear of a car being fitted with a significantly smaller motor than what it came with from the factory. That's why we can't stop laughing at this Audi R8 race car that's powered by a four-cylinder from a Volkswagen Golf GTI.

The R8 was put together by Keith Murray at Dialynx Performance in England. The car is a purpose-built hill climb race car that uses a modified 2.0-liter inline four from a Mk3 VW Golf GTI with a Garrett HTA turbocharger that spools at 30 PSI. Though it's less than half the size of the first generation R8's 420-horsepower 4.2-liter V8 engine, this modified four-cylinder bangs out 650 horsepower when filled with race fuel.

The engine is connected to a six-speed sequential transmission and a limited-slip differential. All of that, combined with the ultra-light 2,107-pound chassis, should make for a speedy hill climb car.

Though this R8 has made its rounds on the Internet once or twice since the build began to come together in 2015, the magic behind it all never ceases to amaze. So in case you previously missed it, we're sharing it with you once again.

Check out video of the hill climb car in action below. Find the full deets on the R8 build here.