Up close and personal with some truly terrible decision-making. 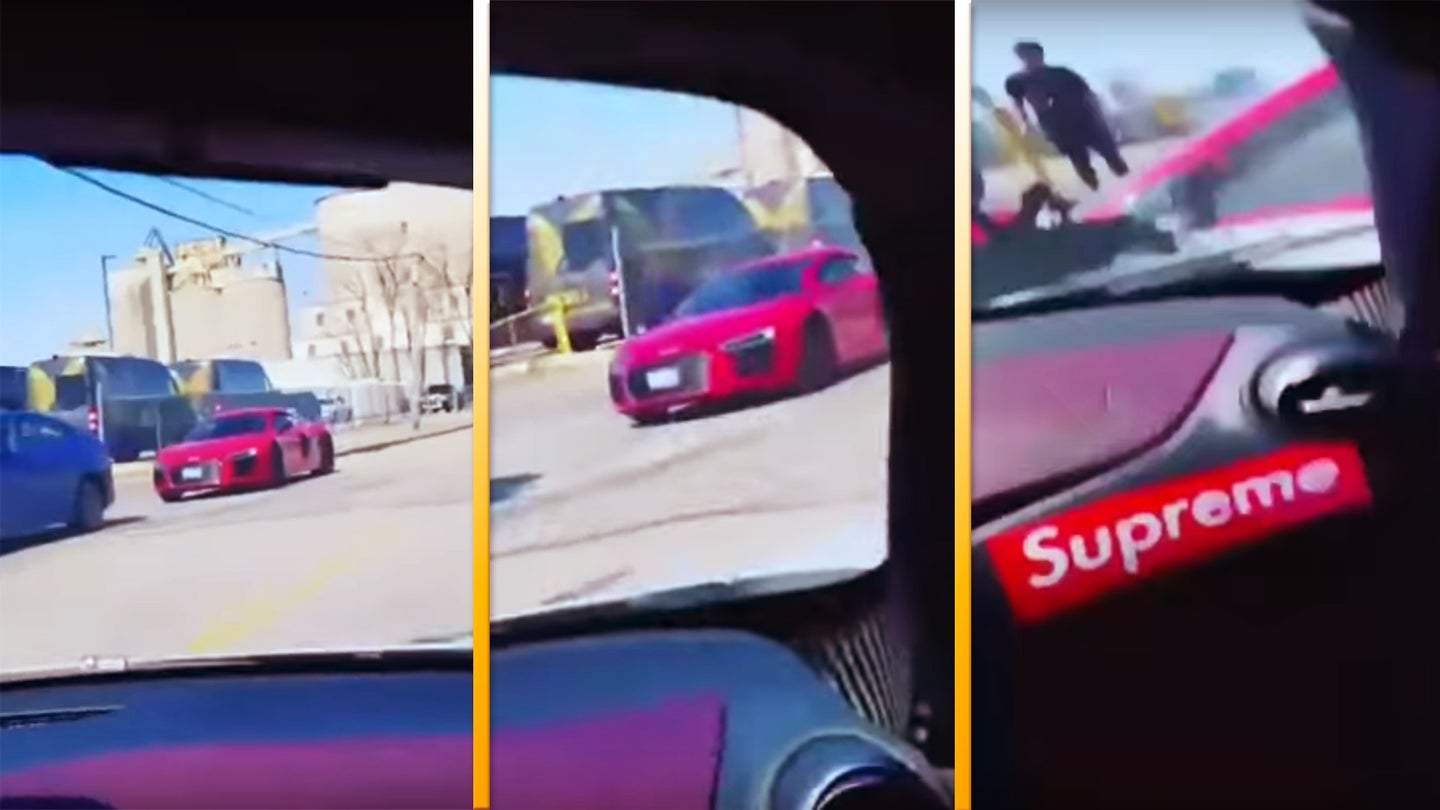 The automotive world watched with a mixture of shock and schadenfreude when video of a terrible McLaren 720S driver launching his $290,000 supercar into a parked Audi R8 in Toronto emerged a few weeks ago. Now, a newly-surfaced clip filmed from the passenger seat of the McLaren takes us along for the ride, and new details about the crash have us shaking our heads harder than ever.

Context was hard to come by when the first clip started spreading around various car forums and Facebook groups late last month. If there were ever a viral video that needed a follow-up, it was the clip showing a shiny McLaren 720S rev its twin-turbo V8, launch off the line, and spear straight into an equally-shiny Audi R8 on the side of the road. What were both supremely expensive cars doing on the same random street? Where was the Audi owner? How could someone be that stupid?

(The original clip plays first, followed by the new onboard view.)

Thankfully, a new report from local outlet 680 News sheds a little light on the supercar smash-up. The cars were part of a larger photo shoot that had been arranged on April 21 at Toronto's Polson Pier, and when a few participants ended up running late, the driver of the McLaren offered to give people rides to kill time. A nice gesture, but a fateful one as well.

The passenger who was along for the McLaren's last ride recorded its demise in full. Identified only as "Mike," he told 680 News that he had never met the driver before, who he said "punched it all the way" and didn't seem to have much experience with powerful rear-wheel-drive cars. The McLaren 720S is underrated at 710 horsepower, and it will bite you if you're not careful.

"It was a scary experience... I was not even looking at the speedo, did not know how fast we were going, so I couldn’t even gauge what kind of impact to expect," he said.

Mike kept recording after the crash, which mostly destroyed the front ends of both cars. As he surveys the expensive, bespoke parts now scattered across the street, the McLaren driver can be seen running to the Audi—two people were sitting inside, though both were reportedly OK—then back to the McLaren, then disappearing out of view. He hasn't been seen since, and police told 680 News that an investigation is ongoing.

Responding officers did find the man's Chinese passport in the wrecked 720S, so it shouldn't be too much longer until he's brought to justice for being a criminally bad driver.