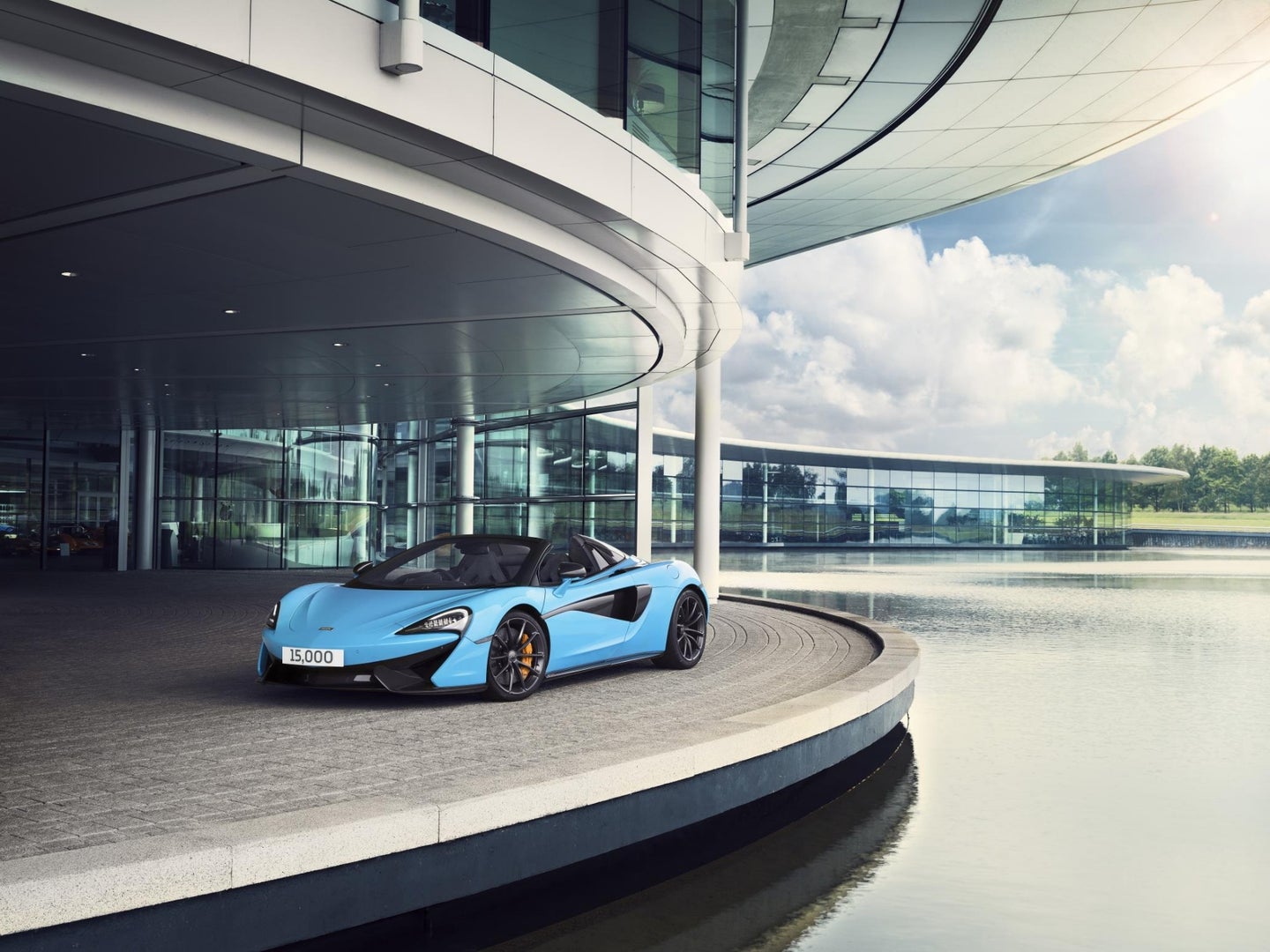 After just seven years, McLaren Automotive is celebrating the production of its 15,000th car, a 570S Spider, at the McLaren Production Centre (MPC) in Woking, Surrey. The milestone vehicle is from the company’s Sports Series family and painted in Curacao Blue.

The company reached this milestone in less than 18 months after the manufacture of the 10,000th car in December 2016, which indicates the growth in both customer demand and production operations. With the introduction of a second manufacturing shift in 2016 to match global demand, production of hand-assembled McLaren vehicles has doubled from around 10 cars a day to 20, with over 90 percent of vehicles built in Woking and retailed at 85 dealers in 30 countries.

The company’s Track22 business plan, announced in 2016,  will see the company invest $1.33 billion in research and development to deliver 15 new cars or derivatives by the end of 2022, of which at least half will be hybrids.

In 2017, McLaren sold a total of 3,340 cars, a record for the company, owing much of its success to two new products: The 570S Spider within the Sports Series and the 720S within the Super Series. In comparison, rival Italian supercar manufacturers like Lamborghini sold 3,815 units, while the Maranello-based Ferrari sold 8,398 units.

Around two-thirds of sales in 2017 came from the Sports Series and one-third from the more exclusive Super Series. The new Ultimate Series model, the McLaren Senna, has recently entered production and the first of 500 customer cars is due for completion soon.

Mike Flewitt, chief executive officer for McLaren Automotive said, “Reaching 15,000 cars built is a significant milestone for McLaren Automotive and comes under 18 months after we hit 10,000 vehicles, showing how demand and production have increased. The Sports Series has been pivotal to driving this growth, with the 570S Spider now the most popular of the range. The fact we are now able to produce 20 cars a day is, of course, a great testament to the hard work and dedication of every one of our workforces, who should feel justifiably proud and part of this great team effort.“

The McLaren Production Centre in Woking was designed by Foster and Partners and took 14 months to build from breaking ground to when the first car, a McLaren MP4-12C, was signed off for shipping on July 18, 2011.