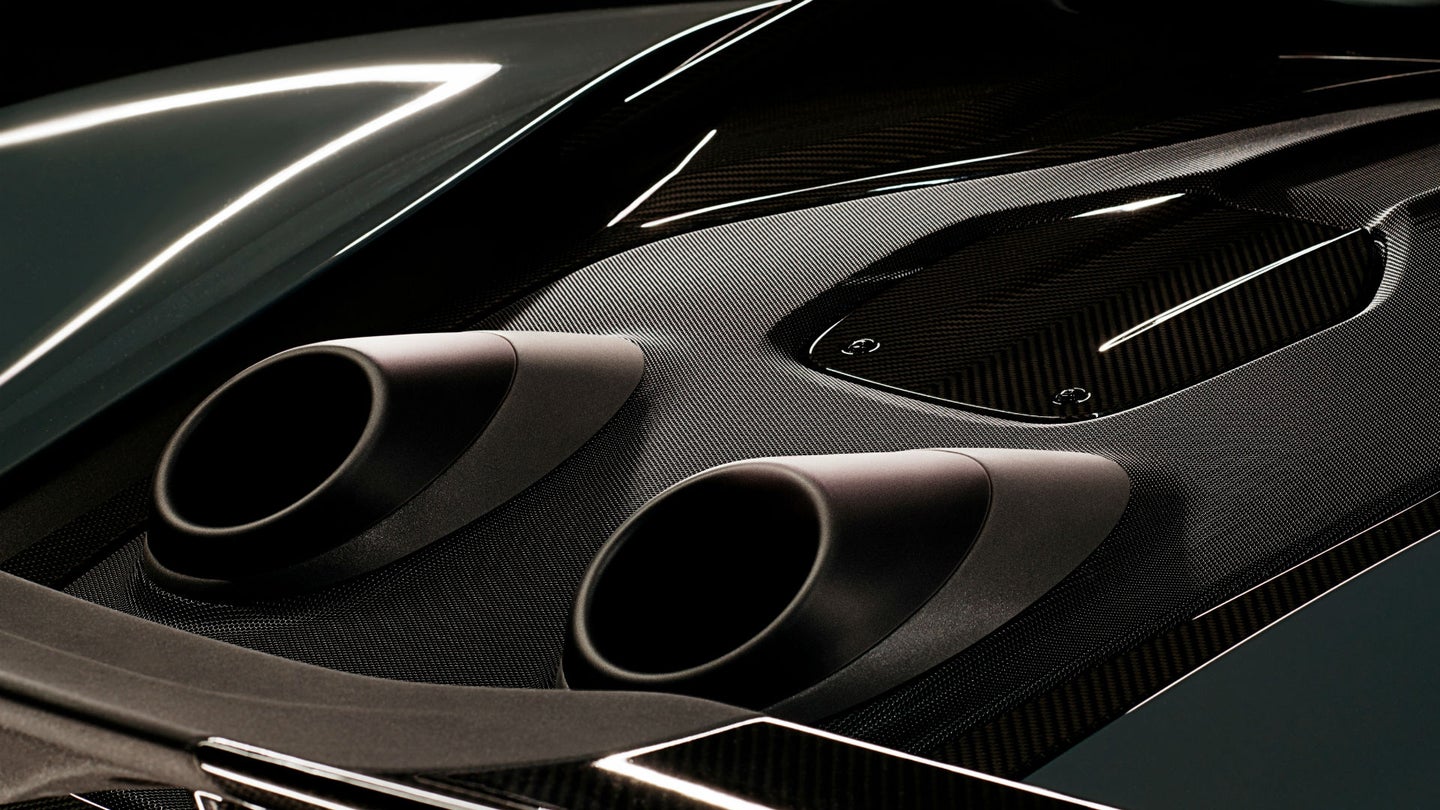 McLaren Automotive has revealed more information about its upcoming Sports Series car, an offshoot of the 570S supercar that promises more bang for more buck. The supercar company will debut this mysterious new model variant online at the end of June, but it's blessed us with another teaser image and a few more details to stew over before next week's official introduction.

Like what the McLaren 675LT was to the 650S Super Series model a few years ago, this new variant will be based on the 570S—if the 570S did CrossFit for a few months. Power is up, weight is down, and there's more aerodynamic components to start. These updates promise to give the car a more visceral feel on the track. According to the new picture McLaren posted, the 570S-on-steroids will also have a pair of top-exit exhaust pipes like the Porsche 918 Spyder.

Another characteristic the car shares with the 675LT is that it will be limited-production. McLaren may even produce fewer units of this model than of the Senna hypercar, which is limited to 500 vehicles.

This car is the fifth vehicle announced under McLaren's Track22 business plan, a strategy to deliver 15 new models and model variants by 2022, half of which will use a hybrid powertrain.

The vehicle's name and full pictures will be posted online on June 28, just two weeks before the Goodwood Festival of Speed in the U.K. Fans will get to see the new track-focused 570S variant in action as it blitzes up the Goodwood Hillclimb on July 12.

If this McLaren’s Joker paint job doesn’t put a smile on your face, its exhaust note sure will.