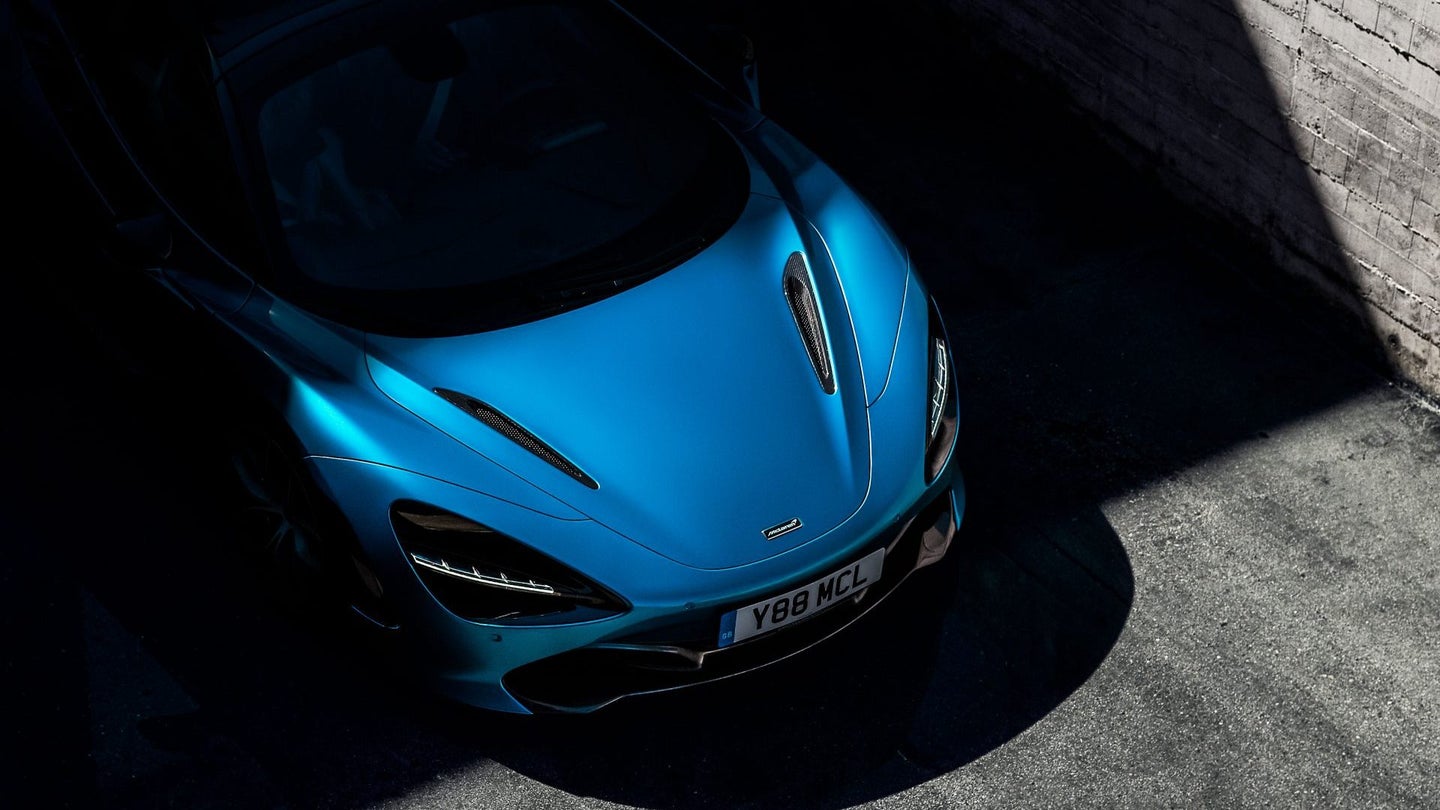 McLaren has released teaser footage of what will definitely be the 720S Spider. Actually, the company's release doesn't explicitly say whether this is the Spider or even a convertible but it did refer to the car as a new McLaren supercar "set to raise the roof." So yeah, it's probably the 720S Spider.

The convertible McLaren will be the second car to be released under the automaker's $1.6-billion Track25 business plan that aims to introduce 18 new models by 2025 and hybridize its entire lineup by the same year.

The first Track25 model, in case you're keeping, er, track, was the 1,035-horsepower Speedtail. It's a radically-styled, $2.27 million addition to McLaren's Ultimate Series of hypercars said to be capable of 205 miles per hour and restricted to just 106 units. Despite all of that, its most interesting talking point is perhaps its McLaren F1-style, center-positioned driver's seat.

The 720S Spider will be revealed Dec. 8 which seems like a weird time to unveil a convertible supercar, with Old Man Winter comfortably making himself at home.

The regular 720S is powered by a 4.0-liter twin-turbo V8 that makes 710 horsepower and 568 pound-feet of torque, and we expect the drop-top version to get the same. Capable of nine-second quarter miles from the factory, the Super Series McLaren uses a dual-clutch automatic transmission so fast and so smooth that it manages to confuse advanced data loggers.