Two of the three MSO-tweaked Maccas have already been spoken for. 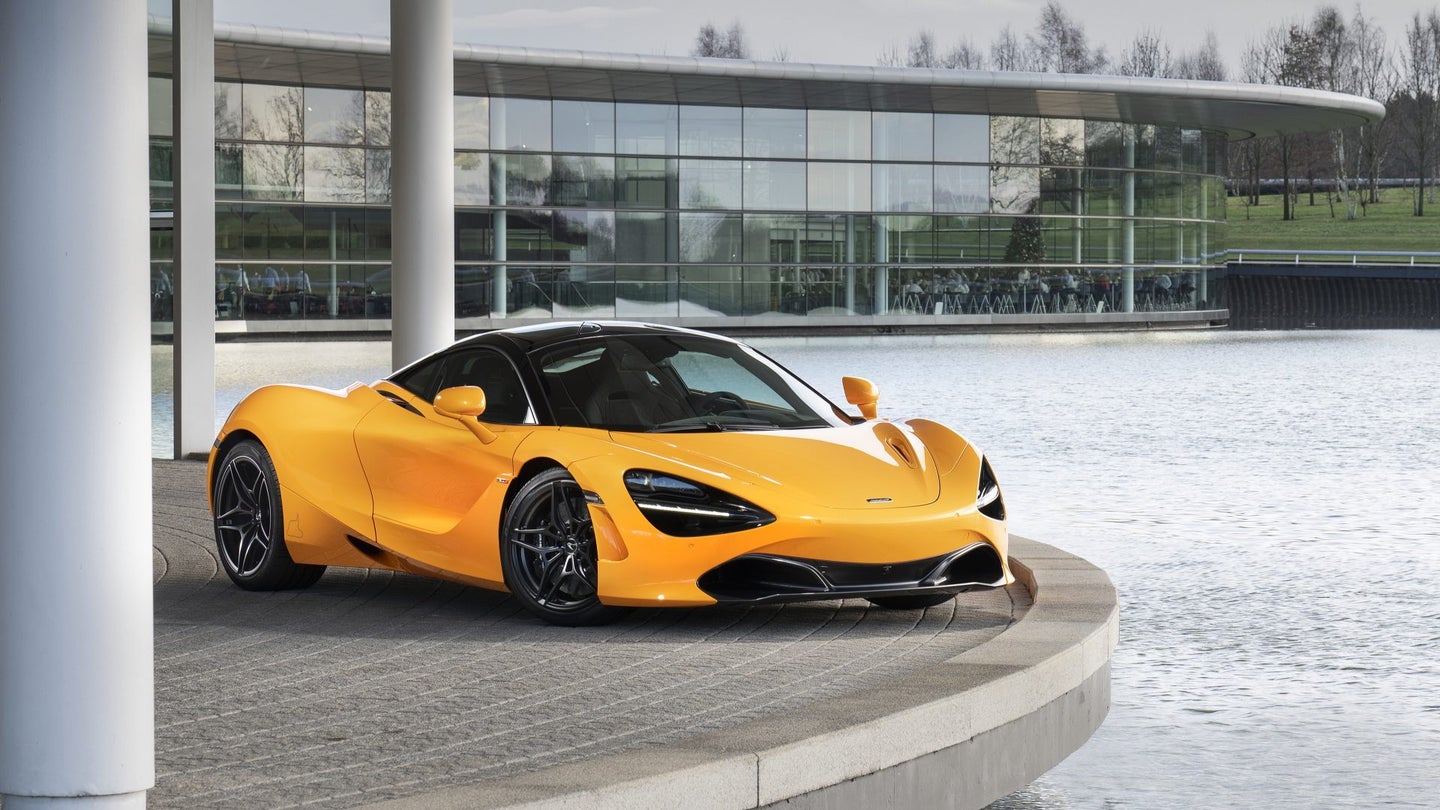 McLaren Automotive announced Thursday that its personalization and performance wing McLaren Special Operations (MSO) has created a limited-edition version of its 720S supercar to celebrate the 50th anniversary of the marque's first win in Formula 1.

Said win was at the 1968 Belgian Grand Prix, which came just one race after the pivotal introduction of wing downforce to F1 by Lotus at Monaco. Though rival teams Ferrari and Brabham copied Lotus's wing use, McLaren kept its M7A wingless for the long, fast Circuit de Spa-Francorchamps, then a 14.1-kilometer goliath of a street circuit whose ferocity rivaled the Nürburgring.

Starting sixth, Bruce McLaren commandeered the car bearing his name through a grueling, 28-lap race that saw just eight of its 18 starters finish, and only three on the leading lap. Bruce carved his way to second place by Lap 27, when leader Jackie Stewart ran out of fuel, giving McLaren the lead for the race's final lap. It would be the first of 182 race wins so far by McLaren in Formula 1, though sadly, it would be Bruce's final Grand Prix victory behind the wheel.

The Kiwi would no doubt be proud of the car meant to celebrate his team's first F1 triumph. Three 710-horsepower McLaren 720S supercars were earmarked by McLaren Brussels in Belgium for customization by MSO, which painted the trio in Papaya Orange and bedecked them in Spa-Francorchamps paraphernalia. Track script adorns the key fob, headrests, and door jams, while old-school, full-length Spa motifs decorate the headrests and rear fenders.

McLaren says customers have already spoken for two of the three cars, and that the third will go to the first client to raise a fistful of euros. There are few cars better-suited to experiencing the grandeur of Spa-Francorchamps today, and most of the ones that do the job better aren't road-legal. Time to get out those checkbooks.