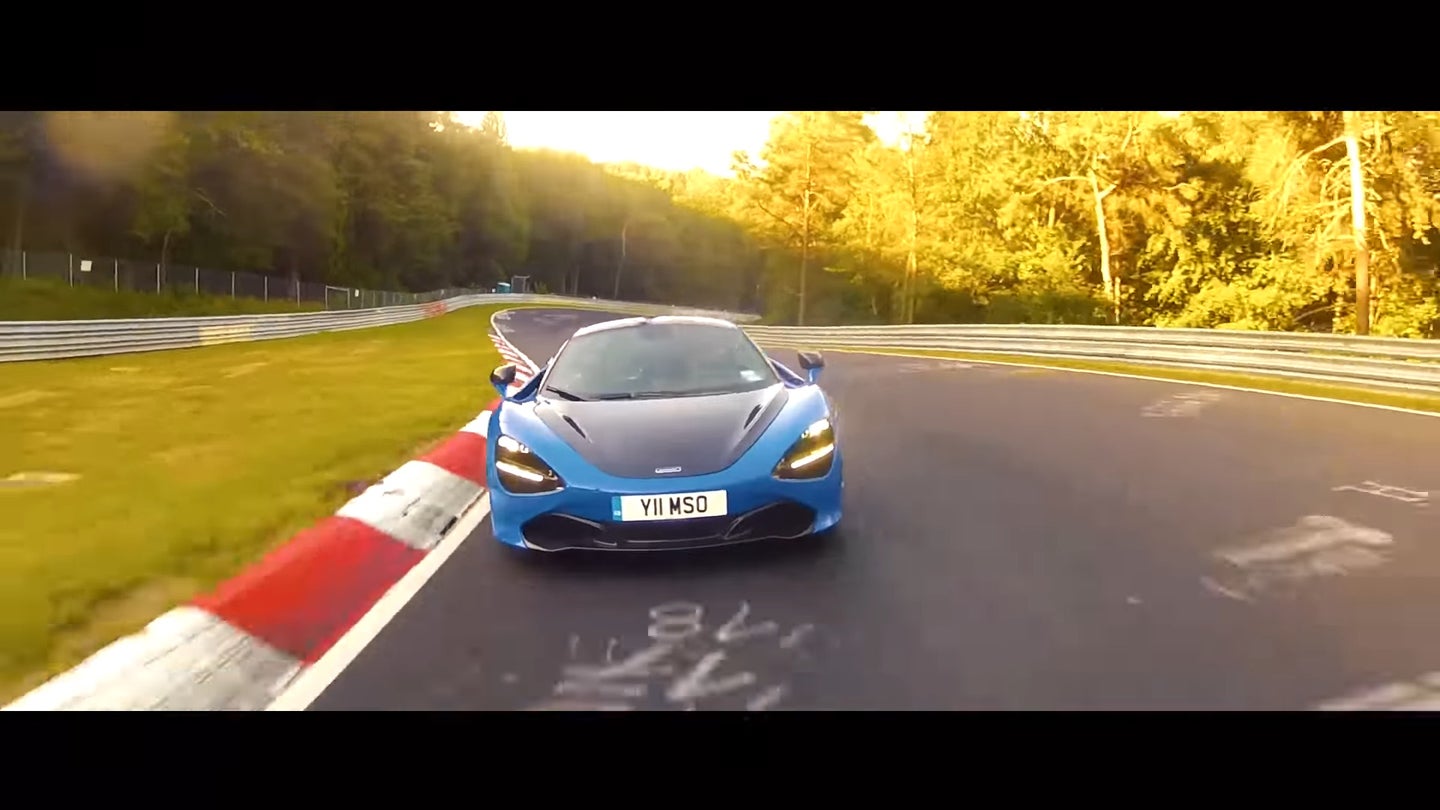 A bone stock McLaren 720S supercar has lapped the Nürburgring's famous Nordschleife circuit in 7:08.34, making it the sixth-fastest production car to ever tackle the Green Hell.

German magazine Sport Auto's tame racing driver Christian Gebhardt is responsible for wrestling McLaren's Super Series supercar around the track, setting a blistering hot lap that cemented this car on the Nordschleife leaderboards. Gebhardt was the man who made the papers two years ago when he posted a 7:11 lap time in the Mercedes-AMG GTR, and his McLaren run knocks the Beast of the Green Hell's impressive time down a few pegs. The 720S now sits comfortably between the Dodge Viper ACR (7:01.03) and the Nissan GT-R Nismo (7:08.59).

However, the 720S did complete its lap with zero modifications, and on regular ol' high-performance summer tires to boot. The tires used, Pirelli P Zero Corsas, are no slouch on a race track, but nowhere near as potent as the Trofeo Rs manufacturers are using to set new lap records every other week. With some stickier tires, a sub-seven minute lap is possibly on the table for the Macca.

The run also proves that McLaren's mid-tier supercar is a true jack-of-all-trades on smooth tarmac—it can run nine-second quarter-mile times on a drag strip all day long and tame the world's toughest tracks on the weekends...though we can't say the same for its off-road capabilities.