The driver had to be airlifted to safety. 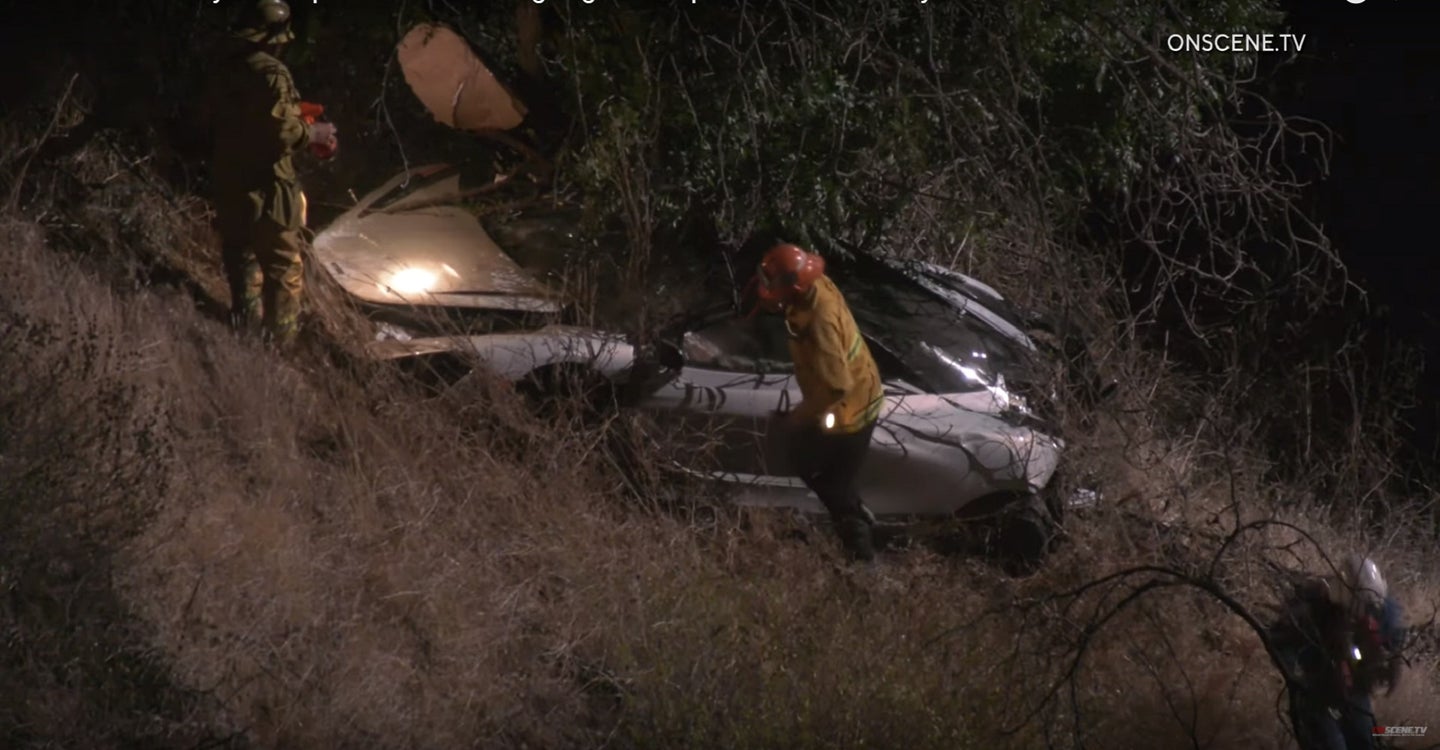 A man was taken to a hospital via helicopter after crashing a McLaren 720S along the popular Mulholland Drive in Beverly Crest, California. According to CBS Los Angeles, the McLaren flew off the road and down a hill near Deep Canyon Drive Sunday night, prompting land and air search and rescue efforts.

Reports claim that a Los Angeles Fire Department helicopter first spotted the crash scene from the air and quickly lowered in a rescuer while others afoot zeroed in on the car. Given the crash scene's topography, it took ground crews longer to reach the car but were eventually able to help with the air evacuation. The driver, an unnamed 50-year-old man, was reportedly conscious but had allegedly "hurt his ribs."

A dramatic rescue video published by OnSceneTV shows just how far the McLaren flew off the road, as well as the rescuers' struggle to reach the car. Although details are scarce, it appears that the $285,000 McLaren was kept from rolling further down the hill by a large tree. Considering a residential area can be seen at the bottom of the hill, there's a reason to believe that this could've been a much nastier situation had the car kept rolling.

The McLaren 720S is, by all means, a modern-day supercar and despite its electrical nannies, it commands respect and skill behind the wheel. Its 4.0-liter twin-turbo V8 produces a thunderous 710 horsepower, which it will gladly use to rocket you all the way to 212 miles per hour. Zero to 60 happens in just 2.8 seconds, meaning that the victim in his fifties could've been easily caught off-guard by all that performance, even more so on a curvy road and especially at night.

This isn't the first time a McLaren supercar tumbles down a hill on a picturesque California road. The Drive contributor Sean Evans was involved in a scary crash where the McLaren 570S Spider he was riding in left a mountain road outside Ojai at 70 mph, flew 225 feet into the air, and barrel-rolled twice before coming to a complete stop 70 feet down a hill. Evans and the driver sustained only minor injuries.

Perhaps there are several takeaways from these harrowing stories. One: slow down. Two: slow down. Three: McLaren builds extremely safe cars.

Only six cars will be made with MSO’s colorful “Racing Through the Ages” themes.