All the not-so-subtle details prove this is more than an ordinary 720S. 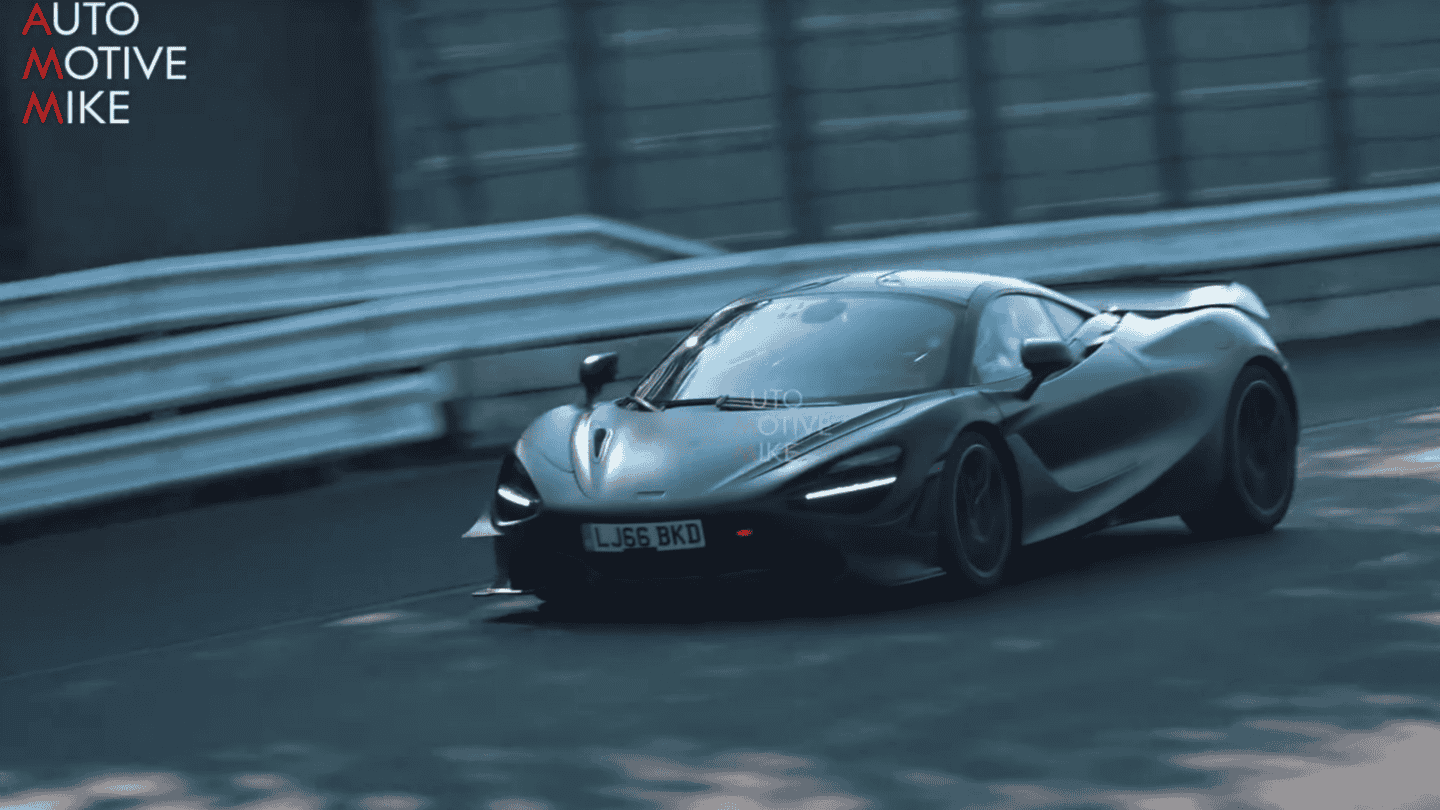 British supercar maker McLaren is in the midst of overhauling its lineup, executing its latest initiative to divide its vehicle range into three different series: Sports, Super, and Ultimate. While most of its entry-level Sports Series cars are currently out and available, the automaker is currently in the process of bolstering its mid-range Super Series and the next car due is a allegedly a hyped-up version of the 720S. That said, a video has surfaced spying a McLaren prototype hustling around the Nürburgring Nordschleife, giving us a glimpse at what could possibly be a Macca 750LT.

This supposed "Long Tail" model, based on the current 720S, could be the next step up in McLaren's range with added power and enhanced cornering capabilities thanks to added aerodynamic features, which are clear in the video.

Although not confirmed, this car is certainly no ordinary 720S. The more aggressive aerodynamic bodywork on the front fascia doesn’t share any common traits with the available aftermarket body kit offerings for the 720S, ruling those possibilities out. And not only are the air ducts larger than the 720S's, but there are also winglets integrated into the front bumper. Upon further inspection of the McLaren in the video, an integrated roll-cage can be seen inside the car’s interior.

Peer at the back of the car and you'll see a fixed rear-wing versus the 720S’s retractable version, while the tailpipes exit from the top of the bumper like the standard car, although these are considerably larger.

Put all of these details together, besides the fact that the ‘Ring is a common test location for automakers, and it really seems like this is prototype is the real deal.

It’s 700 times cheaper than the real thing but still has scissor doors and an infotainment system.